Wherever I Look
Recaps, Reviews, and So Much More
Home TV Series Pose: Season 2, Episode 5 “What Would Candy Do?” – Recap, Review (with Spoilers)
TV Series

Pose: Season 2, Episode 5 “What Would Candy Do?” – Recap, Review (with Spoilers)

With the opportunity to dance for Madonna coming up, Elektra and Blanca show who they are as Damon and Ricky grow close, once again.

With Vogue dominating the charts, and Damon teaching classes, it is only natural that a scout would come about and want him for a tour. Unfortunately for him, though, a few things stand in his way. One being Ricky, and Elektra willing to do whatever, even break a foot, to be rubbing shoulders with Madonna.

But one of the bigger obstacles, surprisingly, might be Blanca. How and why? Well, while she sees this audition as a grand opportunity, Damon is one – one – semester away from getting his degree. So if Helena doesn’t approve, she plans on not supporting. Thing is, Helena gets it. She, like Damon, was given a grand opportunity to be seen by an audience usually not exposed to someone who looks like her, who represents the background she does. So when it comes to auditioning, she supports him going out there and being seen. Just as long as he comes back and finishes what they started after.

A Haus Is Not Always A Home: Ricky, Blanca, Elektra, Damon

Aside from the whole hammer situation, one of the things Elektra pushes is the idea she is a provider, not someone who will nurture and baby her children. She is not Blanca. Which pushes Ricky, and many of Elektra’s children, to realize, as we saw Blanca did in season 1, who they are living with. Now, whether that may lead to a new house eventually? Who knows? What is clear is that there is a stark different in Elektra and Blanca as mothers and Damon is smart, and lucky, Blanca found him for the love he receives from her drives him more than the metallic pump keeping Elekta alive. While their families are hyping them up, battling it out, and stirring up drama, Ricky and Damon don’t really participate. After not being together for months, perhaps weeks, and a history which stretches out over years, being in close proximity has them thinking about the future – their future. Which for Ricky, considering how Elektra is, his most recent ex, and maybe him tired of being a ho, has him remembering his time with Damon fondly.

As for how Damon sees things? Don’t get me wrong, he misses him. It’s just he is just getting over the hill and the work, dancing, is making him happy. So he doesn’t want Ricky messing that up intentionally or by sheer stupidity. But what he does want to be is friends. Hence why, when the Madonna auditions don’t work out, and then end up with the opportunity to be on Solid Gold, Damon sticks up for Ricky. Also, when Ricky offers to start over, Damon offers his hand and not his lips. For starting over for him means friends. Not repeating their past.

It Was A Nice Light Episode After The Candy One

Between the focus being on Damon and Ricky, the sas coming out of House Wintour, and being an episode focused on dance, we got a nice reprieve. One which reminded us of Lil Papi and Angel waiting in the wings, as well as Angel’s career going strong, and we even got to see Helena. Someone whose face we haven’t seen since season 1, I want to say.

Teach The World Who You Are

Speaking of Helena, that one line she delivers, “Teach the world who you are” reminds you why representation is so important. She notes her time working in front of all-white theaters and look at her now. Working at the New School, accomplished, revered, and all because someone opened the door for her. Either someone who looks like her or someone who sought talent over skin tone. 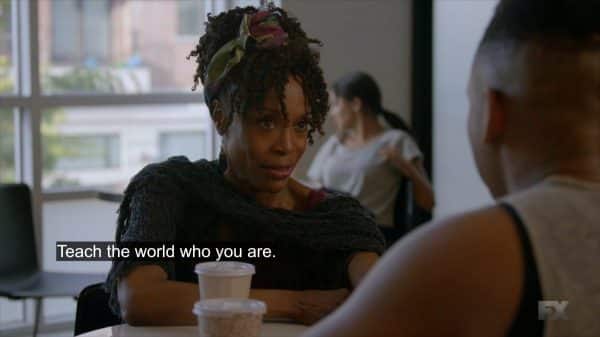 Helena: Teach the world who you are.

In many ways, she reinforces what Blanca has been saying. The idea of bringing more than you but your people into your work. It is perhaps the driving force of what gets Elektra to back down. This idea that if one of us make it, then we may not need the Madonnas of the world but have one of our own to make way for us. Which isn’t to put down Madonna but note that an ally is usually only an ally as long as it suits them. And with them not being of a culture or people, there will come the point where they return to their privilege since they have that option.

Not to say they abandoned their fans, friends, and chosen family, but they have the option. That is compared to those like Damon who didn’t visit, but came from the Ball culture, was partly raised by a trans woman, and to who voguing isn’t a trend but was something which had long gave him validation and praise.

I guess what I’m trying to say is, when it comes to Blanca, what she is raising are people who can be leaders of the community while Elektra is raising singular stars. The kind who may not outshine her, but will make her light more brilliant. And, honestly, as much as this episode seemed like another step back for Elektra, in terms of her making fun of House Evangelista, and Blanca’s looks, it just reinforces how deep diversity goes on this show. 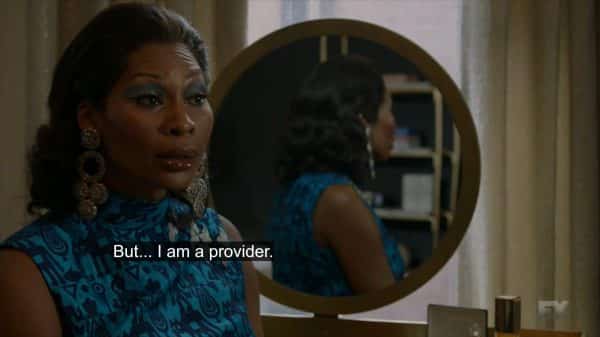 For Pose could easily be a constant representation of us vs. them, but it breaks it down and shows the division that exists amongst the LGBTQ+ community. Something that is unfortunate, but reminds you these people are human. As Elektra notes, while a woman, she is not maternal. She’d rather be a provider and, like an old school father, throw money at problems and only give praise when you prove yourself to be a good investment. But, if you aren’t, she’d disown you like a coat she found out was made with imitation material.

Which we’ve seen when it comes to Candy, Lulu, and I’m sure other mothers are the same. Yet, then there is Blanca. Someone who may not live lavishly but has a huge heart and is so maternal you’d think she’d birth her children. And while the dichotomy of the two presents this idea of good and evil at times, you have to remember the age difference at play.

As noted many times in season 1, Elektra has some years on her. When she was coming up, while houses may have existed, they were not like they were in Blanca’s day. So her attitude is that of a past generation and what it took to survive. You didn’t baby, you made tough, hardened your children so the world’s stabs would hit hard rock or steel. 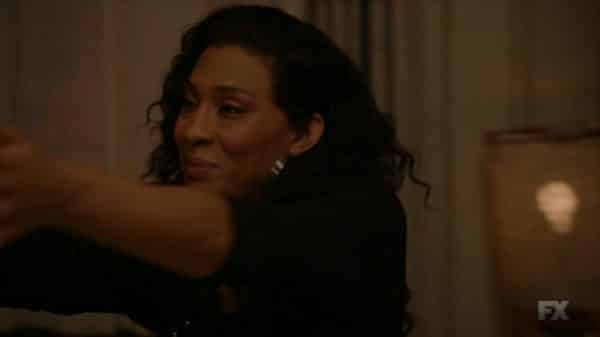 That is, compared to as we see with Blanca, even the current generation of kids, where you are allowed to experience and express your emotions. Also, you are encouraged to do so. Which is all to say, since this is a borderline a rant, this episode renews your appreciation for how far the LGBTQ+ community has come where it isn’t just about survival but the possibility of thriving. Especially out loud and proud.

Am I Allowed To Say I Find This Ricky Thing A Bore?

Be it because Damon and Ricky are babies, or since their drama doesn’t go beyond their relationship, does anyone else feel they are boring in comparison to everyone else? They don’t have Pray Tell and Blanca’s issues with AIDS, they aren’t trans so they don’t have that angle, and unlike Lil’ Papi, there isn’t this sense they are these notable romantics. They are just two gay dancers with one being a straight-up twink in Damon and Ricky being a messy ho who sometimes wants to settle down.

Their plot is something straight out of FreeForm, and while it is appreciated, at least for this episode, I can see why neither have been heavily featured so far.

It Was A Nice Light Episode After The Candy One - 84%

I know you are already onto the next episode, but I am (obviously) behind. I just recently watched this episode. I want to say that I LOL to your “they are boring in comparison to everyone else” question. The answer is YES! In fact, I know that you appreciated the lightness of this episode after the heaviness of the last one. But I felt let down at the end of this episode, and I think it was because the previous episode, like so many of this season’s, have been so strong and topical, and this one was just too light and a bit too dull for me. Damon and Ricky are going to be just friends. O.k. (yawn). Versus Candy was murdered by a racist, homophobic john. Or there is an island where those who died of AIDS and were unclaimed by friends or relatives are buried by guys in hazmat suits. Or Blanca and Pray Tell now have full-blown AIDS and have to start taking AZT. Damon and Ricky just don’t hold my interest like those other story lines do, even with Elektra imitating Tonya Harding.