The thing which the first two episodes sorely needed are given: Rachel and Jack being the main focus.

Answering the question: Why did Hester have blood on her nightgown? The reason is she was forced to have an abortion. Let me step back. Before Christmas Eve, when Rachel was killed, Hester ran away and married a man named Simon. For, like many of Rachel’s kids, there just came a point where Hester couldn’t deal with the demands and expectations of her mother.

Now, as for how she survived, considering everyone but Tina and Mickey seemingly never had a job? Well, it is assumed her husband Simon handled things. As for how she met Simon? Who knows? All we know is that Jack attended the wedding and Kirsten was the sole person Hester trusted in the house, outside Jack, when it came to knowing about what was going on.

Unfortunately, Rachel goes through Kirsten’s mail one day and discovers Hester is married and her address. Leading her to show up, give Simon £500 to take off, drug Hester, force her to abort her 3-month-old child, and take her back home. 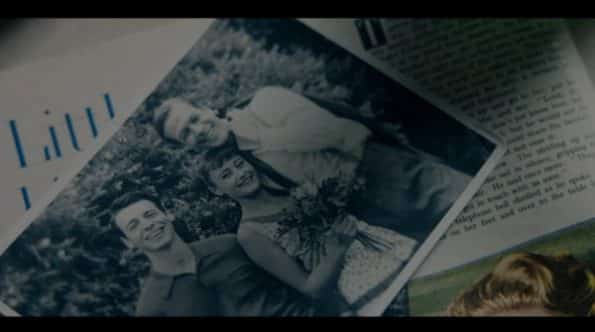 When confronted by Mary, it is asked why she adopted her? She tells her simply because she was sad. A strange reason, I’m sure, but it does kind of explain why she is so possessive over some than others. In regards to Hester, whose age has to be something rather young, I think Rachel’s issue stemmed from, at the very least, not having a complicated relationship with her like she does most of her children. It isn’t a love despite some of her actions. Plus, Hester might have been the first to run away from Rachel. A surprise, I know.

Yet, let’s consider that Hester, being the youngest, saw how Mary, Tina, even Mickey were treated no matter how much they tried to impress Rachel. Heck, her lack of affection towards them even when they did well probably was a factor. For really, how long can you take emotional abuse from someone before you snap? And while they all know Rachel isn’t their mother, it isn’t like they could, or seemingly want to, find their biological families. She is all they have and so they’d rather leave than hate her. It is just, unlike Tina, perhaps Mickey as well, Hester decided to leave on her own terms and without permission.

Let’s begin with Tina. Be it because she usually excelled at whatever Rachel requested or simply didn’t cause trouble, arguably she had to be the favorite. She was even given a job and allowed to have a flat. Something that, seemingly, only Mickey was able to also have or accomplish. However, even she didn’t get the type of affection everyone else craved from Rachel. She tried to hug her and was admonished like a dog who liked her face knowing she doesn’t go for that. But going from the favorite to the most vile comes quickly after Jack reveals Tina and Mickey had a thing going – a sexual thing.

From there, she is a slut and other so many other disparaging words. The kind which, since Tina isn’t used to hearing Rachel say that, effectively destroyed her sense of self as well as her relationship with Mickey at the time.

Leading to the need to address Jack. As has long been made clear, while the others just dealt with Rachel not being the most affectionate and cold, Jack challenged her. He wanted a reaction, some kind of emotion out of her, but she never gave him the satisfaction. That is until the aforementioned reveal that Tina and Mickey were together. With that, she decides to reveal he wasn’t picked up from an orphanage but is Kirsten’s son. This is perhaps the most damaging thing ever said and damn near shuts the boy up.

Well, until he visits Kirsten to confirm then go out drinking to clear his head. Alongside figure out who his dad might be based off the way Rachel and Hester were hesitant to say anything. 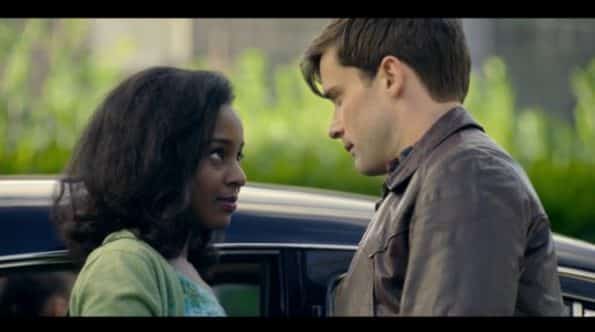 There is a serious need to ask why. beyond sadness, did Rachel take on this many kids? Did she feel like she kept failing with the ones she adopted so over and over she went to the orphanage for more? Because, while all of them seem to care for her some kind of way, there is a need to wonder who adopts kids with no attention to let them touch you? They can’t even hug you without being treated like they lost their damn mind.

With that said, there is a need to question how Rachel’s will was set up because that isn’t mentioned what so ever in this series. Which seems weird since that would guide suspicion. By default, you know Leo would get all if not most, but I’m surprised something wasn’t designated to her kids specifically. And considering 18 or so months past from the murder, and how hands-on Rachel was when it came to finances, you’d think something would have been said or established.

But, then again, what was Rachel even rich by anyway? Outside of a car shop Mickey worked at, with the family name on it, did they ever go into Rachel’s wealth? For with taking note Rachel gave Simon £500, which equated to £500, which equates to nearly £25,000 now, she has to have more than just that shop. Add in she could afford a bomb shelter in her home and it means she has to have some type of mine or something in her family.

Speaking of family, I wonder why did Tina and Mickey pair up? Not just as kids but romantically later on? Was it simply sexual attraction or him always being there for her? Also, how did their siblings feel about it? I’m sure they noticed something. Mary probably wasn’t happy about it, but she disliked them all for one reason or another. Jack saw it as material to keep him in the house but, what about Hester? Heck, what about Kirsten? Surely, with how she sneaks about the house, she had to have seen or heard something right?

After all this information, you may be asking: So who killed Rachel? Well, Leo. Long story short, Rachel caught Leo cheating on her with Gwenda and between Kirsten, Gwenda, and who knows who else, Rachel rather weather the scandal than stay with him. Which, considering Leo was just a failed and kept writer, he couldn’t deal with her cutting him off. So, using an Egyptian looking piece they owned, he whacked her on the head. Hard enough to do damage but not so hard it instantly killed her. Instead, she spent a while still alive before Kirsten found her and she died in her arms.

As for Jack? Well, with Jack awaiting a trial, so he could air out all of Leo’s laundry from likely raping his mom to probably killing Rachel, Leo arranged for him to be killed. Thus handling that mess.

Fast forward to the present, while Leo seemed rather fine with Arthur going to the cops and all that, he decides he’d rather the man committed. Well, re-committed. However, with Kirsten revealing everything she knows, combined with what Arthur says, everyone is against Leo. Leading to Gwenda being told he drowned himself, or something similar, when, in truth, he is trapped in Rachel’s bomb shelter. 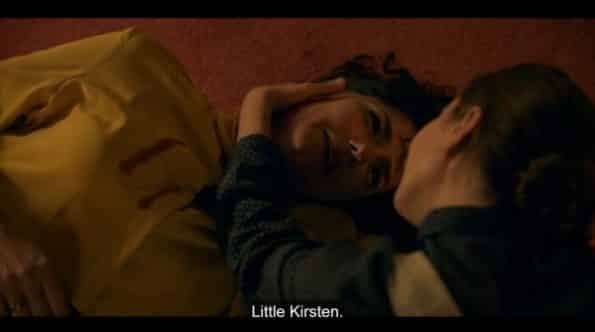 Quick question: What was Rachel taking pills for? That was heart medication or was she addicted to painkillers? For when she was in the bunker, she looked like a fiend dealing with withdraw symptoms. Also, while part of another topic, what exactly did she put in Hester’s sweet milk?

Those questions aside, again, serious need to ask what did Rachel see in Leo? How did her parents react? Hell, what was Rachel’s childhood like? In the first episode, it was noted this felt really rushed but maybe more so it is just there are details missing that you can get caught up on. Especially with us finally getting an episode which mostly focused on the two murder victims. It really pushes you to want more from them since their siblings/ children didn’t leave as strong as an impact.

As for the murder verdict? Well, I must admit I wasn’t invested enough for a shock really. You get so drawn into each person personal drama that the murder just doesn’t really seem like a big thing. Everyone had a reason to hate her, Jack was no saint, and both made life a bit hellacious for the family. Now, if we got to see Rachel and Jack softened up in episode 2, like we did this episode, maybe my feelings would be different. However, there is a too little too late vibe with how this ended.