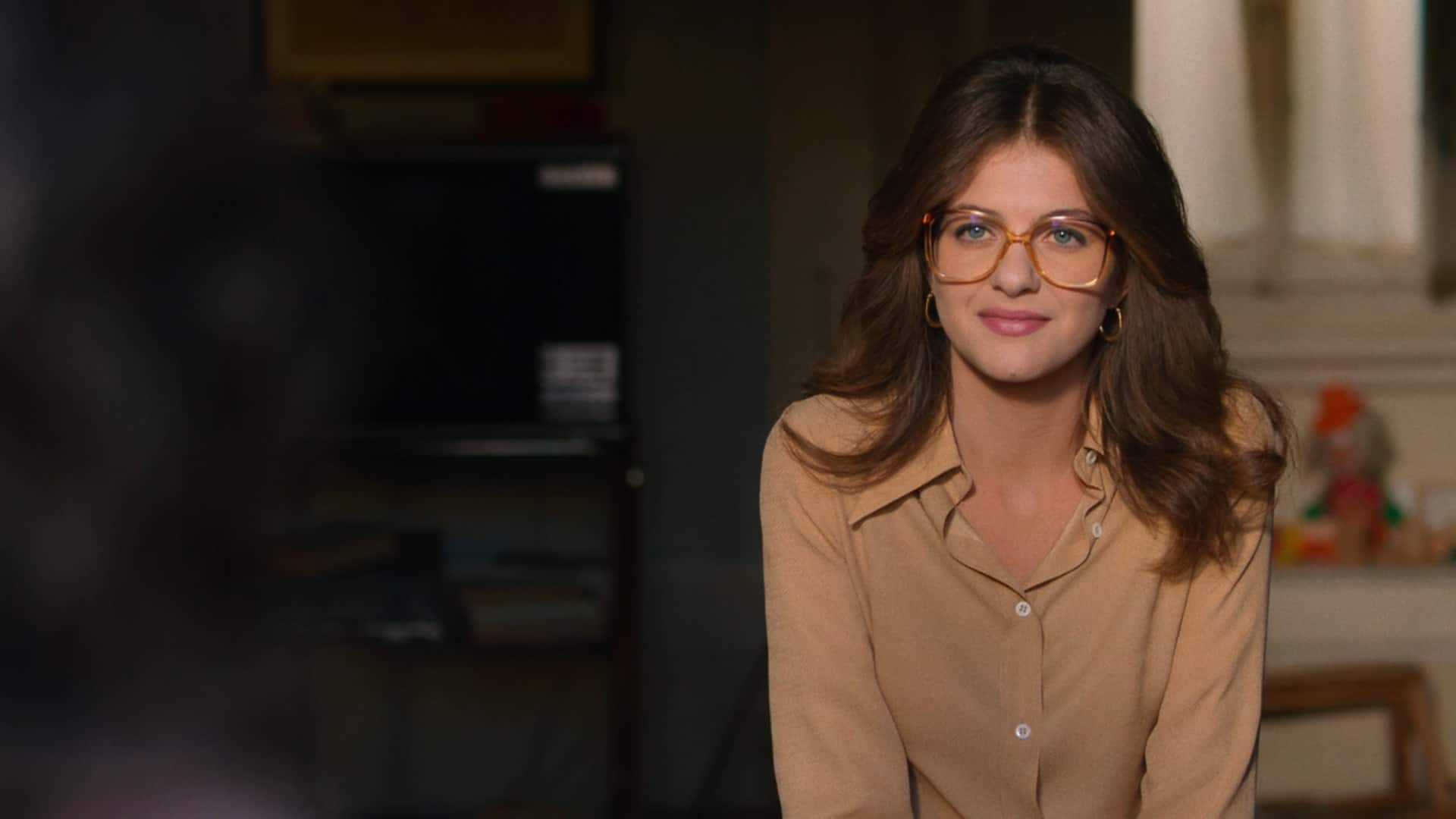 In an almost complete Lila-less episode, Nino returns to Elena’s life, and between old feelings and him supporting her writing, it complicates Elena’s marriage to Pietro.

The political uprising in Italy gets so bad that Pietro, after giving a kid an F, and talking negatively about revolutionaries, gets a gun pulled on him. Alongside that, Mariarosa’s lover Franco gets assaulted, and Silva, her friend, gets r*ped. This leads to Elena coming to visit and Franco being volatile, so Elena spends more time with her sister-in-law than with her former lover. 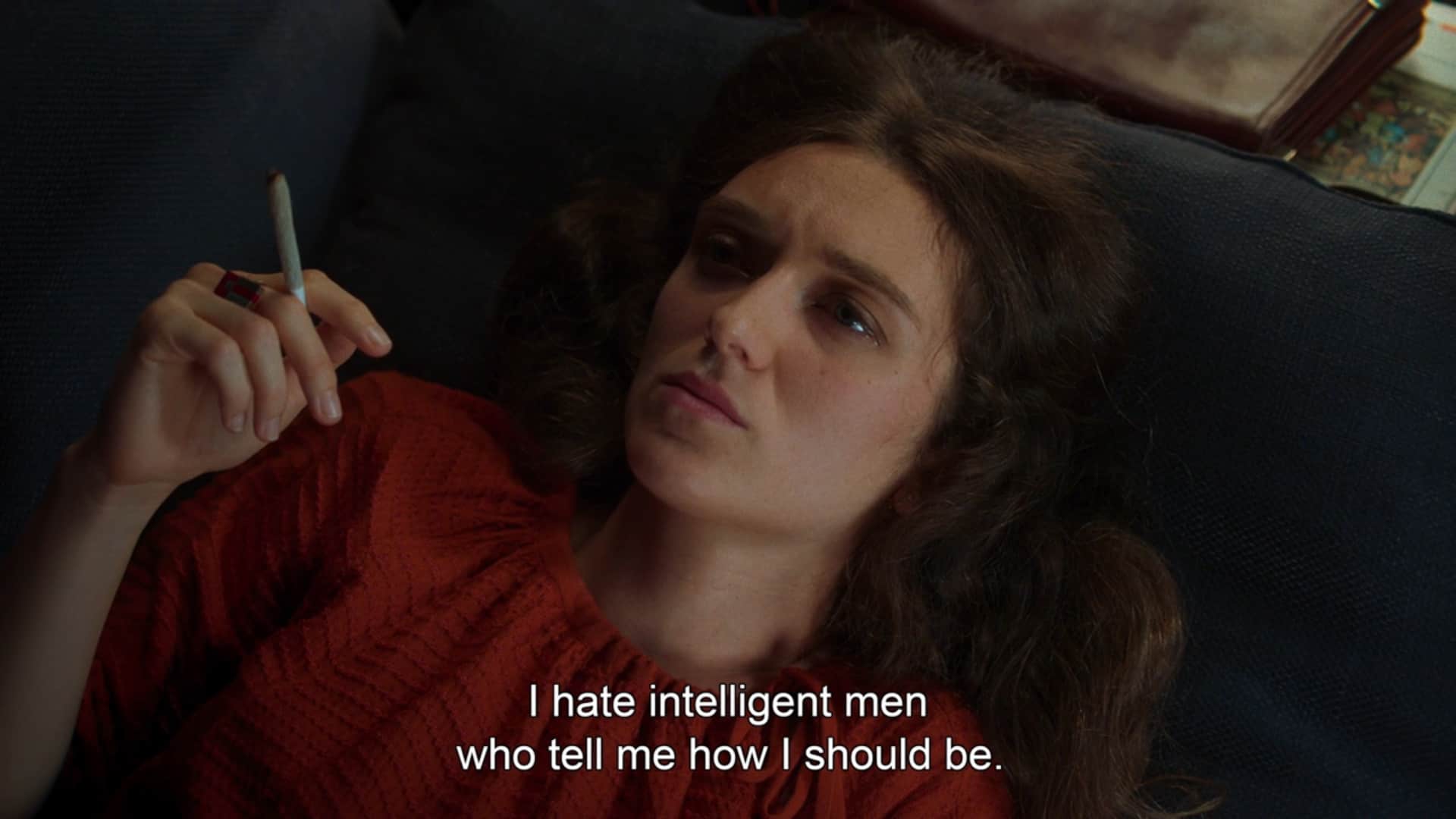 That leads to a conversation regarding Elena’s marriage, which Mariarosa is honestly shocked that Elena went through. From there, the conversation leads to how men try to mold and influence what femininity is and how to be a woman, and Mariarosa, a true fan of Elena’s work, pushes her to write about that. Which, with it piquing her interest, leads to her consuming a multitude of books and taking the notes needed to flesh out a full book.

A Planet To Their Moon – Nino, Pietro, Elena

Nino revolves in and out of Elena’s life every so often, and thanks to him being a peer of Pietro and working with him on his book, he comes back into Elena’s life at a very complicated time. You see, Nino, maybe knowing what he is doing, maybe not, keeps complimenting Elena and being dismayed by Pietro’s lack of advocacy for his wife’s work and sharing equal time in chores and child-rearing. Pietro doesn’t take much note of this, but it means the world to Elena, who goes through her usual rollercoaster of emotions.

When Nino is around, she is in bliss, and when he is absent, doesn’t call, or only speaks to Pietro, she is vexed. However, his encouragement, and Mariarosa’s idea, does lead to Elena finishing her first book in 8 years which Nino reads and praises with no notes.

I Have Something You Don’t – Nino, Eleanora, Pietro, Elena

While Nino’s compliments and encouragement are all Elena could ask for and more, unfortunately, on top of abandoning his first child, he is now married and raising his second one. With that, no matter how good Nino is with her children, Elena is forced to realize that her dreams cannot be. Add in Eleanora is well educated, the daughter of a lawyer, who potentially may seek a law degree, but she isn’t sure? How could Elena compete?

Never mind, Eleanora isn’t like the girls from Naples. She is nice, has so much to give to Nino, and while Elena is admired, she isn’t Eleanora.

Yet, despite this, Nino says the kind of things which pushes Elena to raise an eyebrow. Especially regarding Lila. For while any mention of Lila usually represents the shoe dropping on whatever fantasy Elena has going on at the time, Nino dismisses her in a way that isn’t insulting. Thus, rather than be offended for Lila or feel put down, she takes Nino’s words as him, like Elena, being mesmerized by Lila’s charms and the misdirection leading them not to pay attention to the person in front of them.

Leaving you to wonder, are they about to do something naughty?

I was a young girl back then. And I didn’t realize that his wanting to transform me was the proof that he didn’t like me as I was.
— Elena

Realizing How Much Elena Has Become Used to Underhanded Compliments

There has been a “but” of some kind for almost any praise Elena has gotten. Be it her mother praising her, but noting she could have gotten as far, or people from the neighborhood praising Elena, but with a comparison to Lila. That is why it seems like she paused, waiting for the shoe to drop, when Nino praised her. Underhanded compliments have become such a norm for Elena that she finds a genuine one concerning. Add in that, likely, Nino doesn’t want anything from her, and that makes his praise especially confusing.

Nino Calling Out Pietro’s Efforts As A husband and Father

Let’s just start off by noting Nino’s hypocrisy since he doesn’t take care of any of his out-of-wedlock children. With that out of the way, let’s still praise him for repeatedly and publicly addressing Pietro for marrying someone like Elena, then regulating her into cooking, cleaning, and child-rearing. Which, as tasks, there is nothing wrong with. However, before he married her and had kids, he knew that she wasn’t a hostess type of wife. She was a writer, potentially on par with him intelligence-wise, and look at what he did – he put his work before her and shut her out. 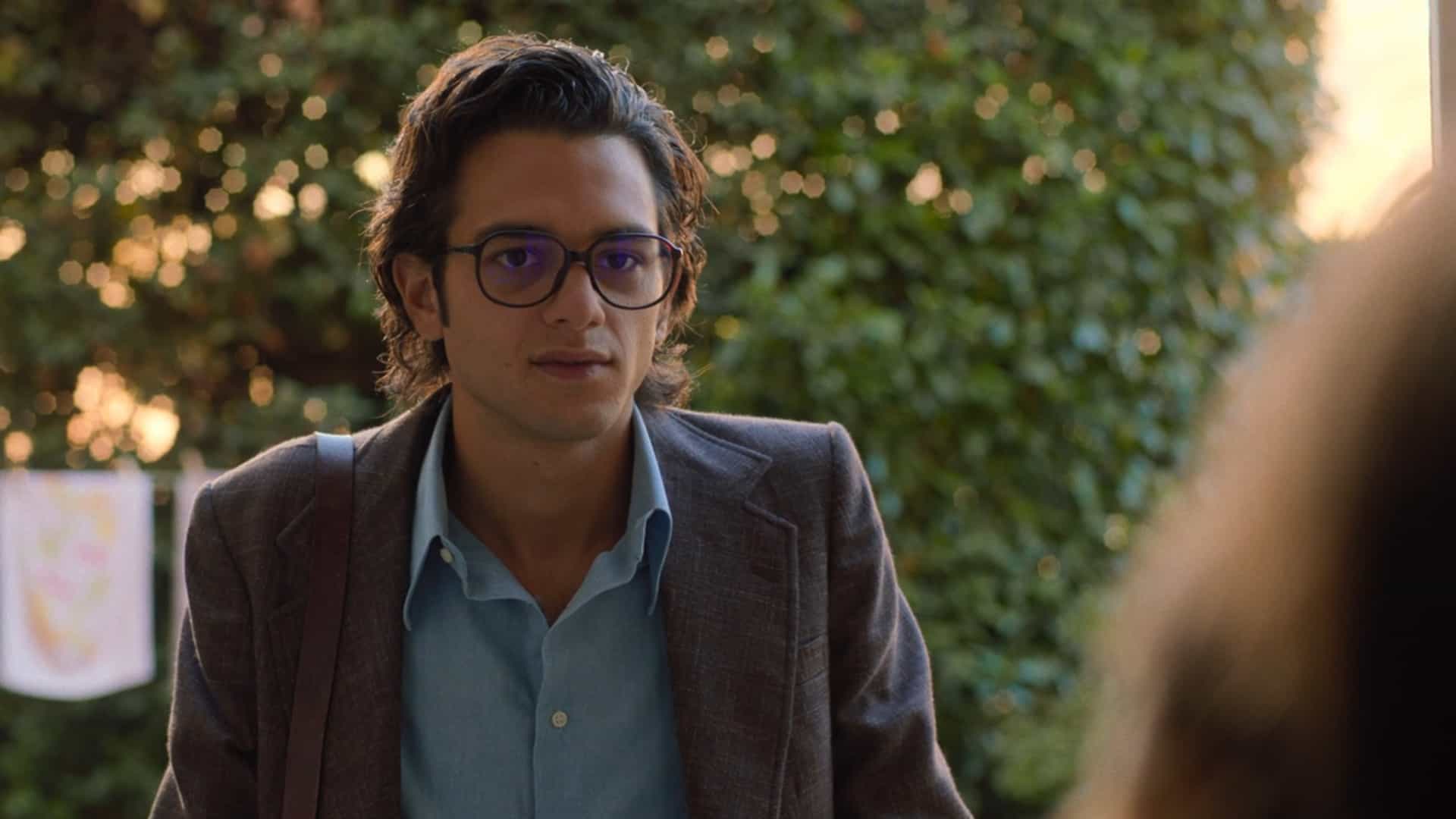 But, as Mariarosa said, Elena is a good girl. One who has repeatedly set aside her own progress and needs for others, with her advocacy for herself being limited to snapping on Pietro every now and again. Yet, there is hope that, with a man chiding Pietro, he may consistently be a partner and not just a provider.

The Conversation Around How Men Formed The Ideal Woman

It’s interesting to consider how much men, who have been the writers, doctors, preachers, and notable figures of society, have dictated what it means to be a woman. Whether it is writing children’s books and using that for indoctrination. Using laws and religion to create guilt and make things seem or outright be forbidden. All with little or no, input from women.

With Elena’s book, it should be interesting to see if she gets to be part of the conversation as the Women’s Rights movement flows through Italy and gains traction. At least until she seeks validation from certain people, which will bring her down several notches.

My Brilliant Friend: Season 3/ Episode 7 “Chapter 23: Try Again” – Recap/ Review (with Spoilers)
Overall
For the first time in a long time, or ever, My Brilliant Friend presents an episode with Lila’s presence being minimal, and you don’t find yourself wondering when is she going to pop up to and liven things up.
Highlights
The Conversation Around How Men Formed The Ideal Woman
Nino Calling Out Pietro's Efforts As A husband and Father
Realizing How Much Elena Has Become Used to Underhanded Compliments
Disputable
83
Follow Wherever I Look on Twitter and Instagram, Like us on Facebook, and Subscribe to the YouTube Channel.