As Elena observes what it means to be a wife, mother, and what can be lost in the process, her understanding of Lila reaches a new level.

Table of Contents hide
The People Who Hold Me Accountable: Lila, Elena, Maestra Oliviero
The Outsider Looking In: Elena, Stefano, Antonio, Marcello, Lila
The Romanticization Of Relationships, Marriage, and Parenthood: Elena, Lila
What Must Also Be Noted
Highlights
On The Fence

The People Who Hold Me Accountable: Lila, Elena, Maestra Oliviero

With Elena struggling to get through school and passing by the skin of her teeth, she is reminded how and why she got this far. One reason is Maestra Oliviero, who is on her death bed, but as supportive as she can be considering she is dying. Following her is Lila.

As you may recall from the first season, Elena and Lila’s relationship was born through Elena trying to keep up with Lila. So, with her not doing well in school and Elena starting to butt into Lila’s relationship, she makes her a bet. The terms? Well, Lila believes Stefano will give the Solara brothers a photo of her wedding dress for the store, and Elena doesn’t think Stefano will give the picture up.

If Lila loses, she would enroll in private school and threatens to quickly surpass Elena, despite being out of school for years. However, if Elena loses, she would have to get straight As in the coming term. Which, considering Elena isn’t a naturally gifted student, it would mean studying as she used to and curtailing the various distractions she has in her life. 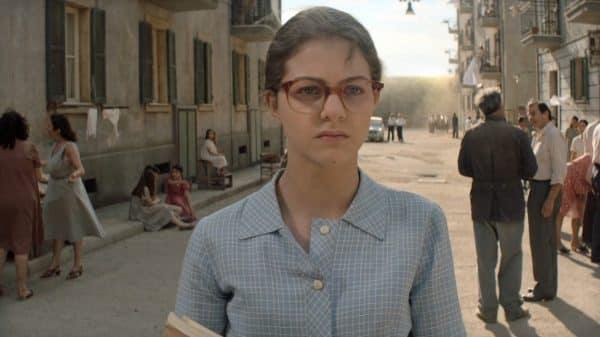 One of which being Antonio, who, after Elena and Lila ask Marcello to try to get him out of the draft, he breaks up with her. Mind you, more so out of principle than because he wants to. However, rather than do as Stefano and try to tame someone who he loves and is fascinated by, he just taps out. After all, between his jealousy of Nino and his insecurities, it appears he wanted out while he could still feel like he maintained some sense of dignity.

And now, without a man and a means to compete with the gains Lila has made in life, Elena is alone. But, with her life so tied up in Lila’s, she finds herself in the awkward position of being forced into a car ride with Stefano. Someone who, with seemingly not a friend in the world, vents and pleads to Elena to try to help his situation. Which, considering she is an outsider looking in, she sees Stefano’s passion as a showing of love.

Thus she starts to question Lila’s attitude and Lila questioning what kind of man Stefano is – leading to the bet mentioned above.

The Romanticization Of Relationships, Marriage, and Parenthood: Elena, Lila

But, as drama breaks out about who will run the shoe shop in Naples, Lila wins the bet as Stefano hands the painting over to the Solara brothers. And thus Elena slowly, but surely, comes to realize why Lila has always been a fighter and why, in marriage, Lila asserts herself even more. For while just standing in the middle of a street, Elena takes note of all the women in the neighborhood. How they lost their youth, their femininity, their lives to their families. A curse Elena escaped, and Lila has been fighting against so that she doesn’t succumb to the same life sentence.

Yet, with Stefano getting her pregnant, likely after raping her several times, Lila finds herself more trapped than ever. 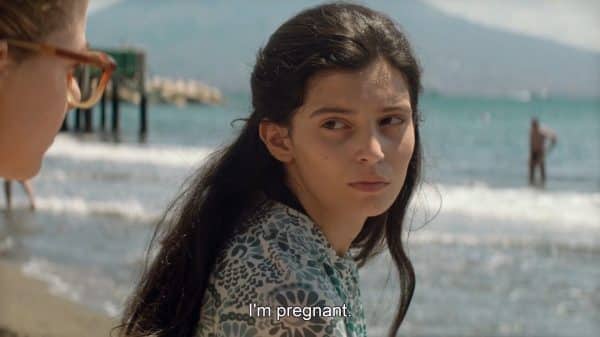 In many ways, Elena has treated Lila as the older sibling who she’d follow behind and mimic in order to understand and learn from. Which, over time, led to her trying to compete and even outdo Lila, often leading to negative experiences or settling, when it came to people. But, perhaps for the first time in a long time, Elena just listened, observed, and then found empathy for Lila.

To me, this shows Elena is still working her way out of Lila shadow and seeing her less as this person on a pedestal and more so someone who took or was given a different path. One that is clearly not as privileged as Elena’s, yet she refuses to fit the norm, give in to any man’s whims, and has no issue fighting and being in uncomfortable situations externally, to hopefully, internally, have peace of mind.

Granted, there is no sign that peace may come anytime soon, but Lila has seemingly thought she did get small victories that made her way of acting validated. And I think for a long time, Elena saw Lila as the men did. When Elena looked at Lila, she saw this wild horse who refused to be tamed, but now is starting to understand the fear and anxiety that leads to Lila’s decisions. She is trying to survive on her terms, and the fight against men like Stefano isn’t her being stubborn, it is about not dying inside and, with time, that showing in her physical appearance.

I mean, a prime example, look at Michele, and his brother’s mother compared to everyone else. Because she doesn’t answer to men and deal with their BS like everyone else but is a matriarch, she is more youthful than other women her age. And, in many ways, I think that is going to be Lila’s goal. To mirror Michele’s mother.

The Lonely Life of Stefano 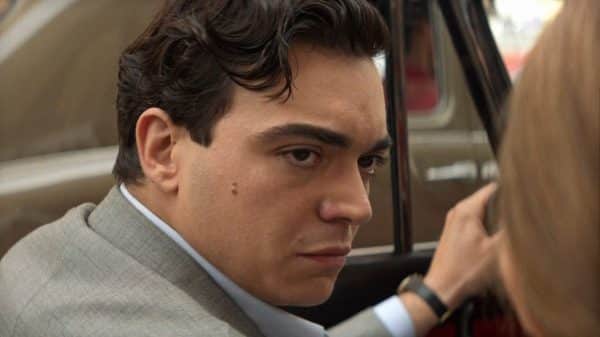 When you compare Stefano to nearly any other character, you may notice he doesn’t have a friend. Unlike his wife, he doesn’t have an Elena. And while Alfonso is his brother, they aren’t like the Solara brothers. Heck, take note: how often are they even in the same scene together?

Instead, and this is probably why he gets mad enough to strike Lila, all he has is her. And with her rejecting him in terms of not just physical intimacy, but emotional intimacy, that means all he does is work and provide for his family, her family, and himself. Which may provide him a certain amount of power and distractions, but, as shown through him opening up to Elena, I think the man is getting desperate to have some sort of comradery with a person who isn’t reliant on him or in business with him.

How Dry The Neighborhood Boys Are, And Most Men On The Show

With that said, it would be nice if the other men on this show got bulked up a bit. Be it Nino, Alphonse, Enzo, Antonio, or the many others, I get this is Elena retelling her story and heavily focusing on Lila. But all these dudes seem to just exist, and as much as we love Lila and have grown to like Elena, sometimes you want the dynamic to change up a bit.

How Dry The Neighborhood Boys Are, And Most Men On The Show - 70%