Ray has a bit of a rough week between a high school reunion and Brittany’s first experimentation with drugs.

A Reunion To Forget – Gary, Ray

Fun fact: Gary graduated in 1996, and Ray was supposed to graduate that year as well, but he left early. We bring this up since it means Ray and Gary have been friends, at minimum, for damn near 25 years! This helps you understand why and how Ray puts up with Gary, for while Gary has seemingly been an odd one for many years, he has long had Ray’s back and vice versa. Hence, when Gary was being teased, Ray stepping in, and when a fight broke out, the two fought together.

Though she wanted to try it, Adrian getting Brittany MDMA was the excuse Ray needed to yoke him up and get him and Brittany to break up. Which, when she comes down from her high, leads to an argument. One that leads to back and forth threats, with Brittany threatening to snitch on Ray for having a gun and saying if he does do something, she hopes he goes back to jail. All of which only makes Ray angrier since he is just trying to protect his daughter and she feels controlled by a man who holds way more secrets than she may ever have.

You Know I Love You, Right? – Brittany, Ray

Despite their exchange, over pizza, peace is made. Ray notes he doesn’t want to argue and explains all he said is because he worries and loves her. That and, he recognizes Brittany is going to get into things and just wants it to be established, no matter the situation, she can call on him. All of this touches Brittany, and even if she finds it corny, the message is still received.

That’s what people do mate. They hold onto shit. That’s why you’ve got to be careful how you treat people.
— Ray 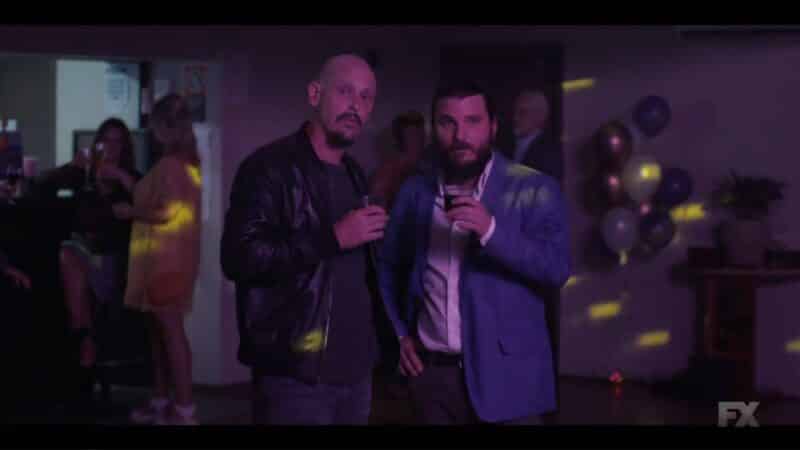 There have been many times throughout the series when there was a need to question why is Ray friends with Gary? Of course, we’ve gotten many answers over the past seasons, but them knowing each other since high school, at minimum, I don’t think was one of them. Yet, it is in Gary keeping Ray from feeling like a third wheel and pushing the idea everyone should know his best friend that helps you see, beyond when Ray needs a backup, why these two have been friends nearly half of their lives.

A part of me wishes this show could go on for additional seasons just to see Ray and Brittany’s lives progress as individuals and separately. This relationship has been one of the show’s strongest selling points, and it’s difficult to accept we won’t get to see them experience milestones together. But with ratings that aren’t necessarily glowing, or the acclaim it deserves, stateside at least, we’ve only got three more episodes before the series ends. Mr. Inbetween: Season 3/ Episode 6 – Recap/ Review (with Spoilers)
Trajectory: Plateau
As we focus on Ray's two main relationships, it makes this one of the last few episodes bittersweet as we know the end is near.
Highlights
Understanding Gary and Ray's Relationship
Brittany and Ray
Low Points/ On The Fence
85
Follow Wherever I Look on Twitter and Instagram, Like us on Facebook, and Subscribe to the YouTube Channel.