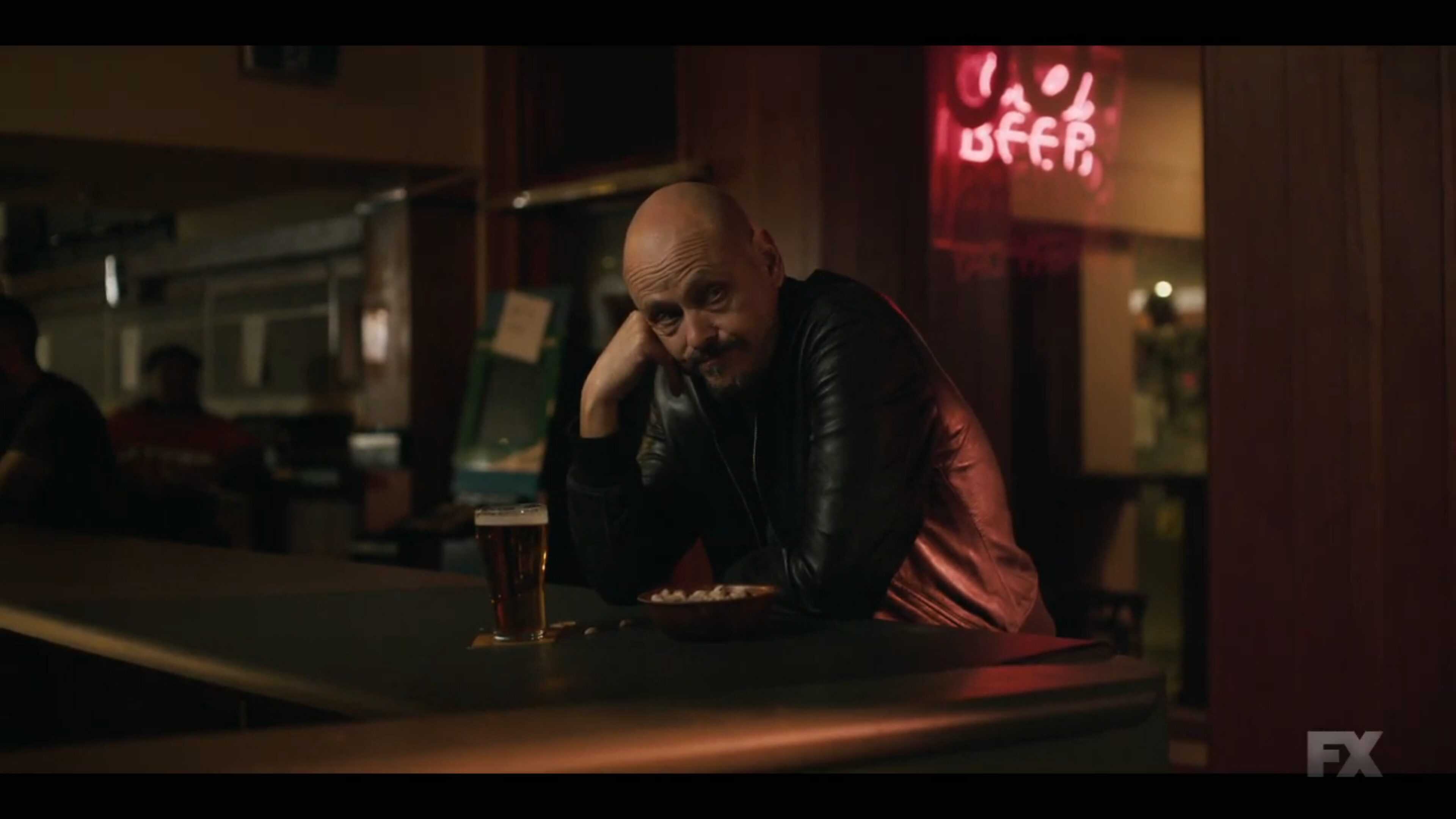 Ray sitting at a bar, watching people have fun

As Brittany gets curious about what hides in her father’s bedroom, Ray is reminded of the lengths he is willing to go for friendship or money.

Is This Friendship Worth It? – Gary, Ray, Tatiana, Karen

The things Ray does to maintain a friendship.

This Kid Will Be The Death Of Me – Brittany, Ray

Brittany is increasingly getting curious about what her dad does, and in the process of going through his things, she discovers his gun and even fires off a round. Naturally, because it leaves a hole in the wall, she tries to hide it, but with the smell of gun powder not the easiest thing to hide, Ray confronts her, and she admits to it. Thus, she tries to turn it around and blame him for having a gun in the house, but he isn’t playing that.

So, to try to turn this around yet again, she asks if Ray will take her shooting, and the answer is no, and she decides to pop a bit of an attitude. All of which leads to Ray slamming a door in her face because she has become exhausting. However, when she wants to cuddle up later, he obliges for while she is increasingly getting on his nerves, that is still his little girl and damn near the only family Ray has.

Anything For A Buck – Rafael, Ray

When Ray said he’d do almost anything for the right price, he wasn’t lying. Rafael calls him to get rid of the body of a girl who overdoses and leave her to get eaten by pigs, but he doesn’t do it. Mind you, a part of him does think about it, but after verbalizing, that the girl is someone’s daughter, and maybe taking note of how his daughter is only ten or so years younger than the girl, he just couldn’t bring himself to finish the job.

Thus showing that, as Brittany gets older and Ray encounters more employers with loose morals, he may find himself having second thoughts about the jobs he is tasked to do more and more.

I don’t think we ever found ourselves shocked by anything Ray has done, and that hasn’t changed with this episode. However, I must admit I do wonder if he is starting to think, especially after visiting his old mentor, that maybe money isn’t what matters for every last thing, no matter what? Now, granted, the girl is dead, and Ray likely will bury her in a way that may make her being discovered anytime soon difficult. But with him asking a question, even trying to get the kid who likely called Rafael to have empathy? That was weird.

This isn’t to play down Ray often trying to be respectful to the dead, even give people who f***ed up a chance, but I think he saw a bit of Brittany in the girl, and that made him pause for longer than he usually would.

The Balance In All Aspects of the Writing

It gives you a truly three-dimensional view of every character and relationship, to the point Ryan presents the idea there isn’t a person you’re meant to hate or like, they are but a person and whether it is Gary, Rafael, Brittany, or Ray, they’ll just as much have moments when they are likable as well as scenes when they are abhorrent. Why? Because that is what human beings are like.

Sometimes, It’s Hard To Understand Why Ray Puts Up With Gary

I get Gary usually is down when Ray needs an extra pair of hands, but, my god, Gary definitely gets far more out of this friendship than Ray. Or, to be fair, Gary asks for a lot of little s*** compared to Ray, who usually saves for big issues, like when he needs a backup or even help with his dad. So maybe it is more balanced than given credit for, but when it has been a while since Ray called a favor, I swear Gary becomes loathsome. Mr. InBetween: Season 3/ Episode 4 – Recap/ Review (with Spoilers)
Trajectory: Plateau
Mr. InBetween, in its final season, really shows how it is done. It's about consistent growth, and once that formula is perfect, bowing out gracefully rather than sticking around until the formula leads to predictability and stale storylines.
Highlights
Ray Completed The Job
The Balance In All Aspects of the Writing
Low Points/ On The Fence
Sometimes, It's Hard To Understand Why Ray Puts Up With Gary
83
Follow Wherever I Look on Twitter and Instagram, Like us on Facebook, and Subscribe to the YouTube Channel.