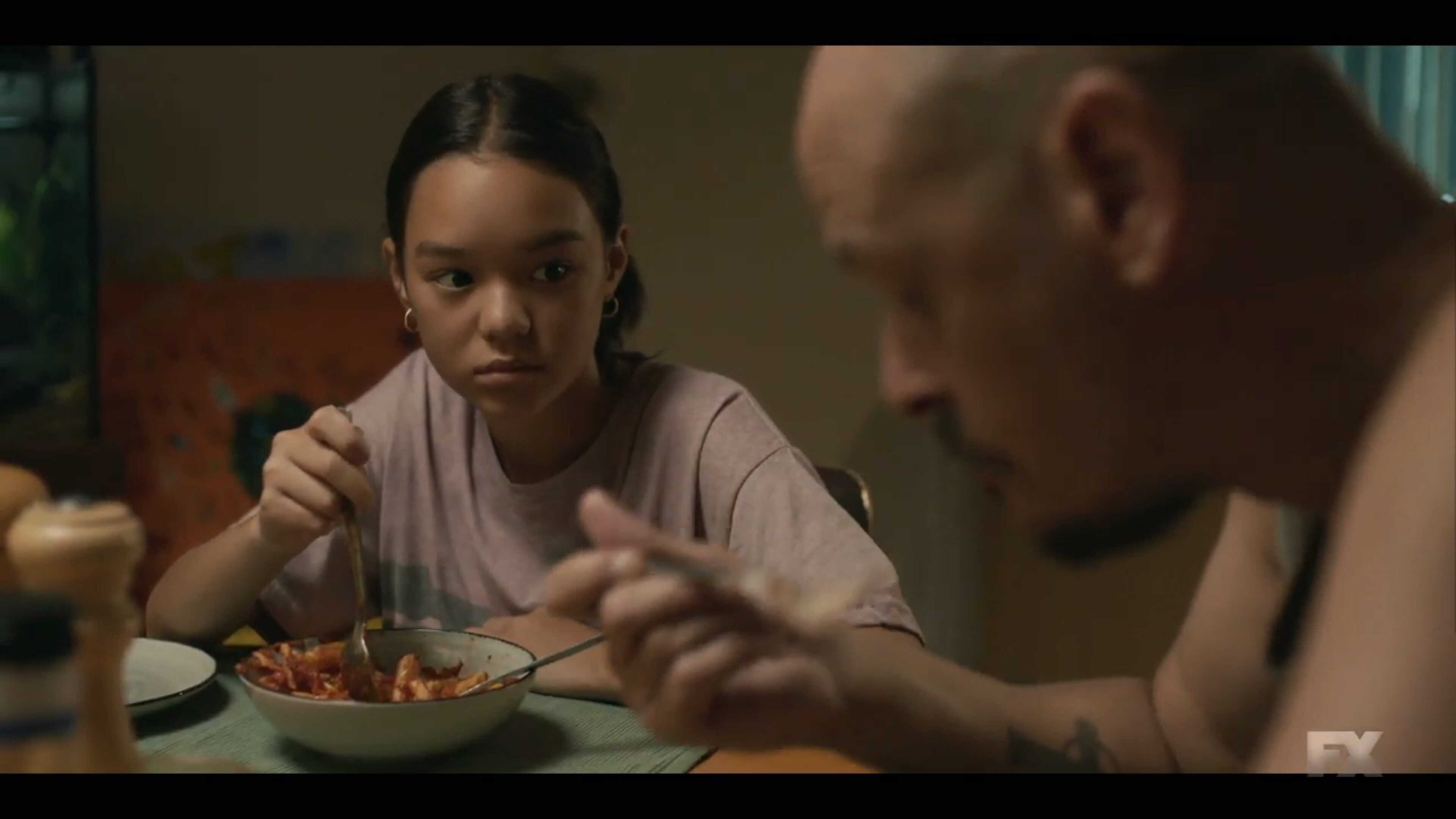 Brittany having dinner with Ray

A few familiar faces pop up this episode, as Ray finds himself accounting for the life he has lived and what could come next.

While Ray confesses he isn’t necessarily over Ally, he isn’t as bad as Gary, who still vies for Tatiana, even though their relationship went to hell years ago. Heck, even now, he stalks her and learns she is messing around with a woman! Which seems to be the last straw for him.

But for Ray, when it comes to Ally, he runs into her, sees she is pregnant, happy, so while a little saddened for himself, he is at least happy for her. Though, while happy for his ex, he isn’t necessarily comfortable with his 12-year-old daughter having a boyfriend. Granted, Adrian isn’t a total ass, but he doesn’t have the best manners and can come off like a little s***. However, Ray isn’t trying to create a wedge between him and Brittany, so he just side-eyes the kid.

Ray has always enjoyed maintaining a freelance status. It has allowed him to say no, up the rate if he needs to, and maintain some sense of freedom. However, Freddy, being the broker he is, there are always opportunities to do more, just a group, and perhaps be part of something. For example, a man named Rafael offers Ray to be part of his organization, but Ray denies him – respectfully. Though, he has no problems handling jobs Rafael needs done, as long as they pay well.

Brucey’s death still weighs heavy on Ray, and that might be why, with Gary’s marriage over, he invites him to stay in his decked-out shed. That way, Gary won’t be up in his space, but if Ray wants to feel less alone, someone is within a handful of steps.

However, as Bill, Ray’s dad shows signs of his dementia worsening, so comes the question if Ray may extend the same kindness he did to Brucey and Gary to his father. Ray wants to say no, since their relationship isn’t the best, and with Bill having dementia, it probably won’t get better. Yet, his father is so helpless now that it may lead to some version of reconciliation. Though Ray putting him into a nice home somewhere might also be an option.

One thing you learn about Ray is that while he does like money and nice things, his ambitions are mostly reasonable and attainable. He doesn’t want to be rich, he wants to be comfortable. There is no desire to be alpha, the boss, or in some high power position. All Ray wants is autonomy over himself and the ability to say no.

This is quite refreshing since most characters in Ray’s position are always vying for something bigger than them and sometimes desperate to attain that thing. With Ray, yes, he’d like a relationship like he had with Ally, maybe even a better relationship with his dad, but he has accepted that may not be in the cards for him. So, he takes what he can and enjoys it rather than always looks out his window at what everyone else gets.

With his mom gone, brother as well, it leaves Ray with his dad, and due to the abuse from his upbringing, it’s clear Ray doesn’t have the patience nor wants to craft the time necessary for his dad. Yet, there is this guilt from being all that Bill has, and Bill no longer able to really be that ass**** he once was. Now he isn’t able to strike, barely able to remember who Ray is, and while this could allow for a shift in their relationship, it is at a cost. One that, to us, disrupts the peace Ray has set up for himself and ruins the quiet that Ray may not always like, but appreciates because it is better than the chaotic alternative. 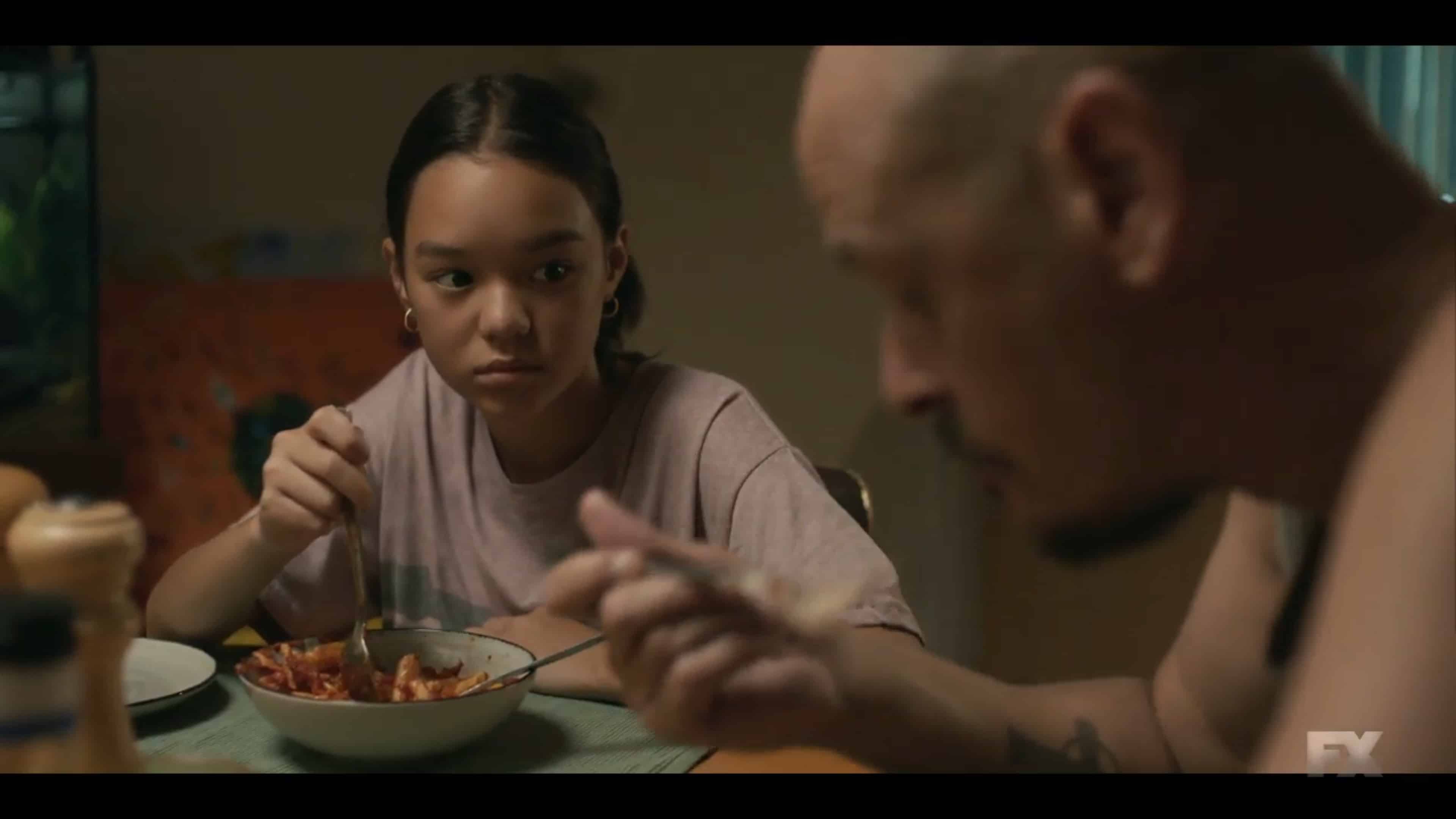 Mr. InBetween: Season 3/ Episode 3 – Recap/ Review (with Spoilers)
Trajectory: Plateau
Mr. InBetween remains one of the best shows featuring a character who is a gangster, especially when said character's personal life is as featured as them harming, killing, or doing illegal activities. For as much as it knows how to get you excited and invested due to the violence, it also can present to you a beating heart that keeps your attention at the same level.
Highlights
Being Content In Life
The Struggles Of Having An Aging Parent You Aren't Close To
Low Points/ On The Fence
86
Subscribe to our mailing list Follow Wherever I Look on Twitter and Instagram, Like us on Facebook, and Subscribe to the YouTube Channel.