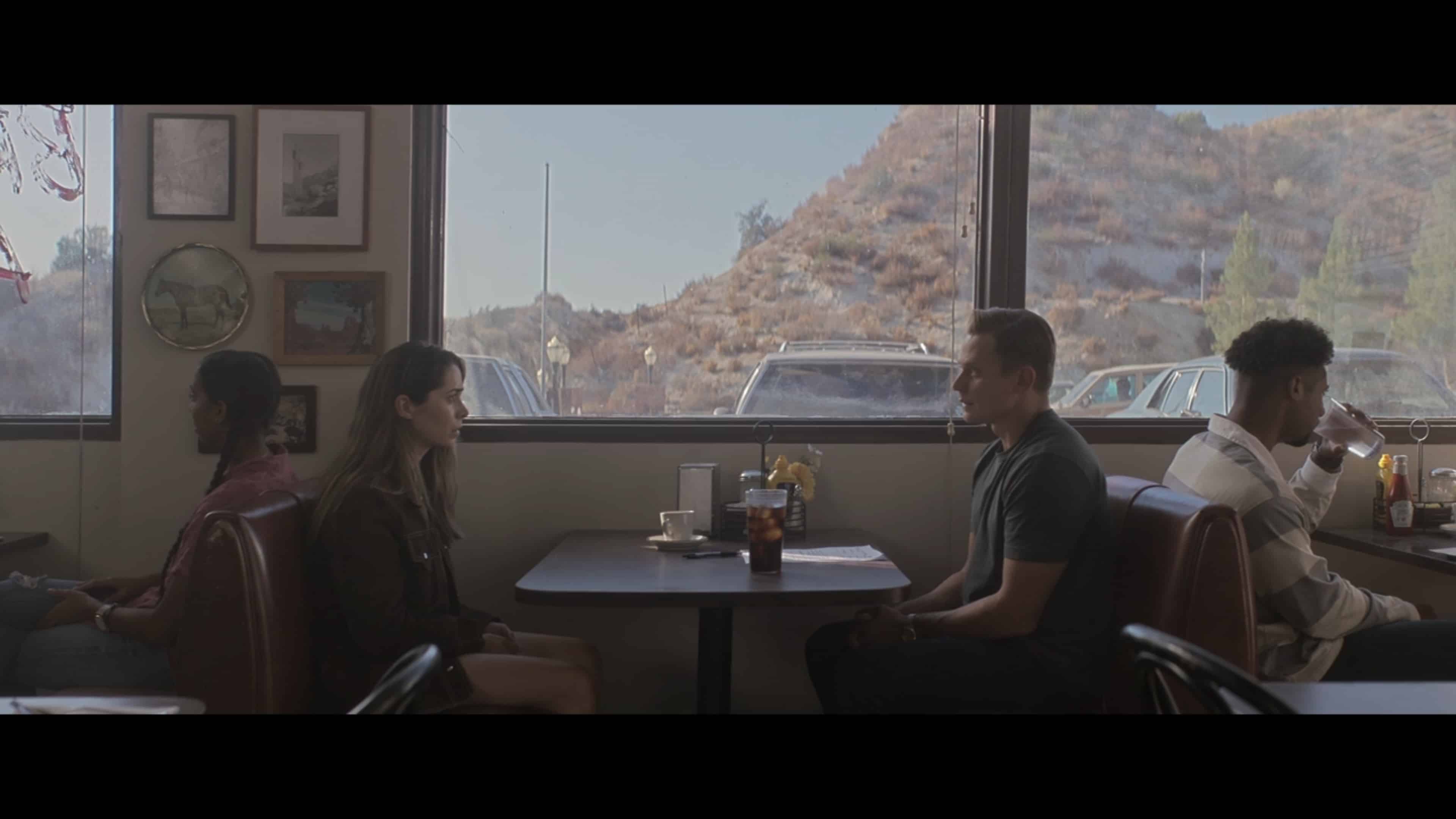 Hazel and Byron sitting at a diner together

Made For Love ends on a high note as Byron gets honest, Hazel makes a final decision, and you might be left teary-eyed.

With getting Hazel face to face again, Byron is ready to negotiate, once more, as Herb and Judiff listen in on the conversation. So, what are Byron’s tactics? Well, despite Judiff thinking this is a trap, perhaps in a kidnapping sense, it isn’t that. Byron, more so, is ready to start giving in, more and more, when it comes to Hazel having freedom.

However, this doesn’t excuse all he did, even if he admits he was wrong and immoral, for, on top of everything, she and Byron didn’t have sex in ten years. It was purely oral on her. Which, because the sex was part of his manipulation and power play, as we saw, she didn’t enjoy it.

Yet, with Byron really making an effort and having his first real and honest conversation with Hazel, it seems, even if the idea of a romantic relationship is dead, maybe they could be friends? Hence her being willing to start over and considering Byron reveals his real name, Greg Benson, where he is from, Dutton, Montana, and more about his past, this is a breakthrough! One that Hazel doesn’t take lightly, and when you add in him accidentally cumming, this isn’t alluring sexually or romantically, but Byron showing himself as flawed and foolish? Well, it creates the opening he has long been looking for.

Though, even with him earning a few points, Hazel wants a divorce and to never return to the hub. So, as his final play, Byron reveals Herb has Pancreatic Cancer and, due to him not treating it, at most, Herb has a year. At first, Hazel doesn’t believe it, so she blows Byron off. However, in the end, she does believe Byron and drugs her dad and has his whole world moved to a cube and reconnects with Byron.

Now, by reconnect, what do we mean? Well, put it to you this way: When she leaves Herb in his cube and walks towards, and with Byron, she takes Byron’s hand and walks with him. So maybe, with all the concessions he was willing to make, paired with taking care of Herb, Hazel may have called off the divorce or simply is starting over with Byron, for real, on more equal ground.

But considering all Judiff knows and her learning Herb was snatched, whether she lets all of this go or ends up fighting harder, only future seasons can reveal that.

We’ll admit, it has been a long and tough road to get to the finale, and many times, we had an inkling to drop this. However, Bangles gave the show new life and while she hasn’t been seen in a few episodes, Byron being honest and vulnerable really made up for her absence. Pair that with Hazel sacrificing some of her comforts for her dad’s final years, and we admittedly got teary-eyed.

Why? Well, maybe because Byron and Herb are so similar, as even the show acknowledges, and you can almost see that when it comes to Hazel’s relationship with both, her struggle was getting them to connect with her in a real way. Herb focused on drowning himself in alcohol and later secluding himself with Diane. When it comes to Byron, his mother abandoning him probably affected him as much as Herb losing his wife, who seemingly had plans to leave him before becoming sick.

So, unfortunately for Hazel, it seems she found herself finding a rich version of her father and potentially, through Byron, not just looking for a means to escape her dad but also understand him, maybe bond with him as well? After all, she grew up with someone being emotionally distant so Byron being the same wasn’t a stretch – hence her doing it for ten years and the breaking point being the chip.

Which isn’t to blame Hazel for sticking around at all. It’s clear she didn’t necessarily know what she wanted in life beyond separating herself from the life she lived. And I think Byron saw that in her since that was his story. Add in that Hazel didn’t really try to use him or take any real opportunity to betray him, and as much as you can’t condone his stalking and abuse, you get why he struggled to let Hazel go.

In the long run, even when he pushed her to the edge, the worst thing she did was leave. She didn’t try to tell company secrets, like Lyle or Fiffany, or even go to the press and expose Byron. All she tried to do is leave, and that’s probably what kept the love alive. After all, everything on this show is connected. If Byron could figure a way to make Hazel stay, that means him healing the pain from his mother, who left and never turned back. This mirrors Hazel trying to heal through Byron, her one-way relationship with her dad.

Thus, taking all this in, tears flowed.

Made For Love ends just where it needs to.