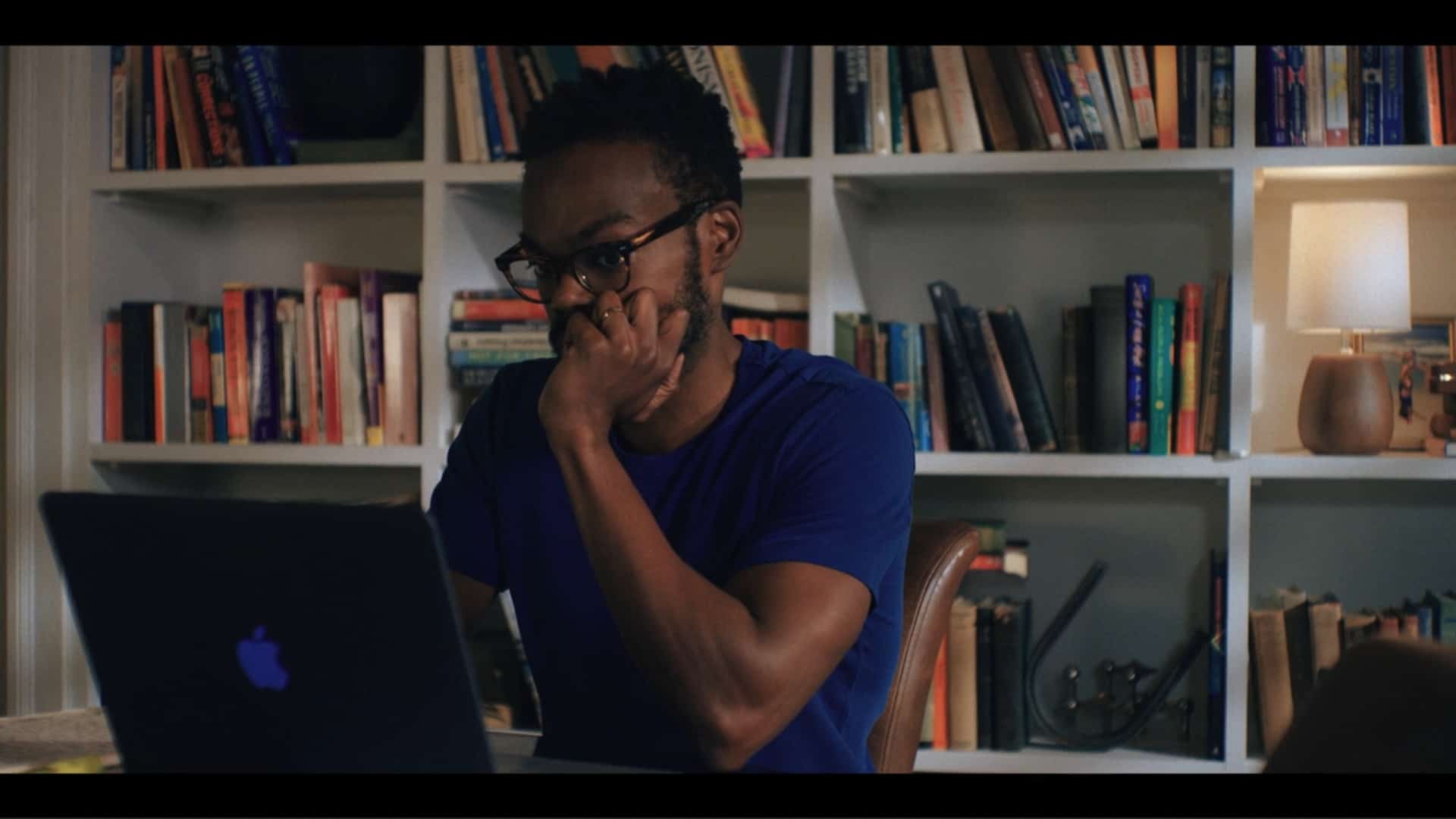 We’ve come to the end of Marcus’ story, and so comes the question of whether he’ll stick the landing or will show, despite the years that have passed, Marcus still has much to learn?

Anything You Can Do I Can Do Better – Ola, Mia, Marcus

So we’re ten months into Mia and Marcus living together and they decide to see Ola’s play which she says isn’t about her relationship with Marcus, but it definitely looks like it is. Which bugs Marcus because his portrayal is so comical that it gives Mia a running joke, and it pushes him to think he could write something better, so Mia asks, why doesn’t he?

The answer: Money. Marcus is doing freelance work, and it is paying bills but not really making the money he is accustomed to. However, with Mia’s support, it seems he’ll work on his first book, which shall focus on being Black in the publishing industry. 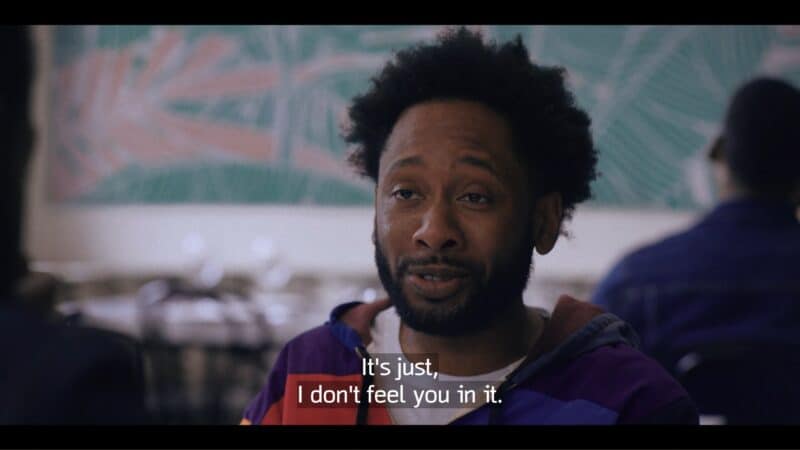 Mia’s support shocks Marcus to the point of proposing, and despite how unconventional the proposal Mia accepts! Then within a year, she has their baby, Audre, and they get a nanny so Marcus can finish his book. But, the problems arise when he does finish and seeks Trey’s opinion and is told he, Marcus, isn’t in the book. A story about his life doesn’t include him, and Trey is right. Marcus wrote in who he wishes he was and not who he is.

The inability to get to editing and facing Trey’s criticism puts Marcus in a bit of a stagnant place that some advice from Darby helps him with, alongside the continued support of Mia, despite the toll you can see this is slowly having on her.

Roughly two years, in total, pass in episode 10, but by the end of all the time jumps, Marcus’ book is published, he is making money, and there are talks of his second release. During all this, Mia is still sacrificing a bit more than Marcus since she still is working a job she hates and now has to play dutiful wife to the successful author.

But, as Marcus comes down from his high, he notices how unhappy Mia is and unlike in his last marriage, he seeks communication which leads to Marcus learning Mia hates her job. Yes, it leads to some pretty comical stories, but she is at the end of her rope, so he does two things.

The first thing he does is payback Mia sacrificing for them by giving her the ability to quit her job. He follows that up by having his mom come to NYC to watch Audre while they go to the Bahamas. Thus showing, after all the trials and tribulations, that little boy Ola talked about has become a grown-ass man.

[…] being a man meant stepping up to the plate not once but in perpetuity.
— Narrator

A Happy Ending With Marcus All Grown Up

From marrying his college sweetheart to the woman who, no matter what happened, kept coming back into his life, Marcus has grown up before our eyes! And honestly, we’re quite glad things ended with a happy ending. Mind you, mostly because Marcus shared it with Mia, but how else was this supposed to end?

The Challenge Of Keeping a Relationship Good

Perhaps the top sign of Marcus’ growth is that he didn’t repeat the same issues he has been through before. Mia has put in so much work into their relationship, and you could say for two years, Marcus just took and took. The nanny was got for Marcus’ benefit, and that was on top of Mia not making Marcus’ unemployment a thing. So him making it and taking note of Mia being tired and unhappy was beautiful to see. For it showed that he truly loved her and wasn’t just using her.

In fact, he backed up his words with actions by planning an elaborate trip and being the man Mia thought he was. So on top of being a good man, you could also say he reinforced the work Mia did to heal from the trauma her parents caused. Surprisingly, without Marcus going to therapy all these years but instead just living life and making multiple mistakes.

Love Life: Season 2/ Episode 10 “Epilogue” [Season Finale] – Recap/ Review (with Spoilers)
Trajectory: Plateau
Titling the episode "Epilogue" seems apt, for we don't necessarily get an epic conclusion. More so, we get a wrap-up to fill you in on what happened and to send you on your way.
Highlights
A Happy Ending With Marcus All Grown Up
The Challenge Of Keeping a Relationship Good
Disputable
83
Subscribe to our mailing list Follow Wherever I Look on Twitter and Instagram, Like us on Facebook, and Subscribe to the YouTube Channel.