We explore the changing dynamic of Sara’s friendships and how that, alongside a lack of Jim, is taking her to dark places. 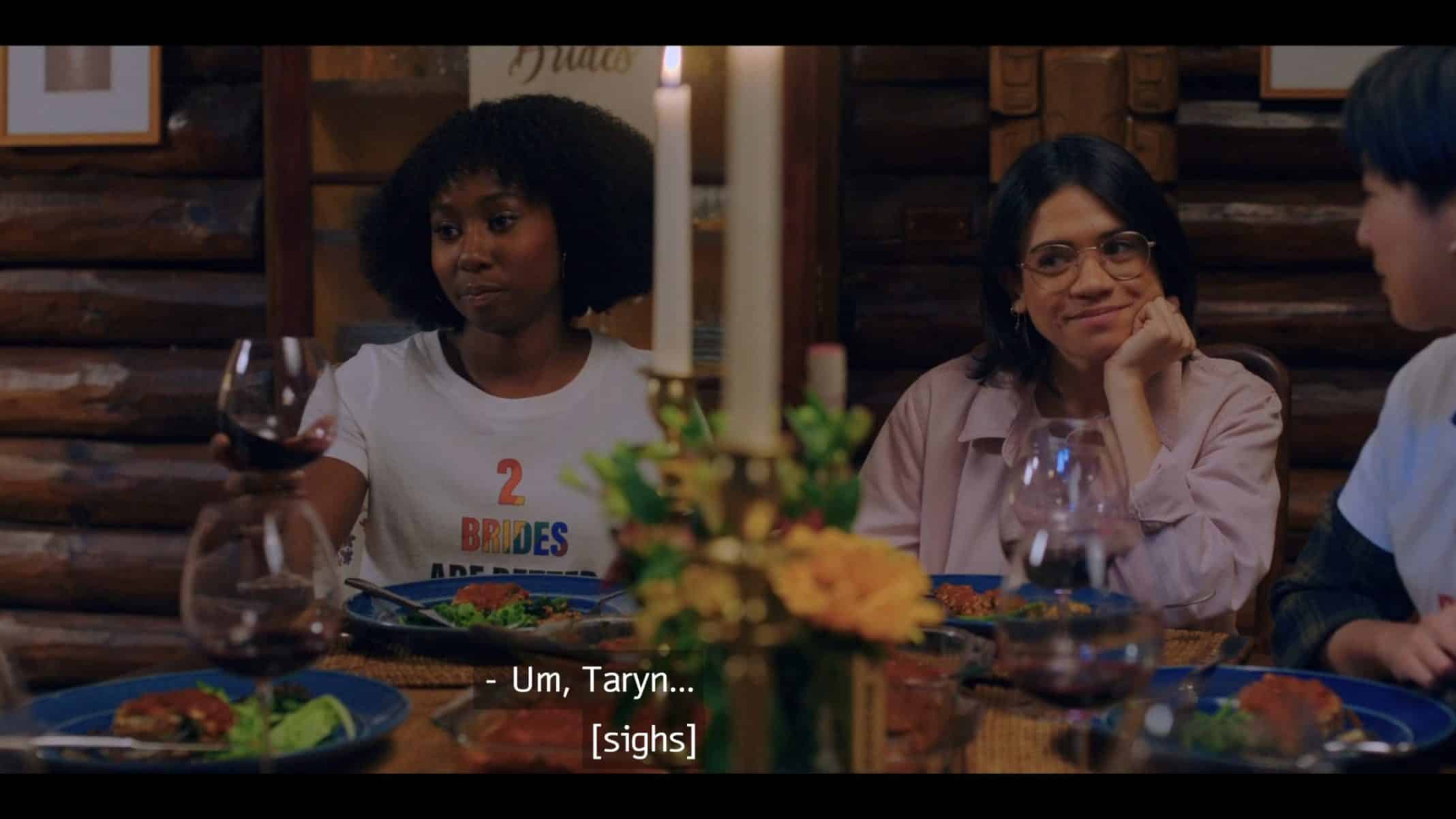 At this point, Darby is curating exhibits, under Lola, and doing well. Mallory, while we aren’t told if she is still in catering, has become engaged to a woman named Taryn, and is quite happy. Sara? Well, she lost Jim, lost her job, is in debt, and has a drinking and possible coke habit.

But, friends not doing well and ending up on hard times is normal. What isn’t normal is getting wasted during a dinner party, doing coke and drinking, then deciding to drive, and at a strip club, try to steal a stripper’s money. All of that drama, while maybe just another wild night when younger, now raises red flags for it isn’t sustainable. Much less, who has the tolerance for that?

Things Just Aren’t Like How They Used To Be – Sara, Darby

Well, the answer was Darby, for a long time, but now it isn’t. For this is beyond the relationship dynamic changing of Darby being the mess and Sara the maternal figure. Sara is digging a hole for herself and is rejecting Darby’s offer to go to rehab or get any real help. So, what is Darby to do? After a certain point, you can’t try to help people anymore, for you just end up enabling them. So, taking note of her own father’s troubles, Darby is left to hope when Sara hits rock bottom, she survives.

Well, this wasn’t what we were expecting for Sara. Yet, as seen in “Insecure,” during its latest seasons, friends grow apart. Especially when the dynamic changes and it was part of the reason the relationship worked so well. But, another benefit to seeing Sara’s downfall is, like with Claudia’s episode, you seeing that Darby’s need for connection and love isn’t just focused on a boyfriend or husband. It’s also with her mom, Sara, and as she gets older and her own life is more stable, she is speaking up and setting boundaries. If not holding people accountable to the point of possibly losing them.

That, to us, is growth. The kind which may mean she has outgrown Sara but Sara has lived in a stunted state for a while and even with Jim, she seemed to be on autopilot. This is why we hoped we meet her mom or sister since Sara may have been on a different path but it seems she shares quite a bit with Darby.

Mallory Got Her Moment In The Sun Here is the thing about Mallory – We’re left wanting more. Not like Sara, where we want more because we are already hooked, but we’re left wanting more for Mallory still feels like a stranger. This woman she is marrying isn’t the girl we last saw her with. Heck, whether she still is a roommate of Sara is a serious question. So as much as we’re happy for the character, it does feel like she has so much catching up to do.