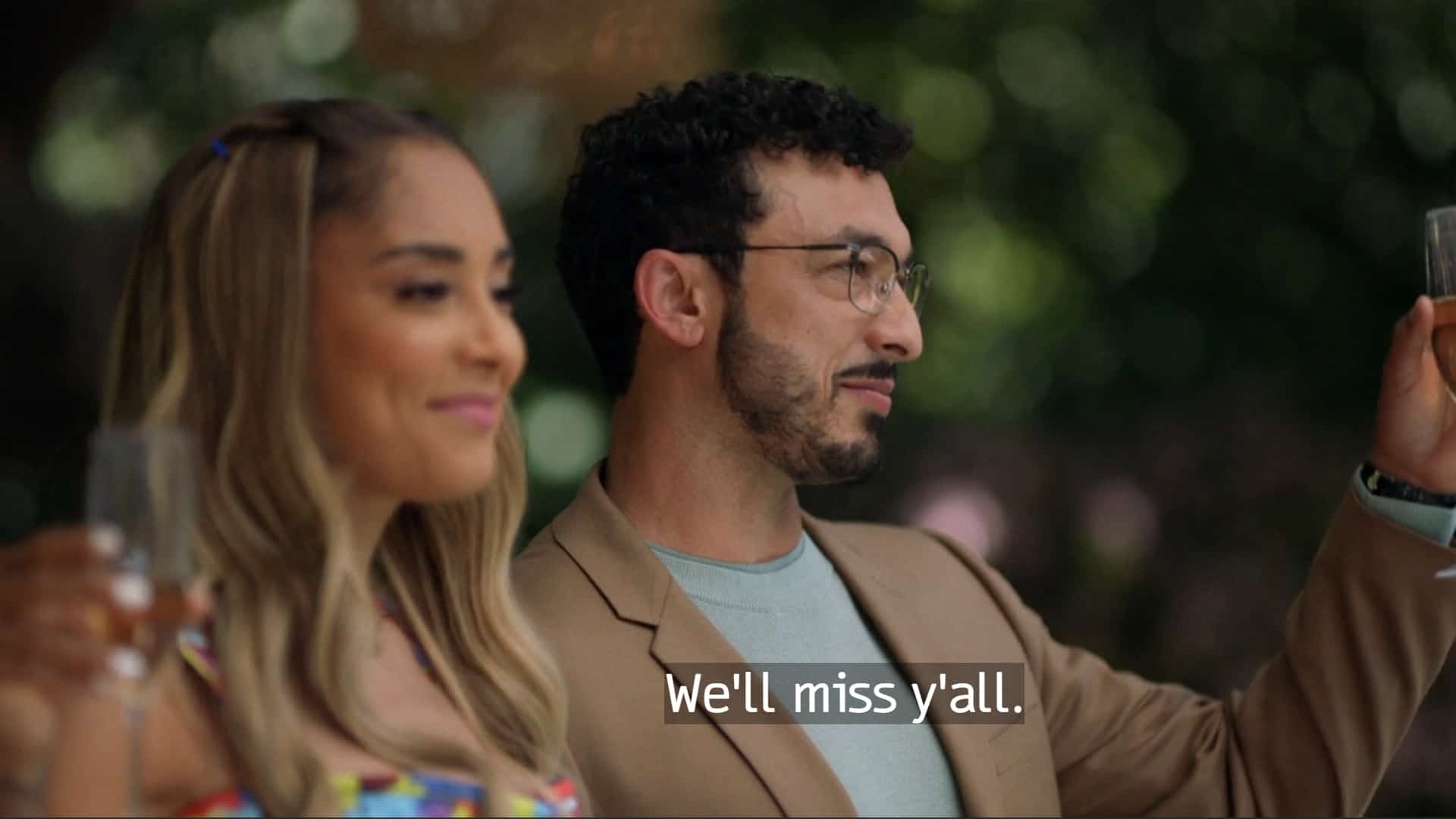 What’s supposed to be a going-away party for Tiffany and Derek gets interrupted by Molly and Issa’s exes encountering who they are with now.

Afraid When Things Are Going Too Good – Dro, Molly, Taurean

Taurean joins Molly for Derek and Tiffany’s going away party, and in lieu of an appropriate gift, he brings edibles. This is something that Molly is cool with and considers a good way to celebrate Taurean making partner. However, with Dro being at the going away party, there is a fear of things becoming awkward, but Taurean is rather cool despite being relatively high. And mind you, Molly unleashes a recap of Dro’s open marriage, which is now heading to divorce, and them messing around. 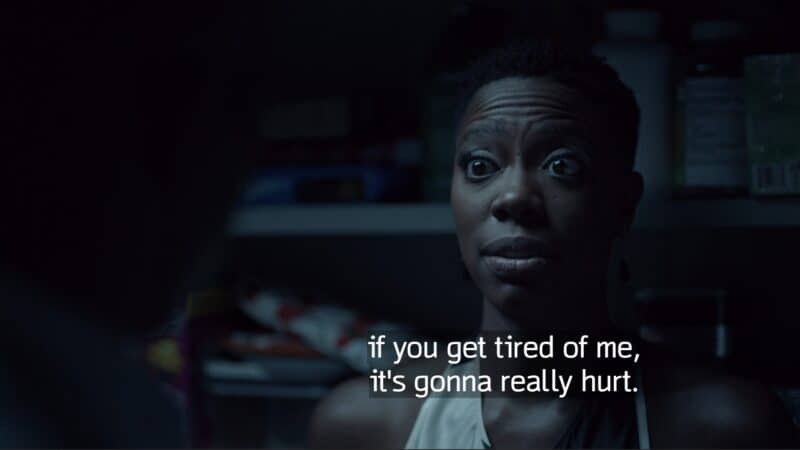 Yet, Taurean is good, and this scares Molly a bit. For things are now too good, and she worries about him getting tired of her, but Taurean reminds her that their relationship started off with him hating her and has now done a 180. So, while her mind is a bit off-center due to the drugs, what he says makes sense, and the sex definitely helps cool her synapses from going off.

As you can imagine, saying goodbye to a friend group you made in college, with no promise that you’ll find new friends where you are going, is hard. Especially since Tiffany is a particular kind of person, who is moving to Denver for Derek, who has a community there already. But, to reassure her people, she toasts Kelli and Issa and notes that she’ll be back in time for Molly’s birthday, and since her birthday follows Molly’s, it seems the group will try to meet up again to celebrate Tiffany’s year around the sun.

It’s All About Time And Place – Issa, Lawrence, Nathan, Condola

Sadly, as the ladies make plans, Condola comes into the room, and things are just awkward. Issa tries to diffuse it by talking to Condola, and Condola shares her congratulations for the work she did while holding Elijah. But while Condola and Issa can talk and be cordial, that can’t be said for Lawrence and Nathan.

With Issa noting who Lawrence is, and this being their first encounter, Nathan gets in his feelings a bit, especially when, in a discussion, Lawrence tries to subtly jab Nathan amongst a bunch of men Nathan doesn’t know. But, after round 1, Nathan walks away. However, after Lawrence tries to have a deep, “Let’s talk about us” chat with Issa, round 2 begins and almost ends in a physical altercation, rather than a verbal one.

Thus leaving Issa not necessarily confused, for she is apartment/ house hunting with Nathan. However, Lawrence showing this side of himself does push her to wonder whether or not she should participate in giving him the closure he seems to need.

How Comfortable Taurean Was With Molly 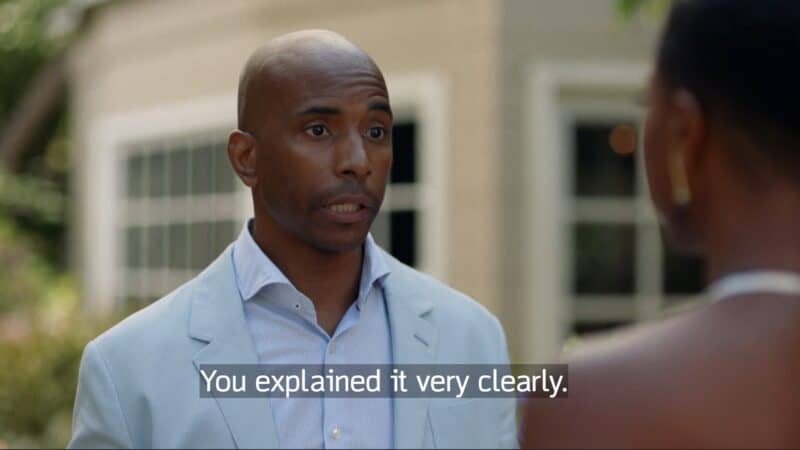 I just love that Taurean hunched off the Molly and Dro stuff. Note: Dro is taller, has had sex with Molly, and they have history, but Taurean was so unaffected – and that’s while he was high. To me, that was so refreshing for, more often than not, what usually happens is what we see with Nathan and Lawrence, where old feelings get stirred up, and the drama begins.

Which does push the idea that Taurean is on some real grown and sexy type s***. Like, despite Molly’s attempt to self-sabotage, he knows his worth, feels no need to compare himself to any man, and feels secure in what he has. I hope we see it more often because dating is ghetto, and people need hope.

Why did Lawrence’s homeboy present the idea that Lawrence didn’t fight hard enough for Issa? I get he has had a chaotic experience in his relationship, but that doesn’t mean he should expect or wish that on Lawrence! I mean, he and Issa made up and broke up how many times now? Also, Lawrence got a baby! Never mind a baby with someone Issa used to work with who screwed her over last minute! I get Lawrence is going through things and thus wants something familiar but viable in his life, but bruh.

And lest we forget, while it was a past breakup, there was a nearly whole episode dedicated to these two getting closure so, what else is there to recap for Lawrence? What does he need to see, say, or do, or have said to him to let this go? Don’t get me wrong, I get Issa was there for his high and low points, but they can’t even operate as friends.

So, it seems the mature thing to do would be just to accept things as they are rather than fight against a trajectory already in motion. I mean, I get Lawrence might find being a single dad lonely, but there is hope out there.