With Issa’s personal and professional life in turmoil, will this mean her taking a step back? Also, can Molly handle being away from her family, for work, during what can be her mother’s final days?

Table of Contents show
1 Recap
1.1 When A Dream Becomes A Nightmare – Issa, Condola, Lawrence, Nathan, Crenshawn
1.2 I Didn’t Know You Had A Life Outside Of The Office – Taurean, Molly
1.3 Things To Note | Question(s) Left Unanswered
1.3.1 Question(s) Left Unanswered
1.3.2 What Could Happen Next
2 Review
2.1 Highlights
2.1.1 The Challenge Of Bringing Dreams To Reality
2.1.2 Work/Life Balance
2.2 On The Fence
2.2.1 Issa’s Relationship Issues

Issa’s dreams of prosperity are starting to crack a little bit. Because of Crenshawn, she can’t recruit new people for The Blocc to work with and then with Nathan? Because he has beef with other members at his shop, he is thinking of leaving LA, and he STILL hasn’t said he loves Issa. Which, in his defense, he feels she is a bit all over the place to be saying something with so much weight to it.

And he isn’t wrong. Issa has two moments that show she is still not ready to deal with Lawrence having a child by someone else. In the first vision, she hits Condola and shoots her baby like a basketball, and in the second? Condola is engaged, Lawrence is rich, and to add insult to injury, Condola roundhouse kicks Issa. So as much as Nathan may have his flaws and issues, it seems Issa is downplaying her own and why Nathan wouldn’t want to commit to all of that until absolutely ready.

I Didn’t Know You Had A Life Outside Of The Office – Taurean, Molly

Personal crises don’t stop what is going on at work. With a rival like Taurean, Molly finds even hoping her mother awakens from her stroke not enough to keep her from going to a company retreat. Yet, she clinches her phone during every meeting or presentation, and while Issa is holding things down, as are her brothers, it doesn’t compare to being there.

Which, after stumbling through a presentation with Taurean, she talks to him about it, and it leads to him opening up about his brother having cancer and how that was for him. In fact, the two bond in ways that make you wonder if they might be developing a friendship! Though, considering how Insecure is, due to there being very few, if any, platonic friendships between men and women, there is a chance something more could come of this.

But, luckily, with her mom awakening, Molly likely doesn’t have the time to dive into what could be with Taurean – for now.

The Challenge Of Bringing Dreams To Reality

Turning inspirational conversations, like Crenshawn mentions, into something tangible is rarely something done without sacrifice. Whether it is budget, time, manpower, something has to be compromised, and it isn’t always about integrity but getting what you want to do done. This can be said and seen with so much, and it’s sad to see Crenshawn doesn’t realize that.

But, through him, you can kind of understand the battle between creative endeavors and financers. When it comes to Nothing But Water, they wanted something safe, and he wanted to push the limits, the budget, and people’s patience because of some false sense of integrity. And with Issa in between, I feel like we get the awkwardness that comes from being the middle person who tries to use corporate money to put their people on.

For, based on how Crenshaw talks in this episode, he makes it seem Issa having his back would mean him getting everything he wants and more, but it doesn’t work like that. Last we checked, Crenshawn was up and coming but didn’t have a notable debut as of yet. And while we won’t say you need some big-name company to legitimize you, I think Crenshawn just doesn’t have the ability to look ahead long-term, and maybe saw Issa and The Blocc as exploitative vs. trying to do something mutually beneficial?

Put it to you this way, while The Blocc hasn’t necessarily made it yet, and by the time Crenshaw came around, I’m sure he thought Issa had the kind of stain needed to protect his vision. Yet, possibly due to Issa not being upfront and speaking to Crenshaw as he needed, he didn’t understand she was on the come up as much as him. Hence them having an unproductive conversation in this episode that focused more on business and lost opportunities than the end goal either person had. Molly’s problem in this episode is one of the most universal ones for those who are not in the upper echelon of their company, industry, or just in a job that lacks security. The problem: Having a work/life balance. For even if you are lucky enough to have some kind of PTO, you know each day off comes at a cost.

Depending on the job, you will either find yourself with work not done that now you have to catch up on, someone doing the work half-ass or simply in a way which perplexes you and, for some of us, if someone else does your job too well, the threat of you being replaced suddenly exists. This makes it so, no matter what would keep you from peak performance, you may feel the need to tough it out just to be seen.

And luckily for Molly, her mother gets better, and she gets the chance to see that, but it isn’t a universal thing. Some of us miss crucial news and conversations in the pursuit of being independent or trying to stay such. Which is why we’re going to miss Insecure, for it just shows, from a Black perspective, all the sacrifices you have to make just to stay a float.

Hell, even throwing Issa in there, her work to make something of her own and have it flourish, look at how much she has to do just because one person felt what went down wasn’t in their best interest! Add in her having issues with her man, trying to be a good friend, and balance all these spinning plates? It really forces you to realize, whether you work for yourself or someone else, you gotta take time out for yourself and what really matters, or you’ll lose out on all the moments that all the money you are trying to secure can’t replicate.

As much as we hope for resolution or closure, it is hard to say what the end result will be when it comes to Issa and her relationships. A part of us just wants Issa to be happy, and if that means her ending the show single, it would be quite welcomed. For at this point, it seems she is in a loop with the guys she pursues, and many of them are from when she was less stable, less consistent, and you can see with Nathan how much that baggage is impeding any future she can have.

So between finishing the mourning of her relationship with Lawrence to finding someone who gets to know the new and improved her, here is hoping Issa ends things on a high note and not as frustrated as we’re used to. 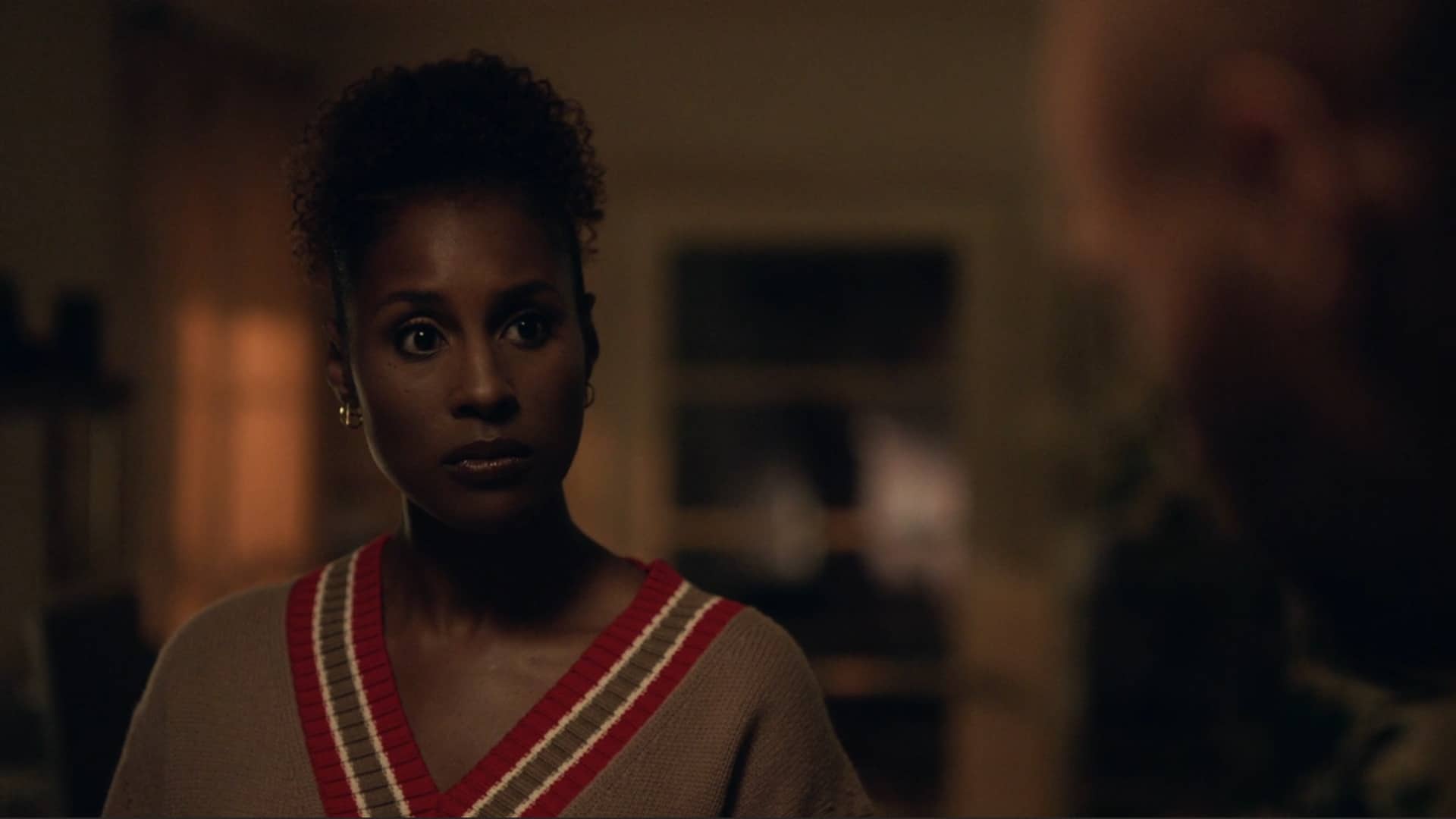 Insecure: Season 5/ Episode 6 “Tired, Okay?!” – Recap/ Review (with Spoilers)
Trajectory: Plateau
The final season remains in that weird place of not being the best we've seen from Insecure yet being far from the worst.
Highlights
Work/Life Balance
The Challenge Of Bringing Dreams To Reality
Disputable
Issa's Relationship Issues
82