How I Met Your Father: Season 1/Episode 5 “The Good Mom” – Recap/Review (with Spoilers) 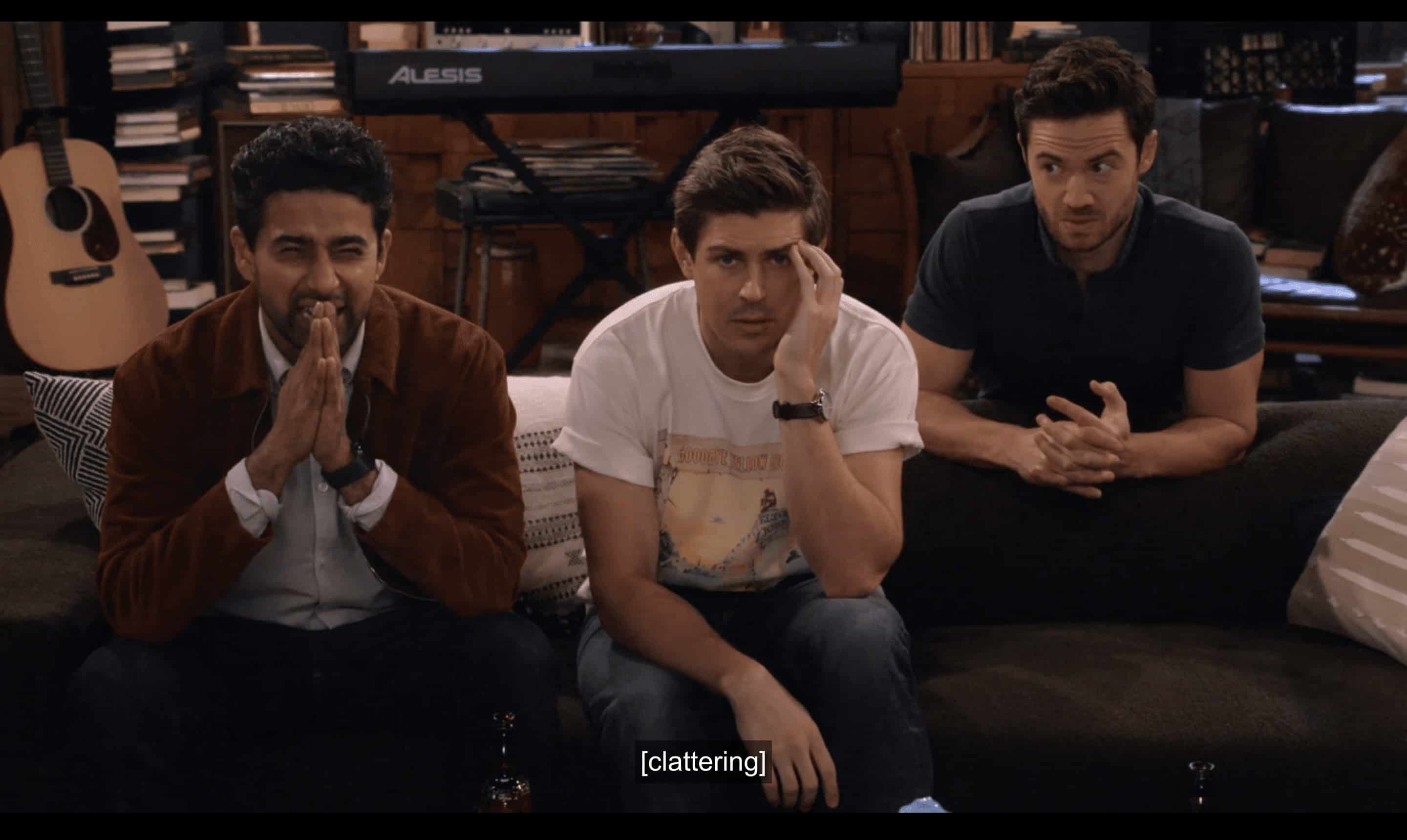 Sophie’s mom, Lori, is in town for one night only and wants Sophie to meet her new boyfriend, Ash, a 27-year-old musician performing at The Happy Idiot. Sophie cancels her plans with Drew to vet Ash, concerned that he’s a bad character just like all the other guys her mom dates. Instead, Sophie finds that Ash is a sweet, genuine person.

Valentina, however, catches Lori hooking up with Ash’s much older manager, Brad. Sophie is forced to confront the reality that the problem with her mom’s relationships during Sophie’s childhood wasn’t the other guys, but her mom cheating.

Sophie finally decides to put herself above her mother’s needs by leaving her mom and going to her original plans with Drew.

Charlie decides he wants to help others work through their trauma, starting with Jesse and Sid.

Jesse refuses to go to The Happy Idiot because it’s the site of his viral proposal fail. But when Charlie makes him watch the infamous video, Jesse realizes it’s not as bad as he thought and agrees to go. Jesse faces his fears by getting on stage at The Happy Idiot. Although he’s unable to perform, he still considers it progress.

Charlie learns that you need to go to school to become a psychiatrist, but Sid offers him the next best job talking with people about their problems – a bartender.

Ellen, short the T of a BLT, sneaks across the hall to steal some tomatoes from the wake of her dead neighbor, Esther. When she hits it off with Esther’s granddaughter, Rachel (self-proclaimed produce nerd), Ellen lies and claims she was best friends with Esther.

At The Happy Idiot, Ellen asks Charlie to tell her everything he can about Esther and learns that Esther didn’t have any grandchildren. Ellen accuses Rachel of lying to steal Esther’s inheritance, only for Charlie to realize he’s mixed up their neighbors and that Rachel really is who she says she is.

Ellen tries to patch things up, but the damage is done, and Rachel storms out. This might not be the last we see of Rachel, however, since we learn she’s moving into her grandmother’s apartment and will soon be Ellen and Charlie’s neighbors.

You know what else is sweet? Sugar. And if you’re a little sugar baby looking for a treat, you’re barking up the wrong mama.
— Sophie

Not a Fan of the Humor

Let’s walk through three jokes in one short scene where Ellen is getting read to watch TV with a sandwich. When Alexa queues up her show, Ellen tells her, “Thanks, boo,” which warrants a laugh. Then, she cuts into a tomato to reveal it’s rotten, and this too (somehow) gets a laugh. The final laugh comes when she remarks, “This rotten tomato is 0% fresh.”

I’d say that none of these jokes are good, and the only one I’d even identify as an attempt at humor is the last one. I guess you might call the rotten tomato a visual gag, except there’s really nothing funny about it (I was honestly confused why the editors put a canned laugh there). Although the episode occasionally gets better, this is a pretty good glimpse into this show’s comedy style.

Unclear Why This is Relevant in 2050

The show’s insistence on having each episode so far open and close with Future Sophie talking to her son makes it painfully obvious that these stories are not very relevant to her overarching story.

Future Sophie always has a new snack or a fresh glass of wine, drawing attention to the excessive passage of time. Wouldn’t Future Sophie’s son just hang up on her at some point? Doesn’t he have other things to do?

On top of this, the narrative bookending that drives home the moral of the story every time has grown pretty tiresome. We really do not need a conclusion paragraph summing up what Sophie learned at the end of each episode.

It’s Really Not a How I Met Your Mother Show

If How I Met Your Father was repackaged as just a sitcom about six adults living in NYC without any ties to the How I Met Your Mother universe, I really believe viewers (and critics) would appreciate it more. As it stands, the show just feels totally out of sync with its predecessor in tone, style, structure, and humor – unsurprising, given how showrunners Isaac Aptaker and Elizabeth Berger weren’t involved at all with How I Met Your Mother‘s run.

Of course, a large portion of How I Met Your Father viewers are fans of the original show and can’t help comparing the two shows, including me. (And it doesn’t help that the show constantly reminds people of the “How I Met Your…” premise by unnecessarily cutting to the future all the time.)

It’s essentially a case of false advertising. Disappointing, to be sure, but the best approach for those who actually want to give How I Met Your Father a chance? Take it as its own standalone show, and forget How I Met Your Mother as best you can.