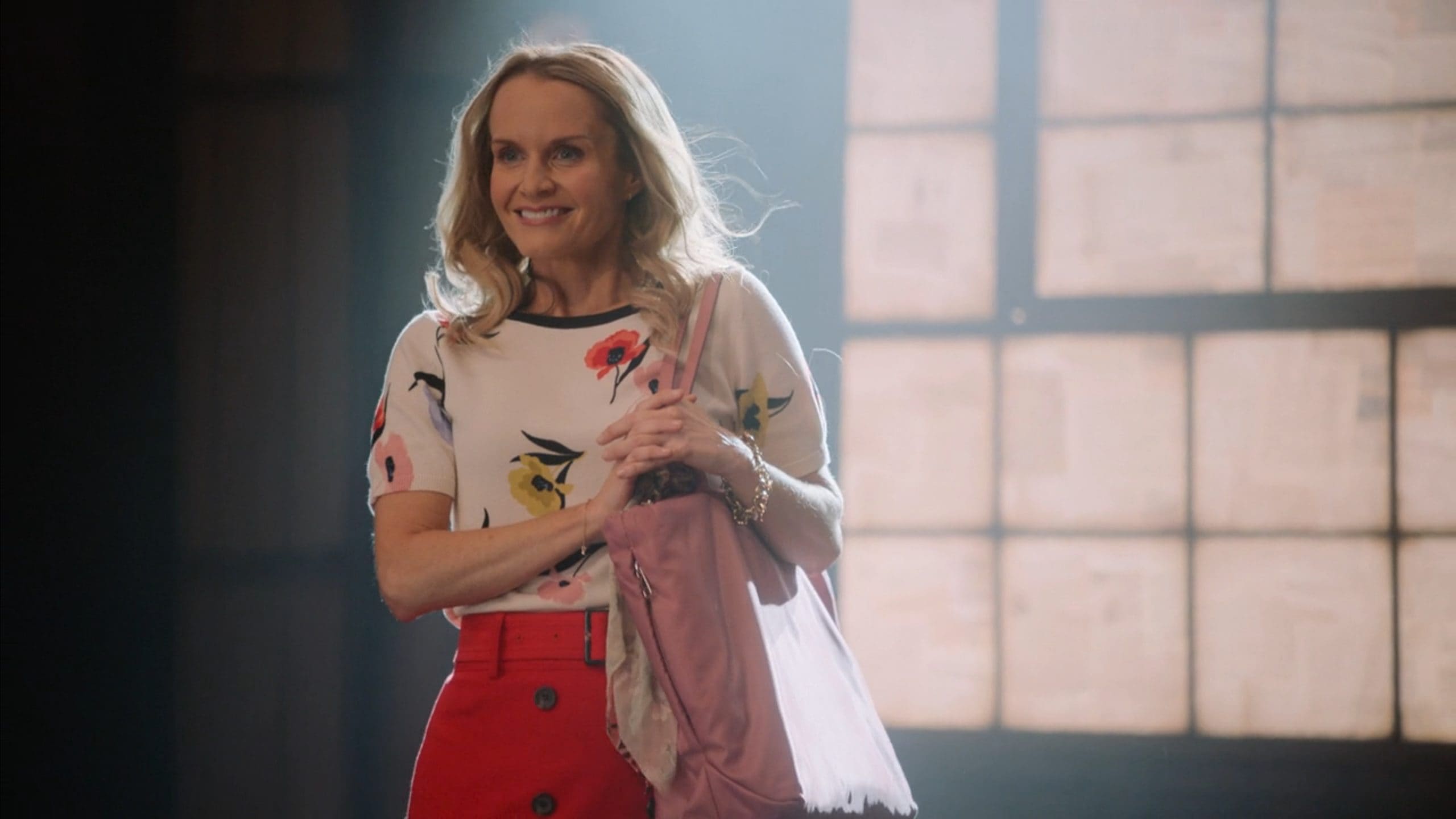 As EJ tries to save the show and his relationship, Jet tries to reconcile with his sister, Ashlyn comes to a realization, and Ricky continues to struggle with his feelings for Gina.

While everyone has set aside the archetypes Carlos set for them in the last episode, the drama is still ongoing. For example, Jet and Maddox still aren’t in a good place. However, during a color wars competition, he is trying to show Maddox that he is willing to make an effort and be there for her in ways he wasn’t before. He even explains to Ricky that the whole outing thing was a misunderstanding since he didn’t know Maddox was gay. Jet knew she was talking to someone, dating perhaps, and he couldn’t, so questions arose why did Maddox get privileges he didn’t?

But, speaking of sexuality, Ashlyn is starting to wonder about hers. After Maddox presents the idea she, Ashlyn, likes Val, Ashlyn increasingly starts to question if she does? A hug really pushes the need to question this, and with fireworks in the background? The struggle is real.

Let it be known, though, that she isn’t the only one struggling. While Ricky has made a new friend in Jet, his friendship with EJ and Gina remains complicated. He is trying to not overstep and say or do anything with Gina, which is unbecoming, but EJ dropping the ball or having to dedicate himself to prepping for the show gives him a plethora of opportunities. Luckily for EJ, though, unlike what happened with Nini, Ricky isn’t making any moves, and while Gina wishes her summer and relationship were better, she isn’t necessarily trying to jump ship.

Plus, while EJ is a mild disappointment, he is trying. He even brings Miss Jenn to camp to give pointers, and while he originally tries to hide her visit, he slips up and her being there gives a nice boost to everyone’s spirits. Also, she drops off a birthday present for Ricky, which means Gina may come up with something to thank him for all his support.

Miss Jenn is always a welcomed face, as the kids showed, and she acts as a reminder of how the job of a teacher is never done. When in need, they can still be a mentor, maybe even a friend in EJ’s case, and while Miss Jenn definitely is going far beyond the call of duty, those are her kids. Maybe not biological, but like any chosen family, when you’re called, you show up.

One of the things we love about Ricky is that he is a very vulnerable and unsure character. There is a certain level of confidence you can’t deny, but generally speaking, he is faking it until people believe he is everything he can be perceived as. So when it comes to his relationship with Jet, it’s like he doesn’t have to perform. He doesn’t have to try to be the best boyfriend, the leading man, or someone to look up to. Instead, Ricky can be his goofy, awkward self, and unlike Gina, there aren’t the kind of feelings there which could complicate things.

Which is likely why Jet is able and willing to open up to Ricky. He knows he is dealing with a genuine person who values everyone getting along because he wants people happy, not because he wants the credit. But, as Jet seems to be picking up on, Ricky isn’t above putting other people’s joy before his own, which may get on Jet’s nerves in time.

Ashlyn being bi is solely on the fence because I don’t know the long-term goal with this potential discovery. Plus, while “High School Musical: The Musical: The Series” generally doesn’t like to get too messy, we are three seasons in. Who is to say, even though I doubt Val will reciprocate Ashlyn’s feelings, Ashlyn may not try to explore the gray area where she isn’t cheating, but she can confirm her thoughts and feelings?

Now, while we’re uneasy about that aspect, we are glad that Disney+, which is a platform that skews towards a young audience, is having a character like Ashlyn question her sexuality. More often than not, we jump in when characters are at Carlos’ stage, Seb’s, or Maddox’s, where they went through the majority of the process, and either they are who they are like Carlos or just needed that one shoulder to hang onto like Seb.

So for Ashlyn, who is just having it click, how they handle her feelings and whether Maddox guides her, should be interesting. Especially since it’s rare to see one of the lead cast members go through the journey of discovering who they are on a show which isn’t LGBT-focused – girls in particular. Heck, people of the LGBT+ community who also don’t look like Maddox or Carlos.

High School Musical: The Musical: The Series: Season 3/ Episode 6 “Color War” – Recap/ Review (with Spoilers)
Overall
From Miss Jenn appearing, Ricky getting to be himself with someone, and Ashlyn’s journey of discovery beginning, “High School Musical: The Musical: The Series” remains consistent in ways I don’t think anyone could have predicted
Highlights
A Miss Jenn Appearance
Ricky and Jet's Relationship
Disputable
Is Ashlyn Bi?
79
Subscribe to our mailing list Follow Wherever I Look on Twitter and Instagram, Like us on Facebook, and Subscribe to the YouTube Channel.