After the events of Valentine’s Day weekend, school begins again, and for Gina, a lot of situations have left her struggling.

EJ doesn’t get into Duke, and with him being a legacy, since his grandfather went and his parents met at Duke, he is devastated. Luckily, Mr. Mazzara, who wanted to get into Caltech, and failed multiple times, does push the idea that you can be happy even if you don’t get into your dream school. Which, in a small way, makes EJ feel better, but certainly not his old self.

I Just Want To Be Wanted & Appreciated – Gina, Carlos, Ricky

After sending that text to Ricky, he has lucky been able to laugh about it, but now things are awkward since it has evolved into an inside joke. Thus, Gina now feels even closer to Ricky, yet with him dating someone, she can’t act on the feelings. 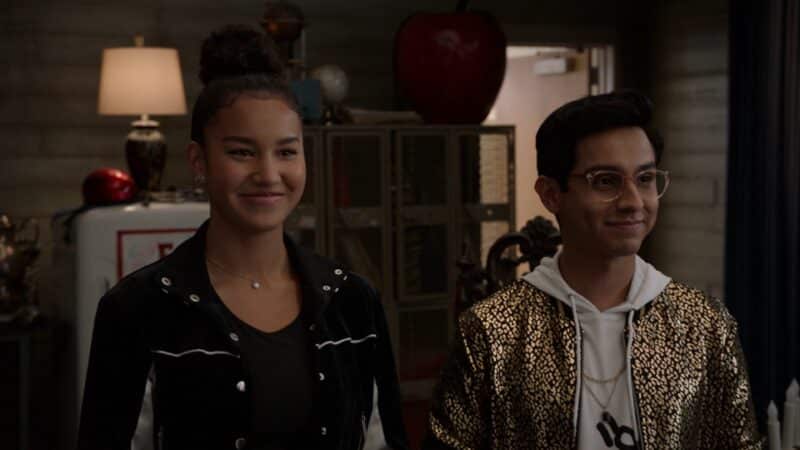 And while choreographing with Carlos was supposed to be an escape, there is a power struggle there. Carlos needs a co-choreographer because he can’t be on stage and choreograph – it would be too much. Especially since Carlos is used to being behind the scenes and outside of Seb, his family, and Barbie dolls, Carlos hasn’t had a real audience. Yet, for Gina, her thing is, he isn’t letting her take initiative without a side-eye or comment, and because she is still getting adjusted to this school, living in a home her mom doesn’t pay for, she is going through a lot.

The back and forth of who is going through what ends though as Carlos admits he just wanted to be closer to her since he doesn’t know anyone as into dance as he is. So, with this, it seems there is a truce. Mind you, they both are still competing for whose choreography will be chosen for the “Be Our Guest” number, but now the competition might not spoil their friendship.

Everything Is Not What It Seems – Nini, Ricky, Miss Jenn

With Nini visiting for the weekend, she got to spend some time with Ricky and visits everyone else due to deciding on taking a later bus back to Denver. However, because of her leaving late, she gets stuck in a freak storm that traps her in a car with Miss Jean, who was driving her back to the bus station. In the car, they have a conversation in which Nini lets Miss Jenn in and reveals that YAC doesn’t really make her happy, and ultimately, while she may have felt trapped in Salt Lake, she feels stifled in YAC. Ms. Jenn wondering if Nini is okay after hearing her describe her new school

Because of this, Miss Jenn, Ricky, and just missing home, it appears she’ll drop out of YAC and might even leave her dreams of being a performer in Denver as well.

EJ & Nini, And Why You Shouldn’t Bank On Your Dreams Making You Happy

When you’re young, there is this idea you need to be locked into one dream, do all you can to achieve it, and when you do, you’ll be happy. However, then comes the situations we see Nini and EJ in where you get a piece of that dream and realize it isn’t everything you wanted or, in EJ’s case, you get rejected and now are lost about what you should do next.

This is why Mr. Mazzara and Miss Jenn’s speeches were so important. Both have had either a taste of the dream or had to reconfigure the path to their goal and gave excellent perspectives. With Miss Jenn, her story talking about auditioning for Frozen on Broadway helped Nini understand that sometimes you’re on autopilot for so long, you end up realizing you stopped loving what you do. It’s just what you’re good at or what you know, and while that brings comfort, it may not necessarily make you happy.

Then with EJ, he has the issue a lot of us have in thinking it is all over if everything doesn’t go right, and Mr. Mazzara made it clear that isn’t the case. He failed to get into Caltech over three times, and while the dream isn’t completely dead, he doesn’t’ think about it much anymore. It’s not a regret about something he didn’t do but simply a path he didn’t take.

And another thing you have to appreciate is, despite Nini no longer going to YAC, she doesn’t switch to a new dream or idea of what she wants to do. Rather, now she is just in limbo. Also, in terms of EJ, while Mr. Mazzara’s words help, it doesn’t make him suddenly feel better and wanting to be social. He is still processing what happened and trying to figure if state school can be good enough. 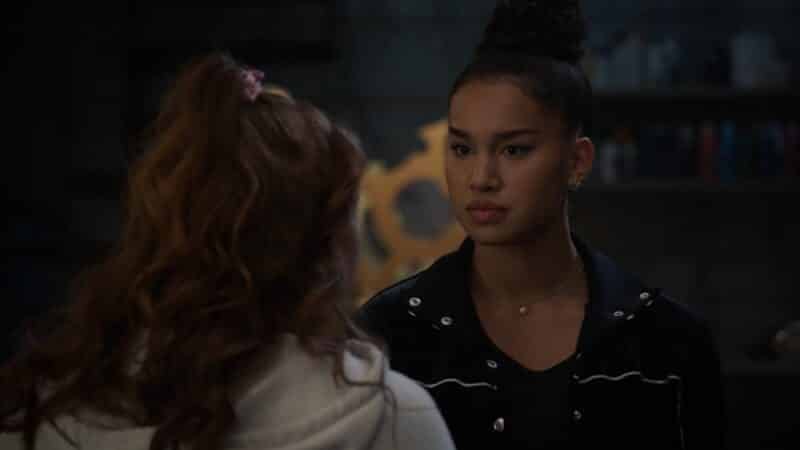 I just want them to allow Gina to be great and happy. Yet, she constantly gets to be adjacent to that. With Ricky, they now have inside jokes, and he is often in her corner. This is confusing, and while I appreciate the complexities of being friends with someone you’re attracted to, Gina doesn’t have a lot going for her.

Yes, you could say she is the one with the most experience in the cast, maybe submit she is the most talented. However, Carlos playing that down or trying to keep her in a place where she can’t outshine him conflicts with that. Add in Miss Jenn regulating her to a supporting role? You can almost see a mix of what EJ and Nini are going through with their dreams here. Gina can’t get what she wants and what she does have, it isn’t necessarily fulfilling. So, something has to give. 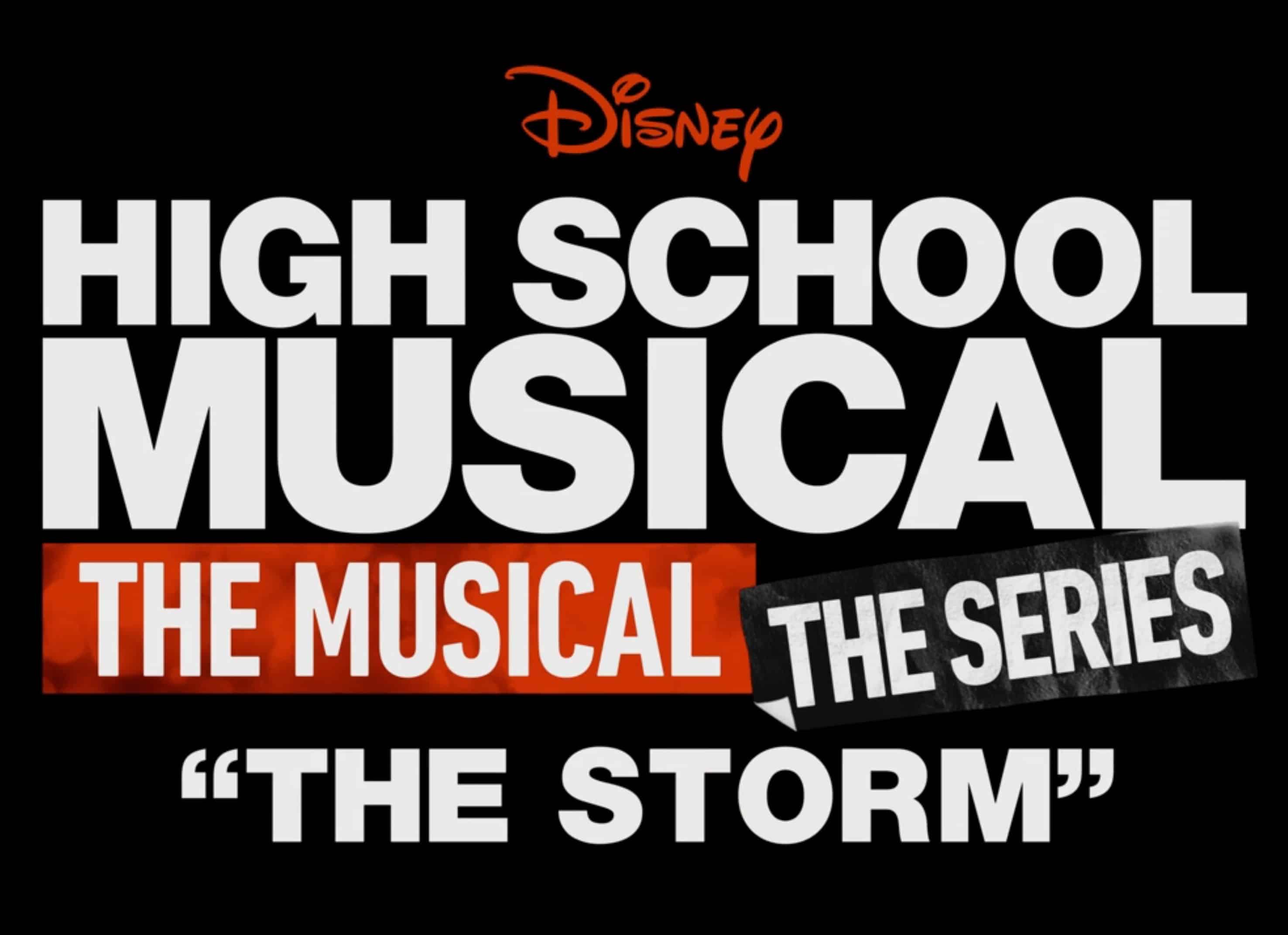 High School Musical: The Musical: The Series: Season 2/ Episode 4 – Recap/ Review (with Spoilers)
Trajectory: Plateau
The conversations around accepting that you may not reach your end goal the way you want or have to change plans, despite all you have prepped and trained for, is heard loud and clear. However, as some are shifting their goals, there is a need to wonder whether we will see everyone recover or win?
Highlights
EJ & Nini, And Why You Shouldn't Bank On Your Dreams Making You Happy
Poor Gina
Low Points/ On The Fence
87
You Might Be Interested In