Letty gets directly confronted with what her future may be and how, if she wants to be a good mother, it may be best for her not to raise Jacob.

Previous Recap: Episode 5 “You Could Discover Me”

Table of Contents show
1 Previous Recap: Episode 5 “You Could Discover Me”
2 The (Great) Grandmother You Never Knew: Jacob, Letty
3 Favor For A Favor: Letty
4 There Is Something About Teo: Teo, Javier, Jacob, Letty
5 Other Noteworthy Facts & Moments
6 Question(s) Left Unanswered
7 Highlights
7.1 Jacob
7.2 The Foreshadowing
8 Catch Up or Follow Along: Here [External]
9 Follow Wherever I Look on Twitter or Like us on Facebook.

While obviously Estelle had to come from someone, it wasn’t necessarily clear how that person was as a parent. Well, we get our answer to that and who taught Letty drifting. The answer? Alice. She used to have Letty join her cons and they used to have quite fun together, Letty even considered her a good mother. However, Alice makes it clear that she was not a good mother by any means of the word, besides giving Estelle up. 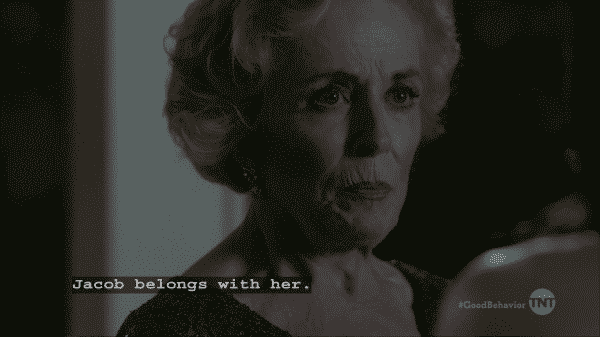 Something she advocates Letty to do for she sees so much of herself in her. To the point she questions, really, what is Letty doing? And considering Jacob is starting to pick up Letty’s negative traits, it is really a good question. For Letty seems to have it in her head she is going to play a housewife while Javier tries to make it on a cook’s salary. An idea which sounds increasingly preposterous for Letty still gets a thrill from stealing. An addiction Alice notes isn’t going to go away anytime soon. If anything, she’ll go from stealing items to taking people’s money through marriage, like Alice now does.

Favor For A Favor: Letty

As we know, Letty gave 10% of Lashever’s money to keep her promise. So, the idea is to get the money, or take something, from Alice to recoup that. Problem is, Alice doesn’t want to make things easy. She wants Letty to experience having to work for something. So, she decides that she’ll help Letty if she can catch Royce cheating so that she can get 80% of his money.

The problem is, Royce, while flirty, is very much in love with Alice. She’s eccentric and has this certain allure that seemingly most women have never had before. So while he is fully aware she only wants him money, he is far too entertained to give her the divorce she so desperately wants so she can retire from her line of work.

However, with Letty being family, he is fine with giving her the $50,000 she needs. In cash at that. But, with that job done, alongside what happens in the third topic, it seems Letty may have decided that while she wants to prove people wrong, it maybe hard to do that when her life isn’t stable yet.

There Is Something About Teo: Teo, Javier, Jacob, Letty 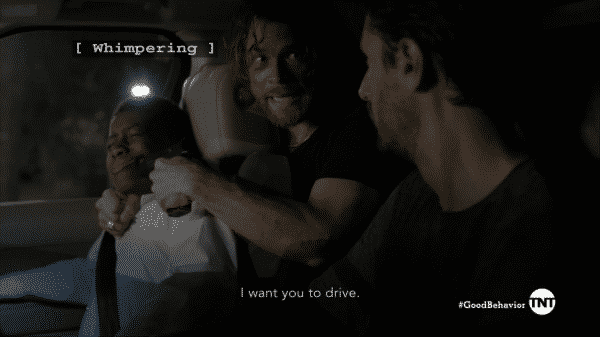 Ava’s girls, Daniela and Sofia, outright don’t like Teo. He basically stalks their mom around, interferes with them using their phones, and has moved into their house. It is all a little bit too much too quickly for them. So they run away in protest just for Javier to call their mom for them. Since they figured they could just live with Javier.

However, Javier’s life, like Letty’s, is far from being stable enough to have minors about. I mean, Teo is a prime example why. Despite it seeming him and Javier coming to an understanding, one in which it seems he is threatening the girls learning the truth about Javier, he tries to threaten Jacob.

Literally, he waits in the back of Javier’s car and pops up with a gun to Jacob’s head. Which leads to Javier whooping his ass and is probably the final straw for Letty. In her son being threatened because of Javier’s business, she chooses him over her son and seemingly is fine with Estelle raising him. That way he can be safe, stay in the family, and not have to lie. Which, between Jacob and Javier, was a serious conversation since Jacob is harboring secrets and, as shown with Apple, is starting to pick up what clearly is the family business. Of which even Estelle kind of participated in through conning people as a phone sex operator. I really loved the sass Jacob was given this episode. Be it how he dealt with Royce or how he was very matter of frank when it came to what his dad did. There is this weird humor which I wouldn’t blame someone for thinking was lackluster acting, but it comes off funny to me. He is this Black child with this white family and the show doesn’t pretend that isn’t an odd thing at all. Much less, this child, who is old enough to be acutely aware of what is going on, not really freaking out or anything but treating it basically with a hunch and a slightly sunny disposition.

Between Alice’s speech, alongside what Rose/ Mikey said in the last episode, seemingly we’re being set up for something. All this talk about people changing, Alice and Letty being the same, and yet Letty fighting against this makes you wonder what the final result will be? Will it be, similar to Rose, she’ll find that good person deep down and find peace or will she give into the monster? The one which, even when 60 or 70, will have her conning and robbing people? Perhaps to the point she loses Javier in the process because he either can’t keep up or grows tired of it and/or her?

Good recap. While I enjoyed this Good Behavior episode it was somewhat flat and didn’t seem to be able to focus on any one person or event. Your two points/questions are well taken and I too wondered why Javier didn’t just off him, but the we would not know if he killed Silk.

Anyway thanks for your recap.

Which brings to question, will he drag out some sort of torture against Teo for answers or will he be let go? Also, will there be a twist of Teo being some sort of informant?

Javier does not seem to have the stomach for torture: he is probably the most humane hit man since Colin Farrell as Ray in Bruges or John Cusack in Gross Pointe Blank. And he does not kill for no specific reason: Teo is a horrible character who held a gun to a child’s head but did not kill him nor do we have reason to believe he would have: Teo was using Jacob as leverage to get Javier to do something, but we don’t know what. Teo could have just killed both Jacob and Javier if he wanted from the back seat: he didn’t and he is up to something else. Javier, as you said, could have killed Teo and left him in the motel for a reason too.

Anyway: Good Behavior needs to do some flashback scenes of the lives of Letty & Javier to give us a better idea of other things that happened in their lives, besides just each other. Was Letty ever really in love before, was Javier? That would be an interesting episode.

Thanks again for your blog: I hope to keep up with Good Behavior, pretty much the only show I get a chance to watch.

I agree. I would love to see Letty and Estelle’s relationship and how her grandmother played a role in that. Then with Javier, I want to see how he ran Teo out of Ava’s life and how her relationship with Teo was. Just for some more background.

Though with this show not being a 24 episode behemoth, I don’t know if they may dig too deep.