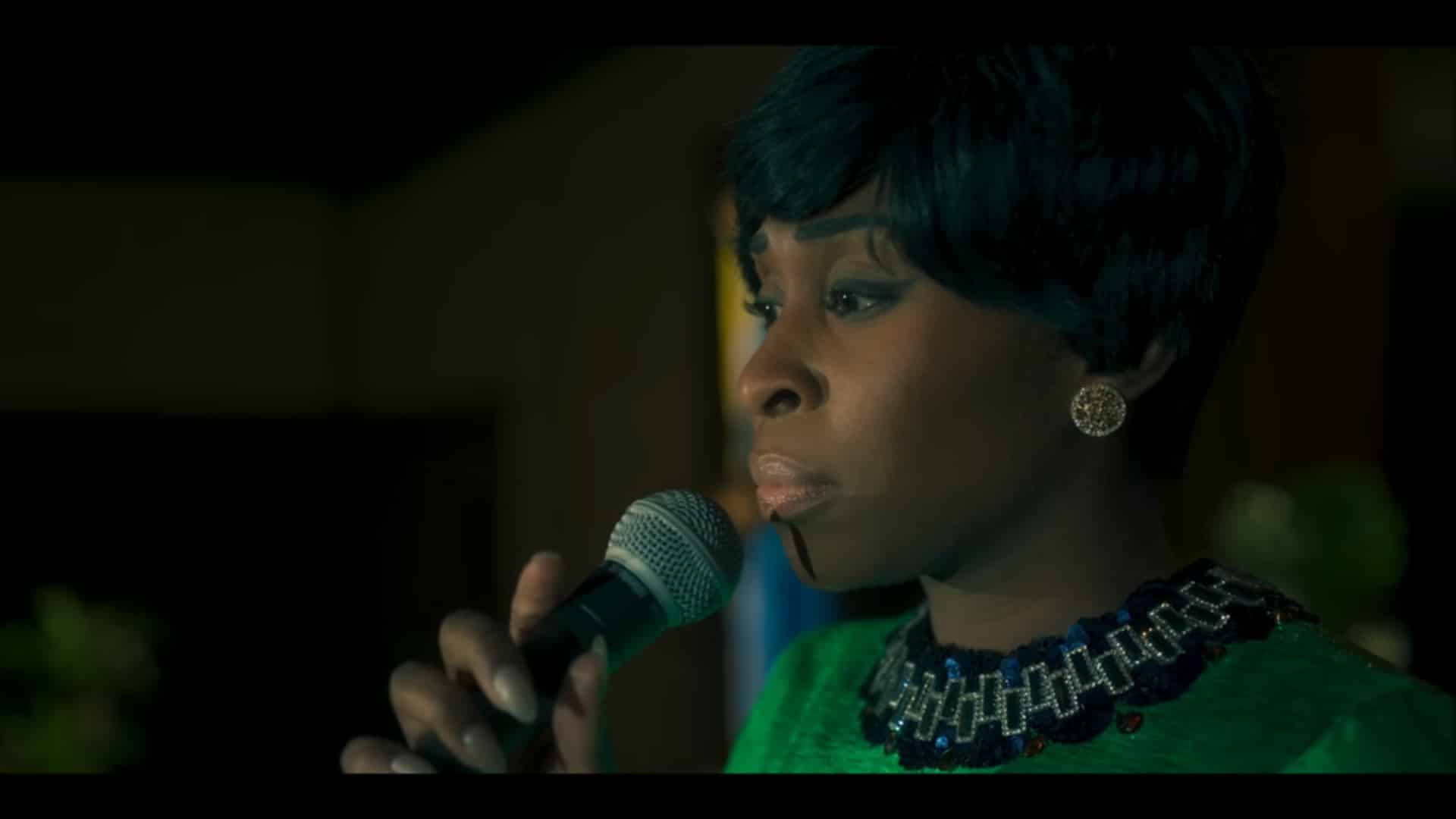 As Aretha gains her first hit, she also finds herself becoming part of the Civil Rights movement and building a close relationship with Martin Luther King Jr.

With being 13 and becoming the star attraction of her dad’s gospel tours, while Aretha was happy to be singing in front of an audience, the burden of a child weighed on her. Not just having one but what people think. Of which C.L. didn’t help much with, since it seems he wanted to avoid his reputation being tainted or even talking about what happened. Though, when Aretha went out with a singer named Sammie one time, to see Sam Cooke, he lit into Aretha and blamed her for getting pregnant and daring to imply she is trying to get pregnant again.

But, when you got a father who we see is a philander, who will talk bad about a woman at a moment’s notice but not hold a mirror to himself, what you expect? Especially since, unless it may affect the show, it seems Aretha was left in the care of whoever had the time.

In 1967, as Aretha’s fame gets solidified and legend grows, she looks around and sees the Civil Rights movement in full gear. And with that comes the feeling that she isn’t pressured to speak and do something but rather recognizes the opportunity to do so. Thus, as she finds herself in Dr. King’s company, the two form a bond, and she works with him extensively.

Now, in some ways, you can see this feels like a slight to C.L. since he has been planning marches and more, with Aretha often blowing him off for her career. So her being willing to fit in Dr. King without being outright asked? Well, it gives him pause. But with her voice and ability to help fundraise where she feels she can do the most, this is where Aretha wants to be. Add in Dr. King is a good conversationalist, especially during sleepless nights, and the two bond in ways that do raise an eyebrow.

Yet, no sooner than Dr. King becoming a staple of Aretha’s life, he is killed.

I don’t know about you, but I’m more so here for the music than the dirty laundry. So as much as I may raise some eyebrows and find myself entertained by the drama, I could do without if we got more of Erivo singing. For her rendition of “Change Gonna Come” had me swooning like the actors and extras in the audience and perhaps was one of the first true moments this mini-series felt like it really wanted to present Aretha as a singer and performer with her personal drama not the focal point.

Still Feeling Like We Could Move On From Young Aretha

Not to take anything away from Shaian Jordan, who sings wonderfully and gives you a sense of how Aretha developed her stage presence but, do we still really need to see 14-year-old Aretha? Especially to the extent that we do, in terms of meeting these musicians and Aretha name-dropping people who sang or came to her dad’s church? Never mind C.L. being portrayed in this way?

Don’t get me wrong, we love seeing a young Black girl get her name and face out there, especially one who isn’t light-skinned or is racially ambiguous. However, at this point, I don’t think the back and forth time jumps are helping the narrative at all.

Anyone Else Get A Flirty Vibe From Aretha and MLK?

Maybe it is just me, but did anyone else feel Dr. King was a little flirty with Aretha? That when she asked about his wife and kids, that pause gave the vibe he realized Aretha wasn’t down with whatever he might be thinking? Yet, at the same time, didn’t mind having a man speak to her that was on her level and having an interest in her?

Is it just me who got that vibe? Because, you know, depending on your source, there are reports Dr. King was a flirt. Which, granted, likely was FBI propaganda. However, considering his life and reputation is protected as much as it can be, as are many within the Civil Rights movement, who is to say what was government planted ideas and truths we’ve long hoped were lies?

Though with that said, it should be interesting to see if the next season of Genius, featuring Dr. Martin Luther King Jr., plays upon those rumors.

Still Feeling Like We Could Move On From Young Aretha - 74%

Anyone Else Get A Flirty Vibe From Aretha and MLK? - 73%

As the Civil Rights movement comes into swing, Aretha finds herself compelled to add her voice to fundraise and make a difference. Leading to a kinship with Dr. King and further complications between herself and the men in her life.