Genera+ion: Season 1/ Episode 6 “The Wheels On The Bussy” – Recap/ Review (with Spoilers) 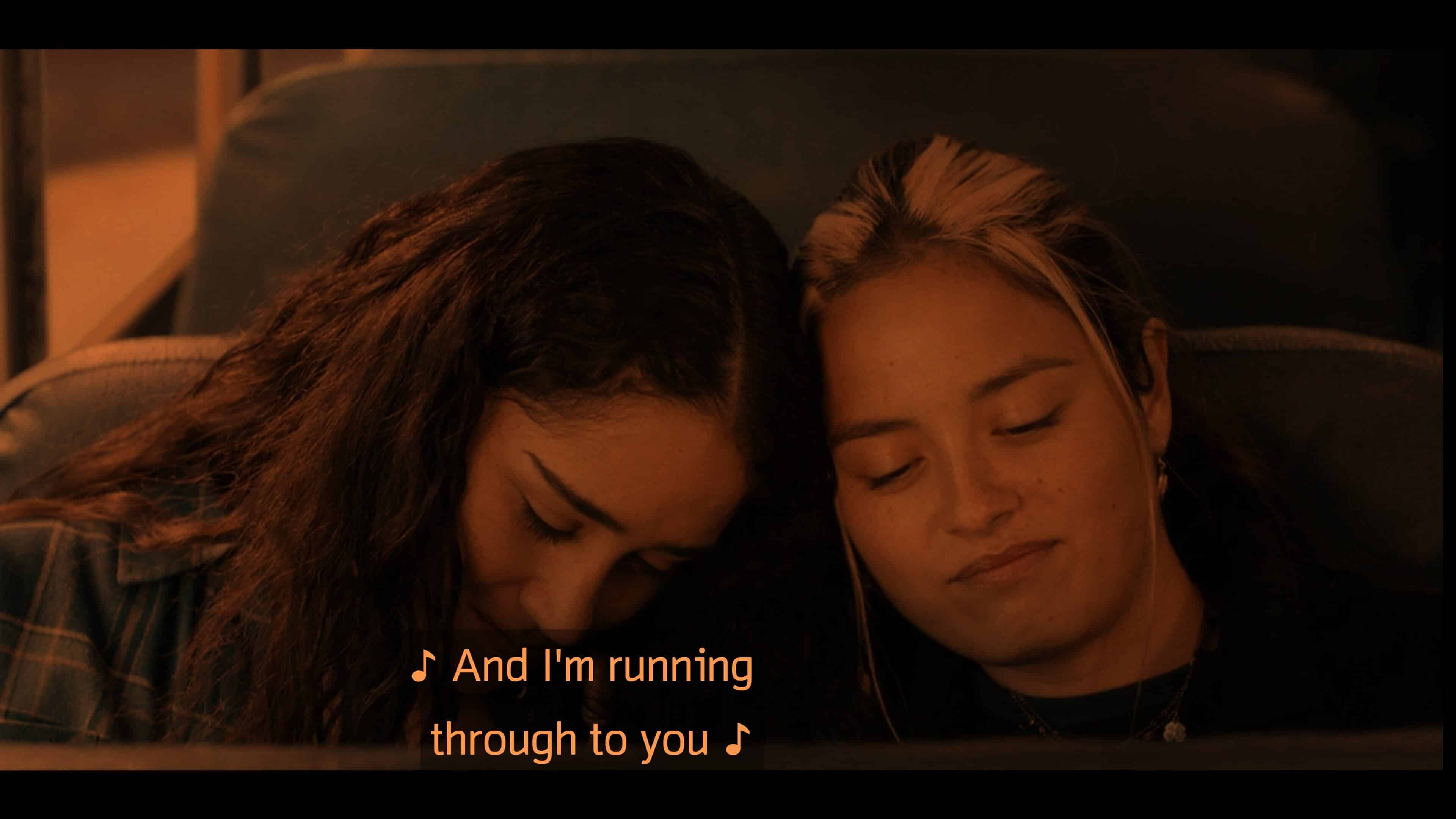 Greta and Riley listening to a song Riley identifies with

As Riley and Greta get closer, so do Sam and Chester. But, on the opposite end, Naomi and Nathan are this close to killing the other and saying it was an accident.

It’s time for the trip to San Fransisco, and while the fake IDs are got and plan made, all Naomi can think about is how Nathan stole her best friend and how dirty they talk to each other. So, with her being miserable, she decides to pick with Nathan every chance she gets. However, to add insult to injury, Megan, their mom, gives meek approval of it all because Nathan is messing around with a girl. Thus Naomi is quick to raise the double-standard flag, but honestly, Megan couldn’t give a damn.

This makes Delilah revealing she has a similar interest to Naomi a blessing since Naomi is in desperate need of a friend.

One Year Away From Being Legal – Sam, Chester

Chester isn’t in love, but only because he knows Sam wouldn’t reciprocate his feelings. However, with Chester mostly hooking up with men, not dating them, or being anything beyond physically intimate, Sam has Chester in his feelings. For if it isn’t addressing people taking pictures of him and making him uncomfortable, it is Sam grabbing hold of Chester when something happens to the bus and showing one of his first thoughts was making sure Chester is okay. That has left Chester a bit messed up in the head.

However, add in Sam opening up to Chester in ways he isn’t with everyone else, be it about his career aspirations before becoming a counselor or life in the closet? Beyond a crush, Chester might be planning a wedding in his head.

Give Into The Feeling – Ana, Sela, Greta, Chester, Riley

Greta is struggling a bit. While Ana is fine and encouraging when it comes to Greta and Riley being a thing, Sela, Greta’s mom? Greta is pretty sure she’d be against it. So when it comes to Riley, as much as Greta wants to be with her, there is this fear her mom would put a stop to it as soon as she comes back.

But as much as Greta believes her fears are inevitable, it’s Riley. She checks in, makes Greta feel beautiful, spends quality time with her, and touches her in ways that aren’t sexual but provide a similar gratification. It’s hard to deny yourself of that.

My closeted self was so inside the box I was designing the blueprints for the box.
— Sam

I so badly wish this show was about Greta, Riley, and Chester because it would mean more Ana. Can you imagine getting to understand how Ana and Sela came from the same household but are so different? Getting to see the inner workings of Ana’s relationship and maybe even an idea of how she is adjusting to being a mom and how she feels about Greta and Sela when Greta isn’t around?

I don’t know about you but, Ana is a hook on this show for me and, alongside Sam, one of the few adults on this show that I appreciate being seen fairly consistently.

Is it weird these two make me shed tears? Hell, I’m getting teary-eyed as I write this because there is just something about them together. And I don’t want to repeat what I say every episode these two make progress but, Greta is just so wonderful and Riley sweet as well, and even though I don’t identify as a girl or lesbian, there is just something there that feels so right. Like, if I was female and a lesbian, Greta and Riley would be couple goals.

And perhaps that’s why we love them so much? They are the kind of couple goals that seem obtainable, and even beyond them both being girls, the core of their relationship, and how they make each other feel, that is desirable. Which perhaps is the ultimate goal when it comes to presenting diverse stories? Having it where, while the two people on screen may not look like you, have the same background, etc., at its core, you understand and identify with the feelings they portray on screen.

Just as there is a lack of stories featuring lesbian women of color having bliss, the same can be said when it comes to queer men of color. Now, we are by no means saying 17-year-old Chester and 30 year old Sam should get together.

However, I do love seeing this platonic comradery which I feel is setting a precedent for Chester on how someone should make him feel. For it is very easy to get into the seduction of hook-up culture, especially if no one can get pregnant. But, as shown, finding love, especially for Chester, who is out, Black, and flamboyant, in high school! Oh, the struggle is real, and with how he is with Sam, it seems hooking up is a means to an end than Chester’s first choice.

The Return of Nathan and Naomi

I just want them gone in season 2. They feel like the Trojan Horses used to sell this program so we can get Chester, Greta, and Riley. Their existence is because this couldn’t be sold without having some white characters as leads. Which I know sounds rude, and some probably consider it racist, but in reality, it’s more so the issue of how Hollywood isn’t as progressive as many think. There might be a push for diversity, authenticity, and representation, but many decision-makers still hold onto the idea that you cannot have a hit without a token white character or with some sprinkled in and treated as leads.

Even if they have the absolutely asinine story of all the characters – sans Arianna, who is just, WHY?

There is something interesting about Delilah, but I think it would be more interesting if it was through them dating or being with J than focusing on her having a surprise pregnancy and giving birth. So, I’m kind of torn. I want more Delilah but think her storyline is ridiculous.

Love is in the air, and while some of it is forbidden, for everyone who feels like they found their person, you can see how life-changing it is.