All hell breaks loose at Riley’s party in the season finale, and we end things with far more drama than happy endings.

The Valentine’s Day massacre begins with Bo breaking up with Chester, which sends him into a tailspin. One Nathan tries to help with, but with Bo not budging and Chester desiring to be messy, little can be done. But, at the very least, Chester isn’t alone in having a bad night.

Thanks to Riley revealing his relationship with Chester was fake, Megan and Mark find another fissure in their relationship. The problem this time? Megan feels Mark blames her for the lying, even when he tries to take accountability for his part in it. But what also doesn’t help is, due to Megan’s lack of interest in date night, Mark increasingly feels the kind of distance Megan believes she has with Nathan. Thus, by the end of the night, Mark starts contemplating changes. Speaking of changes, Cooper seems to want to change the dynamic in his, Naomi, and Delilah’s relationship to being just him and Delilah. This she wants to avoid, for the sake of Naomi’s feelings, but with learning Naomi, while on Percocet, told her truth? Then add in the taste of Cooper calling her “Strong” and forcing her to see how people may react to knowing she is Panda Express girl? Oh, she is pissed.

At least, she is pissed at first. However, after some time to cool down and with Cooper proving to be one on one boyfriend material, she calms down, owns her story, announces it, and even makes up with Arianna. A task Naomi doesn’t, thus their beef continues.

The Best Of It – Luz, Riley, Greta

To heighten the enjoyment of the party, Arianna gave chocolates with an alleged truth serum in them, and because of this, we find Luz confessing she loves Riley and Greta confessing she still likes Riley but is asexual. Those two, alongside dealing with having a party in her backyard, and people in her mother’s playroom, are very overwhelming for Riley.

But, with now understanding what Greta’s deal was, she wanted to confess about hooking up with Luz, but, as so many times before, she gets interrupted.

As Mark and Megan go to pick up their kids, Mark proposes the idea of space, if not a separation between them. While this happens, Chester decides to go to that billboard for some space and air after having a bit of a manic moment. While up there, looking out towards the world, he calls Sam and has a short chat. Nothing which shifts either of their lives, but the kind of conversation that reminds you how much Chester just desires a sense of real connection and not superficial.

Was Delilah giving birth to her baby a big deal? Yes and no. It was pushed to be such, and you recognize her not knowing she was pregnant, giving birth, as well as giving up the baby was a big deal. However, it was also one of the weakest and forced-upon storylines of the show. But with Delilah owning up to what happened, hopefully, we can move on and sweep that under the rug. Sans, likely, Delilah still adjusting to how her body has changed.

Greta Coming Out As Asexual

As bi-sexuality and trans representation grows, so does the need for asexual representation. Granted, according to the Williams Institute,[1] they are but an estimated 1.7% of the US population, but let us not pretend through representation, and an understanding of what asexuality is, that number might not grow. After all, knowing you are gay, lesbian, or trans likely shifted once these communities weren’t simply whispered about, but representation was on TV. For then, someone could know what they look like but, most importantly, how they feel. 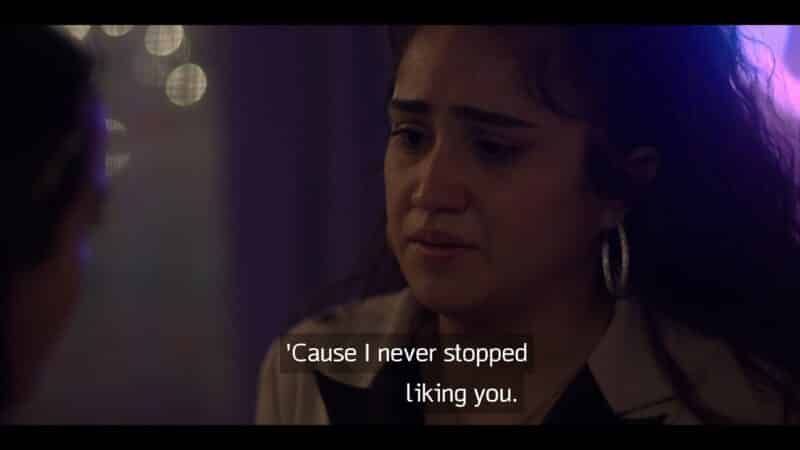 The separation of Megan and Mark will cause a lot of drama, and while it means an increase in Nathan and Naomi’s screen time, especially since Naomi is isolated now, a part of us just wants Mark to be happy and for us to see that for him. Heck, even with Megan, I think she has tried for a long time and has grown tired of trying with someone who she married for reasons I don’t think have been developed thoroughly. So here is hoping the end, while you know it will be dramatic, can end up amicable.

Breaking Up Bo and Chester Was Wrong

One of the things we don’t appreciate about this season is how Chester didn’t necessarily get his happy ending. Like Riley, love was fleeting but lust plentiful, and when it seemed love was a possibility, they got just enough of a taste to confirm it is real, but the lack of permanence to make it seem like something not meant for them. Which, I get, this is a YA drama and having its most theatrical character happy isn’t perhaps best for business. However, a Black queer boy with another queer person of color? That’s rare to see on shows or in real life. So to break them up, and all the drama put into making Bo leave, and then tease a Nathan and Chester hook up? That was disrespectful. Genera+ion: Season 1/ Episode 16 – Recap/ Review (with Spoilers)
Trajectory: Plateau
Genera+ion ends its first season with the same brand of drama it has maintained throughout. The kind that just hits the brink of feeling like everything and the kitchen sink, yet a handful of characters keep your loyalty because the actors transcend what was written on the page.
Highlights
Delilah Owning Her Story
Greta Coming Out As Asexual
Megan and Mark Separating
Disputable
Breaking Up Bo and Chester Was Wrong
80
Follow Wherever I Look on Twitter and Instagram, Like us on Facebook, and Subscribe to the YouTube Channel.