It’s a complete Riley-focused episode, and while she is going through a lot, it’s probably one of the most enjoyable episodes in a while.

The reveal that her dad and his childbride are moving to Reno, and everyone thinks Riley should go with them messes up Riley’s mood. In fact, it messes it up so bad she skips heading to Ana’s, which causes issues for Ana and Greta since they stayed up waiting on her. However, when things really get bad is when Sam reveals he is aware of Riley not being at home and Ana telling the truth. 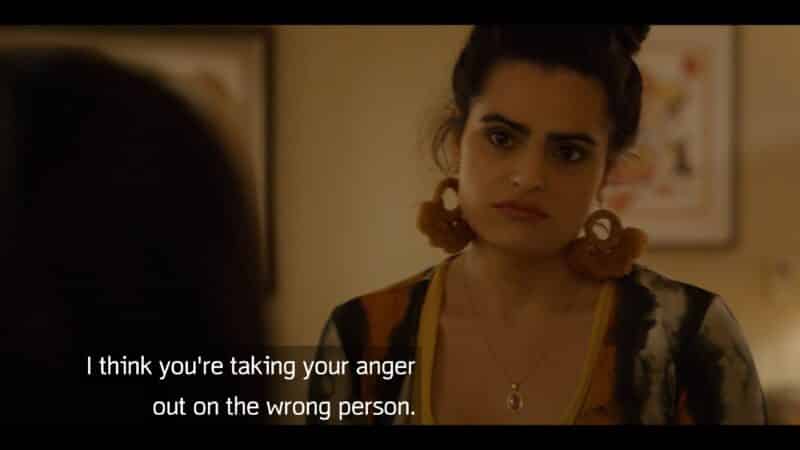 This leads to Riley feeling betrayed by Ana and taking her stuff since her trust is lost due to Ana not lying for her. Mind you, Ana doesn’t have beef, but she did tell Riley upfront that she isn’t lying to anybody, so this is more on Riley than her.

From One S*** Show To Another – Megan, Mark, Naomi, Nathan, Riley, Cooper

Due to Ana’s comments and her refusing to apologize, Riley heads to Nathan’s house, where she goes from someplace calm and loving to utterly chaotic. Now, what’s the drama of the day? Well, Naomi had her wisdom teeth taken out, so she is high on drugs. This, at first, is fun as Nathan and Riley mess with her. However, as she starts spilling people’s business? It becomes uncomfortable.

The first major thing she reveals is Delilah is “Panda Express Girl” to Cooper, who is shocked, potentially appalled, but promises to keep his mouth shut about. The second thing is that Chester broke up with Nathan, which causes a huge blow-up between Mark and Megan due to her conservative Christian values.

But, despite how Megan often appears as a mom and person, after Riley has a panic attack and decides to lay down on the grass, we see a different side to Megan. One which is understanding and pushes the idea, it is not that Megan is an ass, it is her kids. For with Riley, she is comforting, normalizes Riley’s anxiety, and perhaps gives Riley a rare opportunity to see one mother who is actually trying, even if she fails more often than succeeds.

The Love Of My Life (Platonically) – Riley, Chester You’d think Chester would be the first person Riley would reach out to and try to be with, as everything went down, and you are right. The problem is, Chester is so up under Bo’s arm that he doesn’t hang out as much and combine that with losing his phone? He was unavailable for nearly 24 hours.

Luckily, once his phone is found, he is right outside Nathan’s house, and Riley immediately hugs him like they were dating long-distance and haven’t seen each other in months.

Everyone has anxiety, but everyone doesn’t have it the same.
— Megan

With Megan, one of two adults who have had a notable focus on this show, generally speaking, we didn’t like her. She was made out to be the complete opposite of Sam yet, this episode reminded us that it is because of who her kids are. Mind you, this isn’t to say her conservative views are suddenly excused, but I think with ultra-progressive kids, or at least in their mind, they are progressive, paired with someone who has conservative values, of course, she is going to appear like an utter ass.

However, if you can set aside her beliefs, as seen with Riley, it doesn’t mean she is a bad person to her core. If you engage in a contentious topic, she will stand her ground, but if you are in need of compassion and help, she’ll be there for you. Heck, even with Nathan, I’m starting to believe we’ve believed so much of his drama that Megan never really had a chance. This isn’t to imply I want more of Megan at all, but there is a more three-dimensional perspective of her. 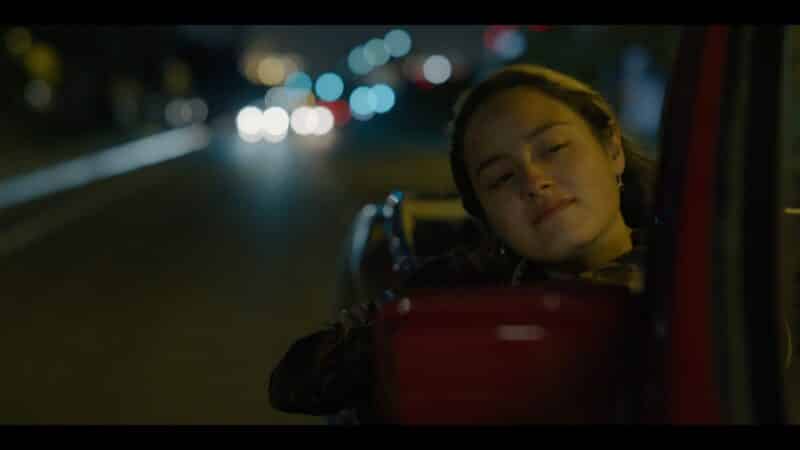 Chase Sui Wonders proves she deserves to be a breakout from this show. The whole episode was focused on her, only had Chester towards the end, and she held it down. She gave you moody teen, delirious, panic attacks, depiction of betrayal, vulnerability, joy, and with each emotion she expressed, you were either right there with her or on her side. Hell, she even made Megan look like the angel Megan sees herself as!

That, ladies, gentlemen, and non-binary folk, is a star. One who can hold it down in a solo scene or compliments whoever she shares a moment with. So here is hoping her agent gets the roles to capitalize off her range.

Genera+ion, unfortunately, isn’t consistent. The highs we get from a Riley, Chester, or Greta episode, usually are followed by nearly every other character who reminds us of what we’ve long gotten from YA series. But, with Riley being focused on and not sharing the episode with who she usually does, Chase Sui Wonders gets to fully flex on viewers and show there is a bright future ahead of her.