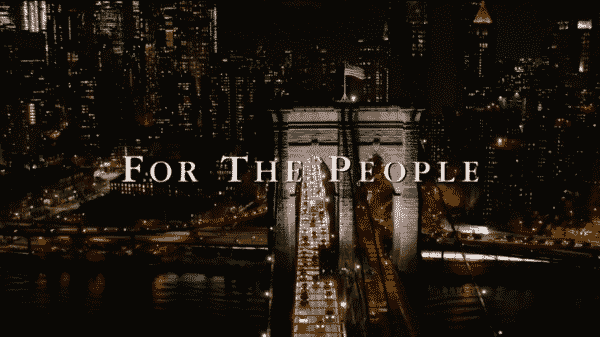 For The People is likable but seems largely unremarkable as it doesn’t bring anything new to the legal drama format. Besides a focus on young attorneys exclusively.

Two separate teams, federal prosecutors and public defenders, weekly will face off in the Mother court of the southern district of New York. On the side of prosecution we have Leonard, a cutthroat attorney who, when he smells blood, he goes to strike. Kate, a procedural attorney who always covers her ass and does her homework. Making it so your mistakes quickly become her advantage. Then there is Seth. A nice guy who seemingly was recruited to the wrong side but after his ex Allison, a public defender, betrays his trust, it seems he may venture onto the dark side.

On the other side of the courtroom is the optimistic Jay. Someone so naïve that his client plays him for a fool and with him going against Kate, and clearly not doing his homework, he looks like a total buffoon. Making him quite lucky to be on the public defender side for while Federal Prosecutor Roger Gunn expects wins from his attorneys, Jay’s boss, Jill, expects losses and boy does he deliver. However, overachiever and spunky Sandra, from California, was ready to go big or go home even with her being warned to take a plea deal. However, in her case against Leonard, she had him on the ropes. But, with her getting a few scrapes and cuts putting him there, he learns her strategy and uses it to take her down.

Though, in her defense, she was handling a terrorist case in lower Manhattan, with a client who has a Muslim name. She never stood a chance. Leaving Allison. Bright, sweet, and formerly dating Seth, there was a fear of hurting him as he became her opposition, and she was nearly willing to throw the case for him. Yet, she decides to put career before love and her case is dismissed in her favor. But, by using something said in confidence against Seth, he is now on probation and surely will make a comeback. Just you wait and see.

“The first game doesn’t always tell you where you’re going to end up.”

While there is a certain appeal about Leonard being this competitive lawyer who wants to win, Sandra being this young woman, fresh to New York, trying to make a difference, and Jay’s naivete has an appeal, Kate is different. Something about her reminds me of Elisabeth Moss as Peggy on Mad Men

. Though not the star, there is something noteworthy about Kate, even if she seems like she is inspired by Bonnie, from How To Get Away With Murder

Perhaps it is because she is a mix of the sweetness of Sandra, but also the competitive nature of Leonard. Giving us a nearly perfect attorney. Someone who wishes to uphold the law but doesn’t necessarily want to send someone to prison. Who enjoys the competition of matching wits with someone, but at the same time isn’t trying to insult and put down her opponent. She wants them to be better and points them in the right direction, but don’t get it twisted, she isn’t there to do your job.

In my mind, she is the only one who seems like a fresh character amongst the cast who each fit a familiar trope and, depending how the character is written, she may find this to be her breakout role.

Been There, Done That, Seen Her, and What A Boring First Case 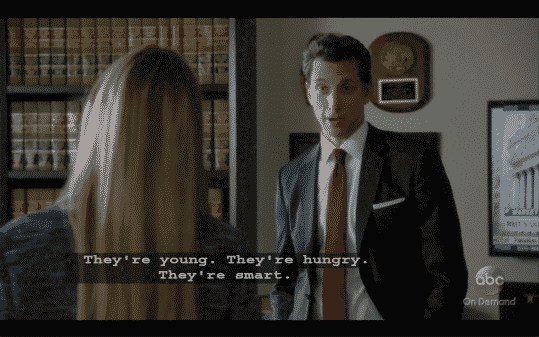 For those who have watched network TV legal dramas within the last couple years, for those used to the formula of Shonda Rhimes, and are basically addicts of television, there isn’t a big sell here. While Sandra and the rest are likable, outside of Kate, you are familiar with their types. Sandra whose sense of justice leads her onto pyrrhic battles, Leonard is the butt head who we learn probably is this way because someone in his life wasn’t given justice and etc, etc. While likable people, the majority aren’t interesting people.

The same goes for their first cases. Insider trading, a con artist, and then a failed terrorist plot. 2 out of 3 aren’t that interesting and outside of Kate boosting Jay, and having a cute moment with Leonard, nothing comes out of that to make you want to stick around in the future. Then, with the terrorist case, while Sandra’s argument was interesting, about how the government manufactured a terrorist and set him up, there was this certain punch missing. Not because she still lost to Leonard, but because you knew she would.

There is something about this show which gives you the impression that while it is new, it will stick with old traditions and tried and true storylines. Making the only real difference between this show and others similar to it is because now we are focusing on mid to late 20 something-year-old adults who are gaining experience right before our eyes.

For The People has an uphill battle before it. Cop dramas, legal dramas, hospital dramas, and pretty much any drama featuring public servants you rarely want to get involved in your life, their stories are drained dry. To the point that even having diverse casts doesn’t necessarily boost them. So while diversity has been seen as what can save many an average, to perhaps mediocre, show and give it a good one or two seasons, you have to ask if we’ve reached the point that the luster of a diversity doesn’t matter anymore. That maybe now we’re back to the old issue of needing new ideas, better ideas, or figuring out how to make old ideas fresh again.

And that is the reason why For The People is being marked mixed. With only one real notable character, lackluster cases to set the tone for the series, and the show already having signs that we in for the drama of 20 something-year-olds, it makes you question why should you continue? What’s the hook here? Also, rather than retool it, as it was done, perhaps ABC would have been better off cutting their losses, even if it meant adding another reason to push Shonda Rhimes towards Netflix.