Wherever I Look
Recaps, Reviews, and So Much More
Home TV Series Euphoria: Season 2/ Episode 1 “Trying to Get to Heaven Before They Close the Door” [Season Premiere] – Recap/ Review (with Spoilers)
TV Series

Euphoria: Season 2/ Episode 1 “Trying to Get to Heaven Before They Close the Door” [Season Premiere] – Recap/ Review (with Spoilers)

Season 2 starts off right with what fans wanted in season 1 – an episode focused on the origins and life of Fezco and Ashtray.

Life For A Shorty Shouldn’t Be So Rough – Grandma Mary, Ashtray, Fezco

At age 10, Mary, Fezco’s grandma, who we’ve thus far have seen bedridden, got her grandson from his abusive, strip club owning father, and raised him. Where was Fezco’s mother? That story is dodged with Mary just noting she had a pure heart. Thus leaving us to think either she is dead or so strung out she is something close to it. 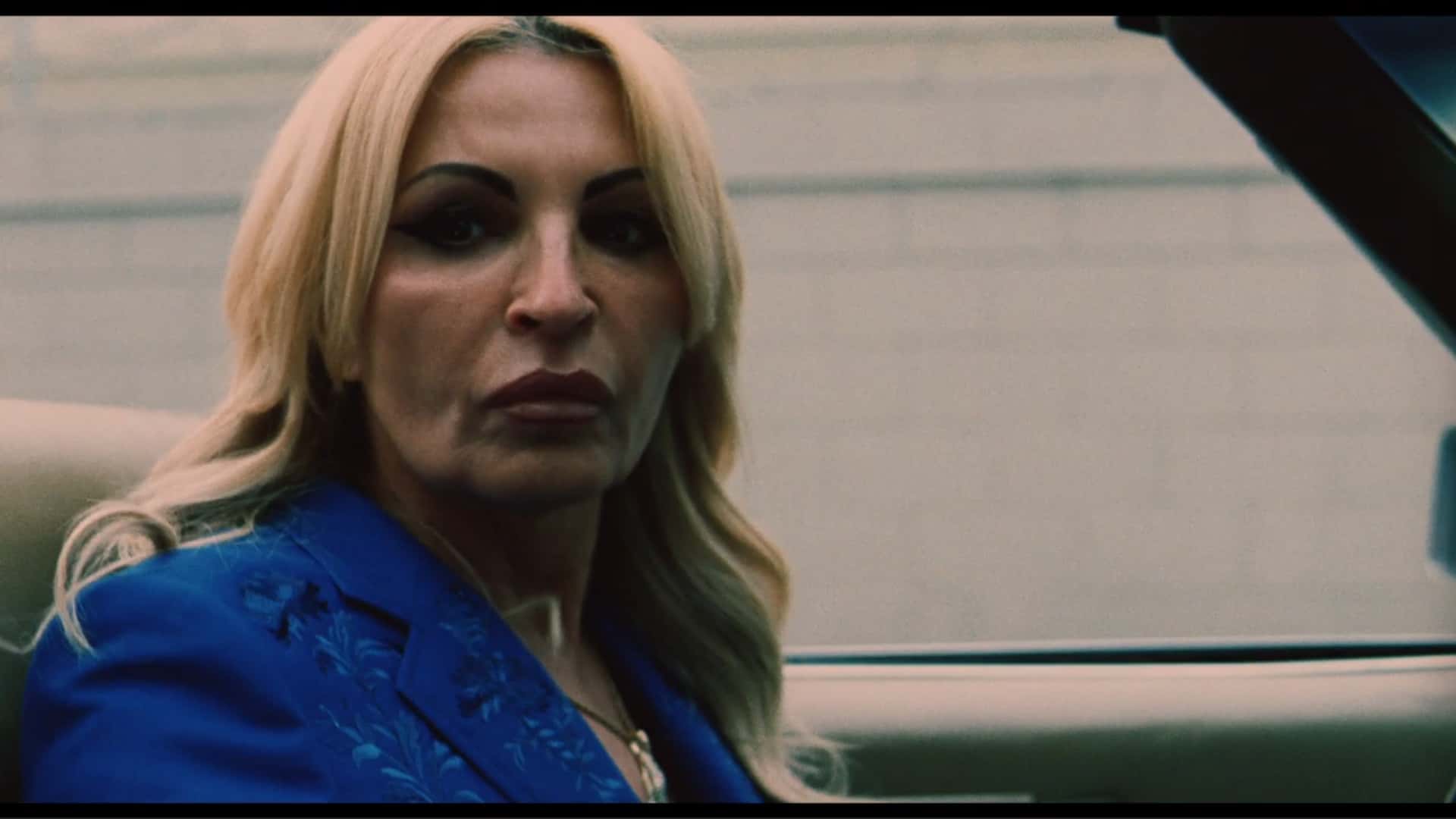 But, despite being an unconventional grandmother, Fezco loved her just the same. She treated him as a partner, maybe even an equal, and he loved her for that. Granted, it did lead to quite a few moments a ten-year-old shouldn’t see but, she taught him the trade, gave him a roof over his head, food, and even a little brother in Ashtray, when Ashtray’s mother left him as collateral for drugs or payment.

Now, as for what happened that led to badass Mary now being bedridden? Unfortunately, we don’t find that out. She goes from not feeling well to us being told every second counts. So we can only assume she had a stroke she never fully recovered from, and for a decade or more, Fezco kept her alive as a thank you for all she did for him and Ashtray.

With Ashtray seemingly killing Mouse with a hammer, now Fezco needs a new supplier, and because Fez has adopted Rue into his family like he has Ashtray, she is brought along to meet a woman named Laurie. This probably wasn’t the best idea, mainly since Rue doesn’t know how to act. When Laurie’s enforcer, Bruce, tells everyone to strip, Rue doesn’t comply and could have escalated things. 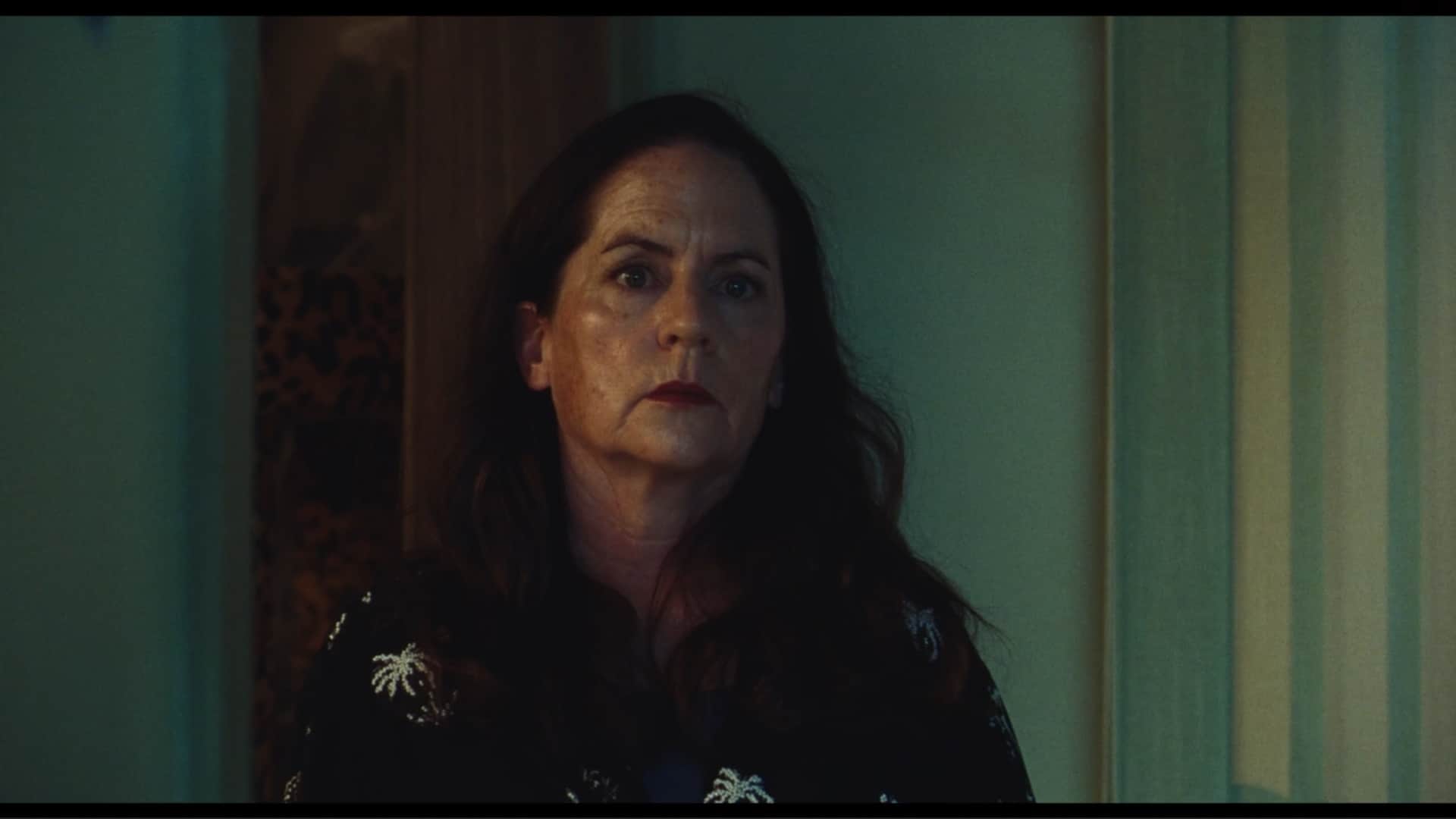 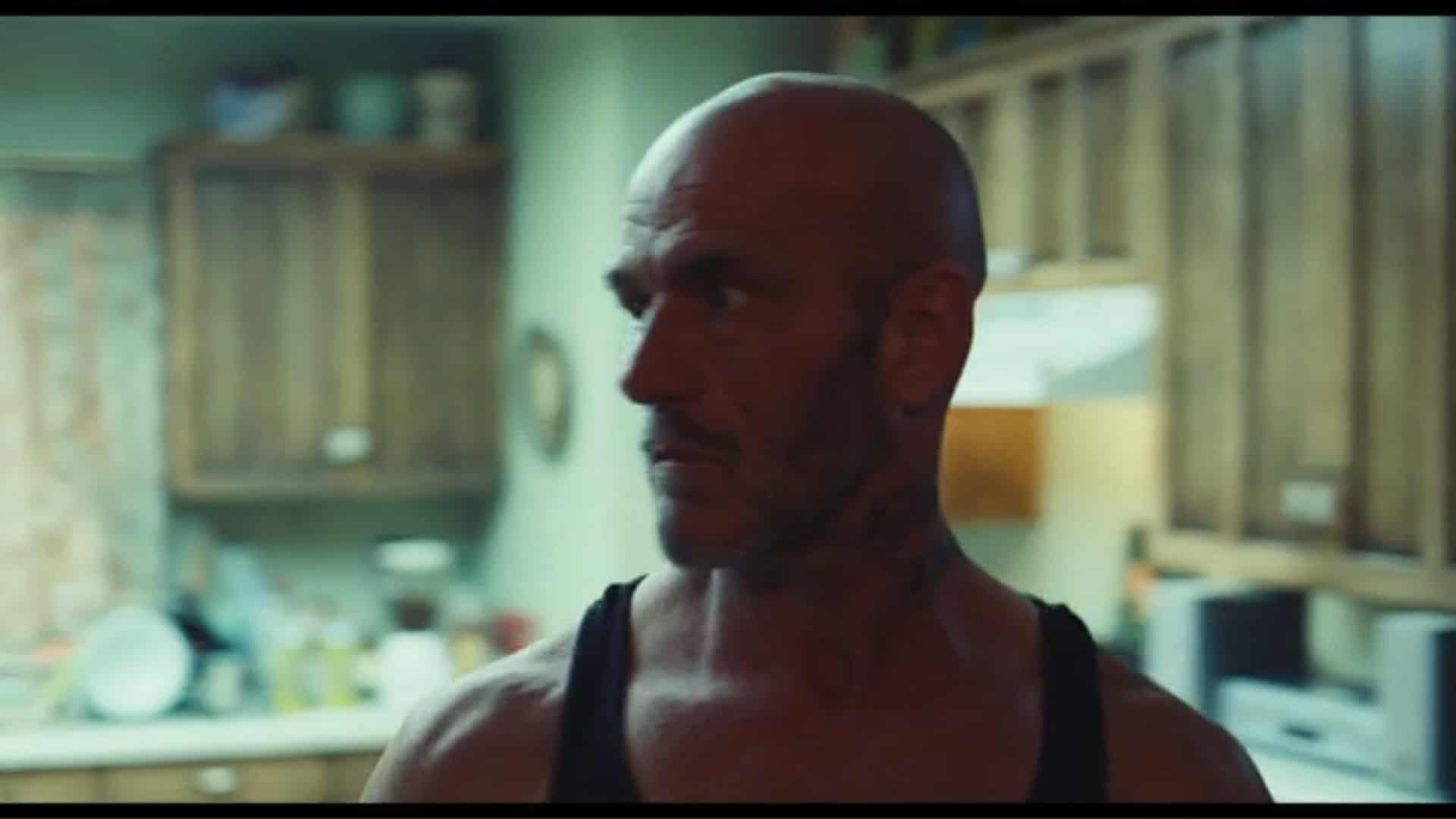 Then, after Laurie sees Fez is cool and strikes a deal, Rue is giddy from the high of a life or death situation. This makes both Ashtray and Fez highly annoyed, but not enough to do too much in the way of yelling or shutting down Rue’s interest in Laurie as a female drug dealer.

Rather than have a huge time jump between the specials released last year and this episode, it is just a matter of days, and everyone comes together on New Year’s Eve at someone’s house. However, a lot of drama and potential storylines are set up to make this more than the opportunity to let off some steam.

For example, Fez and Lexi seem to hit it off, and he even asks for her number, and to say she may not be smitten, even with knowing Fez is a drug dealer, would be an understatement. However, with Fez spotting Nate and remembering what his grandmother told him about violence, whether Lexi will be as enamored after Fez whooped Nate’s ass to the point of hospitalizing him? That’s hard to say.

Though an ass whooping was a long time coming for Nate, and this episode reminds you why. First off, he charms Cassie out of her underwear and has sex with her while she is clearly in a vulnerable state. On top of that, upon seeing McKay, he pokes, prods, and teases him about him and Cassie, McKay that is, going somewhere to talk. In Nate’s drunken mind, they both hooked up with her the same night, which he doesn’t reveal to McKay, but he does keep asking where McKay came, to the point of McKay wondering if he needs to stop seeing this as a joke and as outright disrespect towards his and Cassie’s relationship.

Now, as for how Maddy feels about this? Well, she doesn’t find out. Thanks to a guy named Travis, who is interested in her, Maddy barely misses Cassie hiding in the tub after she and Nate had sex in the bathroom. As for why Maddy was there? It had nothing to do with Nate and everything to do with having to pee. But afterward, she found herself sticking around since Travis wanted to chat her up, offer her weed, and get to know her. Which, at first, she wasn’t down for, but you know the games Nate and her play. 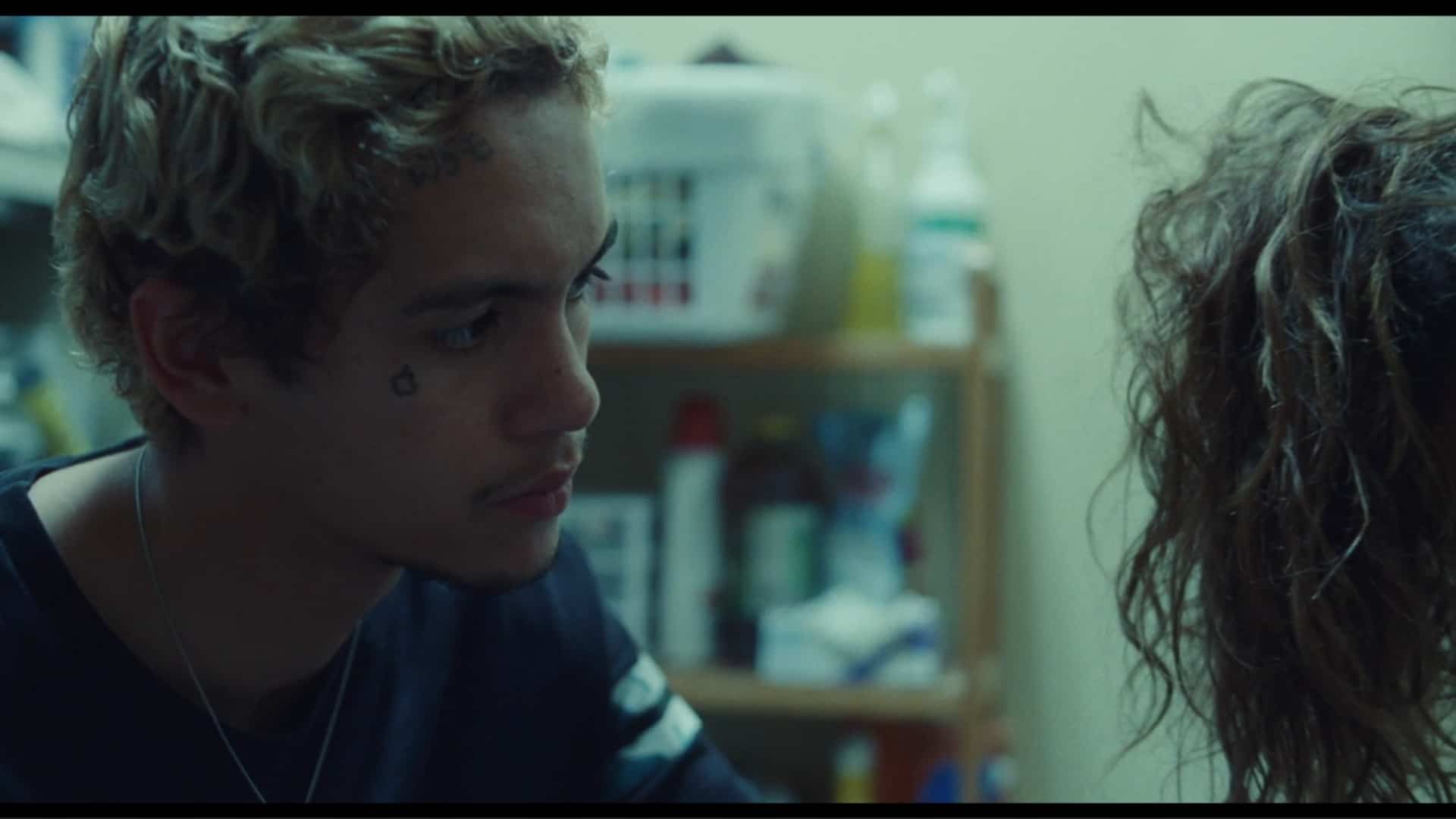 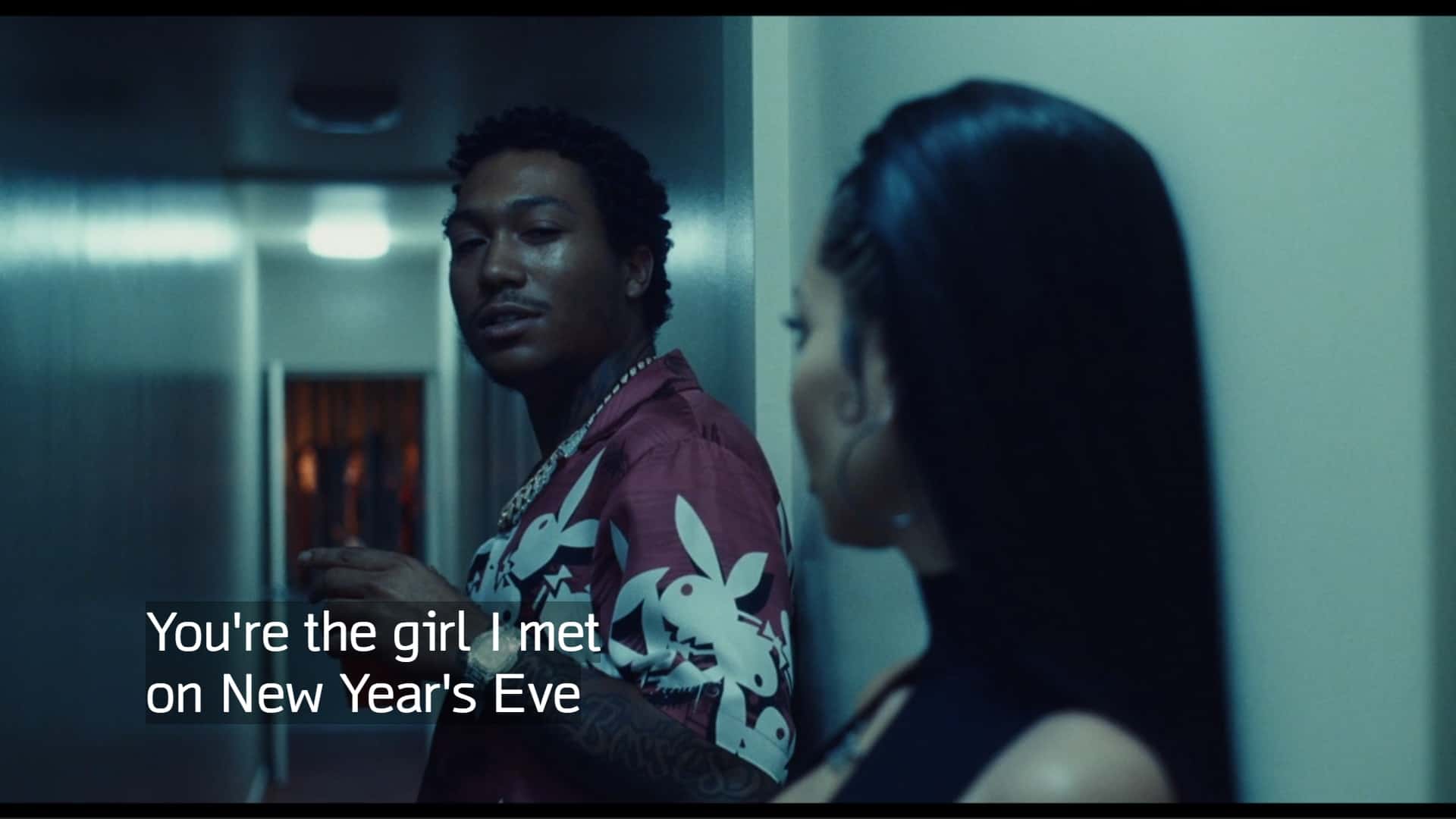 Which leaves Rue – Seeing Jules is triggering, so she decides weed isn’t enough. There was heroin left in the back seat by the girlfriend of one of Fezco’s middlemen, so she shoots up with that, and on her way to the bathroom, she encounters a kid named Elliot who is doing lines. She joins in and nearly goes into cardiac arrest until she has him crush up some Adderall to get her back to where she needs to be.

But, while she made a new friend, she couldn’t let go of Jules. So, the two finally speak, and they end up not only reconciling, but Rue asks Jules out, and seemingly they are not only back together but official.

Jules noting Kat and her boyfriend are digusting

Don’t ever fall in love. It’s the one instinct you can’t trust.
— Grandma Mary

Finally Getting Fezco and Ashtray’s Backstory

While season 1 of Euphoria was a new summit for Zendaya’s career, a slew of the supporting actors got their breakout role through the show. However, while most of them got an episode to really showcase their talent, Fez didn’t get the same, nor Ashtray. Now, do we wish we got a full episode on both Fez and Ashtray, individually? Yes. But combining them makes sense since they are brothers, and while Ashtray likely has some form of life outside Fez, the two often are within earshot of one another.

That aside, I appreciate them showing that Fez may have had a rough upbringing, but it was filled with love. Grandma Mary saved him from his abusive father, and while she didn’t coddle him, she raised him in a home filled with love, some violence, a lot of drugs, but let’s not pretend his dad wouldn’t have exposed him to the same. The only difference is, instead of managing sex workers, Mary set him on the path to dealing drugs.

Nonetheless, by knowing Fez and Ashtray’s past, we can understand their future, and while their future has a few dark spots, it is looking bright.

Bonus: Getting To Know The Woman In The Bedroom

Can we just add-in, Fez’s grandma getting some backstory was nice too? Her being a woman, pretty much comatose, in a room where Fez barely entered led to many questions. And granted, there still are questions regarding how Mary got into the drug game, met Fez’s grandfather, and all that. But with her properly introduced, there is the chance that, like a lot of the characters who didn’t get their time in the sun in season 1, she could in season 2. So maybe Fez’s backstory could get a continuation focused on Mary, which could clue us into what happened to Fez’s mother.

I appreciate characters who seem intense to recognize the stress of a situation than to seem badass or intimidating. To me, Bruce’s intensity was about protecting Laurie, whose relation to him is unknown at this time, but could be his wife, sister, mother, mentor, who knows? But, I do have to say, I wouldn’t mind seeing more of Bruce and his crew. Something about them seems different, even if their appearance gives you your usual “Why dress up for a bunch of addicts” aesthetic.

Fezco and Lexi As An Item 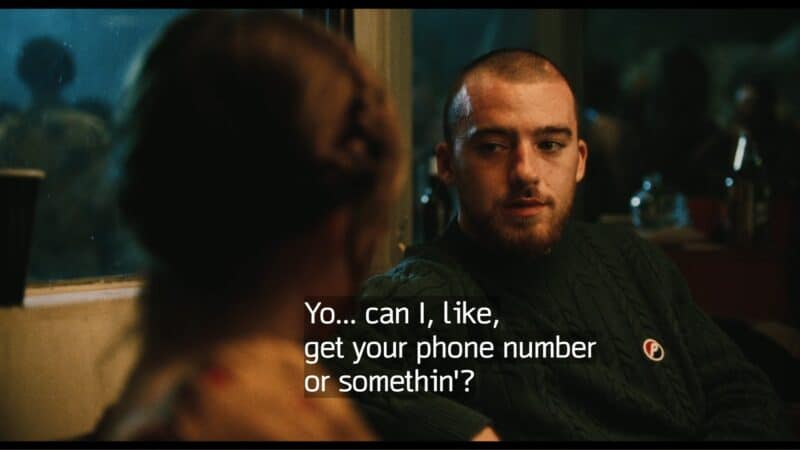 When it comes to couples on this show, almost all of them are trash. Kat and Ethan might be the only exception, but let’s not pretend their relationship didn’t begin with quite a bit of issues due to Kat’s insecurities. With Fezco and Lexi, things could be different. Granted, her seeing him beat the hell out of Nate may not be the best first impression, alongside him being a well-known drug dealer.

However, similar to how Jules brings out Rue’s softer side and the side of her that wants to do and be better, maybe Lexi could do the same. Now, of course, there is the need to question what trouble Fez may bring to Lexi’s life? But let’s instead hope their relationship leads to seeing more of Lexi, seeing how Fezco is in a romantic relationship, and getting one couple who doesn’t seem as toxic as the rest.

He had it coming.

Rue and Jules Back Together

After the two specials we got from last year, I can’t say I’m a fan. Both need to be separate, build themselves as individuals, and they can’t do that together. As made clear previously, Rue will switch her addiction to drugs to an obsession with Jules, and that’s too heavy of a weight for one person. The idea that someone’s sobriety, them becoming a better person, all of that is based on your mood and how you treat them? Even a dull person would be overwhelmed.

So with Jules, who we last saw in therapy wrestling with how they see themselves, imagine dealing with a mental, emotional, and physical shift in your life and then having an addict who has no desire to get and stay clean? The relationship is so toxic and potentially volatile that it really pushes the idea that probably none of the characters are ready for a relationship, but the two people least ready are Jules and Rue. Euphoria: Season 2/ Episode 1 “Trying to Get to Heaven Before They Close the Door” [Season Premiere] – Recap/ Review (with Spoilers)
Overall
With Fezco, Ashtray, and Grandma Mary taking center stage, it’s like the writers and showrunner started things off by making sure the people got what they want while setting up situations to give them what they need. Which, ultimately, is a group of messy teenagers struggling with various things and often avoiding the core problem by seeking distractions.
Highlights
Fez F***ing Up Nate
Fezco and Lexi As An Item
Bruce's Intensity
Bonus: Getting To Know The Woman In The Bedroom
Finally Getting Fezco and Ashtray's Backstory
Disputable
Rue and Jules Back Together
82