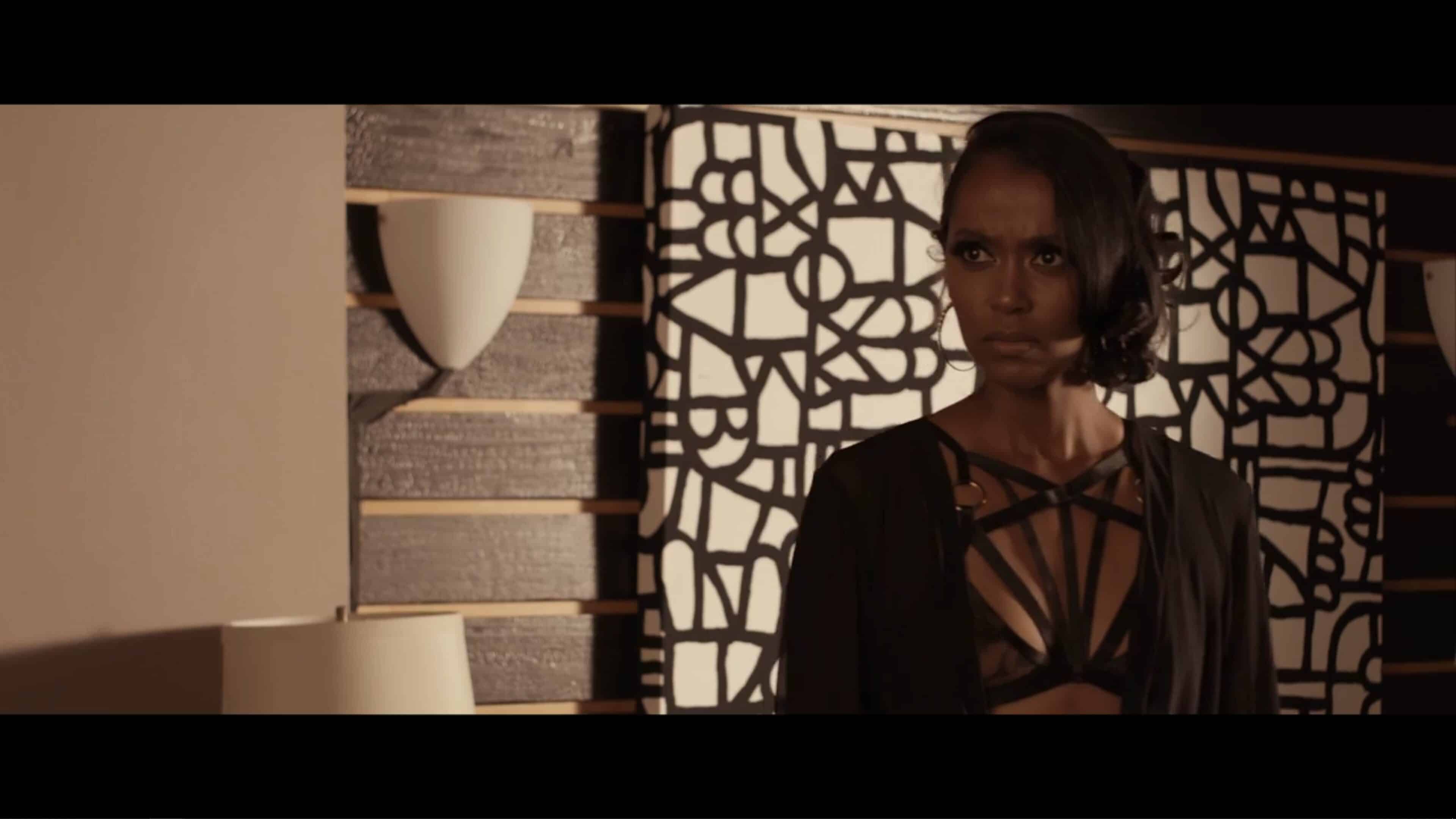 Everyone is starting to make aggressive moves as we come upon the season 2 finale of Double Cross, and Detective Ryan may find himself doing more harm than good.

When There Is No Love Or Obedience – Jai, Robin, Detective Ryan, Imani, Eric, Erica

Robin, despite knowing Detective Ryan is married, and having sex with him twice, has officially caught feelings, and with that, Detective Ryan is done. It’s too much, too soon, and he wants no parts of her now. So, she shows up at his wife’s job in some crazy looking eye makeup, and this sets off red flags.

But, she isn’t alone in setting off red flags. While Eric and Erica talk about their next move and how to get the kids out the school, Robin’s friend Jai shows up. Now, Imani sent Jai to kill the twins, but Jai is more loyal and obedient to Robin so, she just gives them a warning and notes, the twins need to kill Imani if they don’t want a permanent target on their back.

So, how will they get into the school, potentially kill one of its prominent leaders, and save the kids? Brian. Eric has promised to cut Brian up if he doesn’t help him and Erica, especially after blackmailing his sister into having sex (we call it rape). And as for why Brian did all this? Well, it isn’t the love and obedience brainwashing the girls go through, but because Brian’s mom is still in the school – she was the woman in the cell next to the twins! 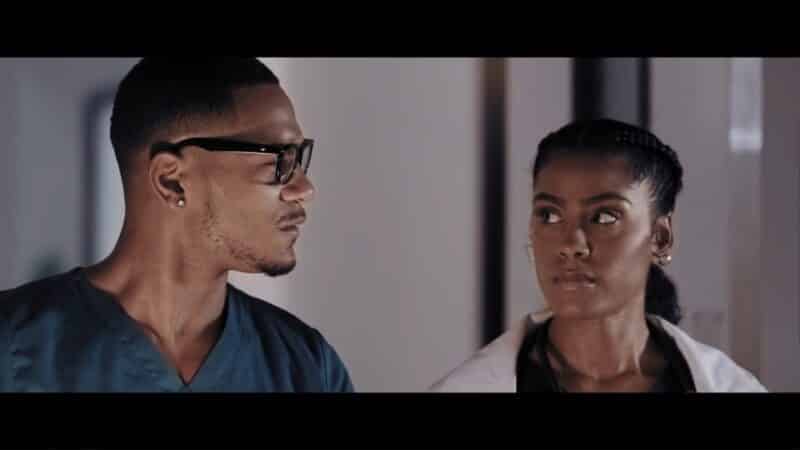 Long story short, Brian and his mom went to a football game, and when they were leaving, Brian got snatched. However, his mom wasn’t having that, so she chased the van down and drew so much attention they took his mom too. Thus, they controlled Brian by threatening his mom ever since.

While Eric made no promise to get Brian’s mother out, considering she was cool, he might consider it. However, problems arise as Detective Lopez returns from medical leave with an image in her head of who was at the shooting – and the sketch artist drawing Robin.

With that, Detective Ryan is on a blitz, especially after Tanya reveals Robin showed up at her job, and Robin reveals her last name is Cross. That sets Detective Ryan off and leads to him arresting Eric the night he was supposed to rescue the girls. So, even with Michelle there at the time of the arrest, it seems those girls may get moved to a new location before they may get saved. Well, depending on Erica. It seems she may go solo, with Brian unlocking tunnel access, to save the girls. But with one gun against at least two dozen? Can Erica really take on a small army? Never mind, with Mandy trying to pull moves on Dr. Cintron, will there be more than just Imani’s people who may catch a bullet?

Erica Trying To Rescue The Kids Alone – With Brian

You got to give it to Erica, she got heart. She could have easily abandoned the plan and not risked her life, but instead, she is going to trust Brian, which isn’t the smartest idea, to save those girls.

Granted, I’m not sure how, since it isn’t like Brian gave them a map and details are rather sparse. Never mind where those girls will go, since who knows if the girls are strictly local? Mother could have had a bigger network than we are currently aware of. But, nonetheless, go Erica for trying to be a hero. Here is hoping she survives without multiple stab or bullet wounds.

Eric’s Love For Robin, Despite All She Has Done

While Eric may not have grown up with love and obedience drilled into his head, it does appear love and loyalty, despite past transgressions, he lives and dies by. Because, at this point, it seems having Robin not act against him and Erica, that is going to take years, and getting Robin into therapy will be necessary. Yet, despite knowing she is a kidnapper and really complicated his and Erica’s life, when Detective Ryan gets aggressive about taking down Robin, he bucks up just like he would for Erica.

Which does make him seem like an enabler, considering he helped Erica destroy a dead body, but what are big brothers for?

How Trifling Mandy Is

Is it wrong a part of me wants to see Mandy succeed? Not to reward her for being trifling, but just due to all the drama Cintron would get dragged into if Erica ever let him in. Plus, considering all Erica has gotten away with and will continue to get away with, losing Cintron would balance things out. Plus, her back and forths with Mandy may not reach Brian levels, but they are quite entertaining.

The Setup For The Finale

So let’s line this out: Imani is about to move the girls somewhere the twins don’t know about, nor Brian, to get the operation going. Robin is on the run, with an APB on her, and she just killed who Imani sent to murder the twins. Detective Ryan has arrested Eric due to his connection with Robin, and Erica is going to be a one-woman militia in a last-ditch effort to save the kids Robin and Imani kidnapped – with Brian helping. Right now, there is so much that could go wrong, so it makes you wonder what will go right? Because last season ended with a bloodbath and major shock, in the reveal of Robin being alive and Candice dying. So, can Double Cross outdo itself?

In the finale next week, we’ll learn the fate of everyone but let me just say, Robin better survive. Yes, she is unhinged in ways that make you raise an eyebrow, but as seen with her fling with Detective Ryan, there may still be a chance for her – after prison. It’s just she needs her abandonment issues handled and to see a therapist. And while I know Double Cross isn’t really that kind of show, considering Robin questions her upbringing and has an uneasy relationship with reality, imagine seeing someone like her get help.

I bet it would likely end in her killing her therapist for touching a nerve, thus furthering her jail sentence, but her being stuck in one place, in a cell, could allow Judi Johnson, who plays Robin, to clue us into notable moments of Robin’s childhood. Thus giving her the chance to show a different side to Robin, beyond the intense looks and equally intense makeup.

Erica Trying To Rescue The Kids Alone – With Brian - 82%

In the penultimate episode of the season, nearly everything that could go wrong for the Cross Twins, maybe family as a whole, happens. Leaving you to wonder, if season 2 ends like season 1, who is going to die and what will the major shock be?