This might be the episode that helps you move on from the past and accept the new versions of your favorite characters – thanks to Shella.

So what does Shella do when not around JG? Well, she is the Ville’s new landlord, and she does some cam girl work as well. However, mainly, she is the matriarch of the Ville, despite her age. She makes sure kids go to school with something to eat, checks in on people, like Mx. Elijah, and even beautifies the area by keeping up the garden Mx. Elijah started. Heck, to make some extra money, be it for herself or the community, she even handles people, likely not from the Ville, parking in a local lot.

It has been almost 15 years since David as step foot in or around The Ville, and because of that, his appearance is a shock. However, him bringing surveyors and other people is the real surprise. But it isn’t until Marissa shows up and spills all of David’s business does Shella learn that David is part of a redevelopment company looking to tear down The Ville and displace its inhabitants. Now, because Marissa is worried about the water table, amongst other environmental issues, Shella thought Marissa could be an ally in stopping all this from happening. But with catching Marissa and David having sex in the laundry room? Yeah, she realizes, after a community meeting, there is only one significant ally she can make in this: Gloria.

Are things spiraling out of control for David? Yes and no. David might have underestimated how much of a problem Shella could become and how much he might still care about The Ville, Mx. Elijah, and the good memories that exist within that structure. Though, what he might have also underestimated is his mother getting involved with her asking questions. One, which you and I both probably wonder about, being what does David having sex with Marissa mean for Nicole?

Her aside, while David may have people issues, he can already envision the condos, and as shown by how he treated the surveyors, David can be an ass**** if he wants to and that stuttering boy many know? That can easily become a persona and not the heart of the man. And while JG likes to act like he is more down for the Ville than David, after getting shot there? Well, he no longer feels like The Ville’s unofficial mayor, and with Shella partly holding JG responsible for getting shot and having sympathy for the kid? It seems JG may have one less person to visit if and when he comes around.

Shella is going to be what saves David Makes Man in its second season. Her role as a building manager who is loving, sarcastic, confident, and ready to battle even the likes of the highly educated David? It makes her not only a formidable foe for him but also the type of character you don’t grow to love but instantly do so. Especially since you don’t see a lot of women like Shella being front and center, so even the rarity of seeing a woman like her is a hook for season 2.

I’d even say that she is probably the top new addition to the show of the new characters or actors playing familiar characters.

Love triangles and people cheating are not our thing. In fact, considering how cool Nicole has been, it makes me want to take her side and hope David gets exposed further than he has for messing with that woman’s emotions. But, what can we expect from a man with arrested development due to trauma he refuses to properly address and probably, in his adult years, uses sex and relationships more so as a distraction than a way to grow as a person? If not, provide the kind of stability he lacked in his early years?

JG’s Feelings About The Boy Who Shot Him There is a delicate balancing act going on regarding JG being a cop, but not forgetting where he came from. On the one hand, he clearly loves his community, and considering David abandoned the Ville for 15 years, JG coming by and checking on Mx. Elijah and seeing Shella says a lot. Yet, with being shot and him not writing off the reasons behind why he was harmed, it’s clear that while he has love for certain people in his old hood, he doesn’t love the place they live.

Which does push you to wonder, as the lines are drawn over keeping the Ville standing or tearing it down, where will he end up? 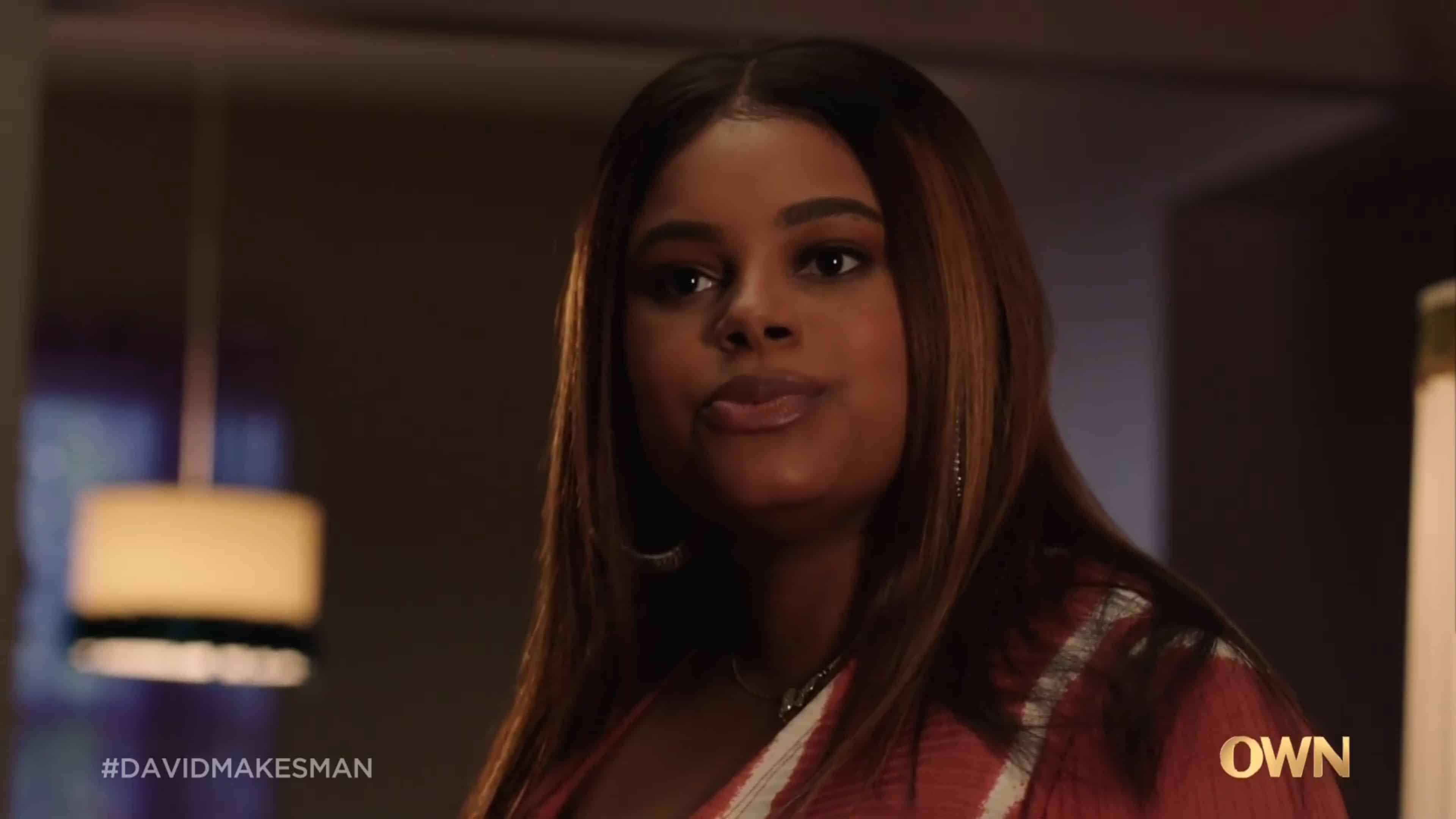 David Makes Man: Season 2/ Episode 4 – Recap/ Review (with Spoilers)
Trajectory: Climbing
With Shella being built into a strong and notable character, she might be the crutch that makes season 2 worth watching. For with David's career and personal drama of little interest and JG reliant on Shella to boost his position, it seems clear the success of season 2 all rests on Zsane Jhe.
Highlights
Shella
Disputable
JG's Feelings About The Boy Who Shot Him
Poor Nicole
79
You Might Be Interested In