Just as Desna finally gets the opportunity to move on up, getting greedy costs her some progress.

With Polly having a knack for ushering people into death, Baron Axel invests in her and gets an RV to allow her to keep up this practice. Unfortunately for them, the RV is hijacked after her first-person, but no sooner than that happening, we see Baron Axel and Polly take back the vehicle, and Barol Axel possibly murders someone. All of this brings him even closer to Polly and leads to a proposal.

So, awkward moment, Ken finds out his girlfriend is the daughter of one of his proteges before his fall from grace. On top of that, Versace discovered Selena, and now she is in New York modeling. Leaving Ken forced into a long-distance relationship and a very weird situation.

But, it’s Claws, who isn’t in a weird situation? Take Clay having a heart attack, leading to visions of Wanda, who pushes him to snatch Ann’s baby. If not, Ann paying a 12-year-old and giving her and her partner’s underwear to wipe out her criminal record.

However, things get surprisingly normal, at least for Claws, when it comes to everything else. Desna gets a new salon, and no sooner than she finds herself reaching a new level, one of her girls, Jenn this time, ruins things. How? Well, Jenn tries to choke Mrs. Choi, which leads to Desna having to worry about Jenn getting charged or the business getting sued – meaning Jenn losing her kids and Desna getting audited. 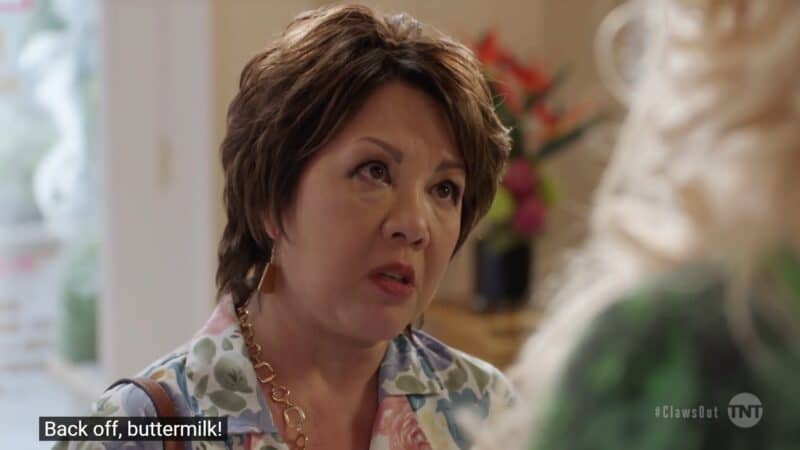 Now, how is this situation supposed to be rectified? Well, Mrs. Choi proposed $10,000 a month. Desna countered with killing Mrs. Choi’s favorite nephew and saying she could be next, and then she coerces Mrs. Choi to reveal her cruise line contact in order to try to undo Clay and Ann’s deal to sell drugs to cruise ships.

Everything Can Be So Easily Snatched Away – Desna, Clay

Which Desna ends up doing, and due to that, Clay decides to retaliate by having Desna’s Claws Up workers assaulted, thus ending that stream of income and crippling her business.

It’s unlikely the show will kill Desna, and also, it is unlikely any of the lead cast will die either. They avoided doing that with Virginia and haven’t teased the idea all that much. But, with Desna killing people increasingly and Clay getting violent with Desna’s girls, you can see a sense of escalation. You can see, beyond Ken, people stepping up and flexing their muscles and using them too.

Now, will this “War” between Desna and Clay actually lead to casualties that are notable? It’s hard to say. We are in the final season, so it isn’t like the writers are obligated to keep anyone alive. Add on no talk of spin-offs, and that technically makes anyone fair game. But while we do appreciate things getting a bit more violent, I wouldn’t say the ante has truly been upped yet. So let’s just hope the violence isn’t meant to compensate for still feeling like we’re in a pattern with Claws.

Whether it is Polly and the Baron, Selena and Ken, Dean and Eve, Desna and Tony, or Jenn and Bryce, I wouldn’t say any relationship, romantic that is, adds to the show. And yes, I know Ann is in one too, but her partner remains unremarkable in terms of her character development. With the rest? They seem like romances to just give everyone somebody.

When it comes to Polly and the Baron, the purpose there almost feels like to give Polly an out so, if the show does kill off Desna, we know what Polly would do next. But with this the weakest of her grifting storylines we’ve seen on this show, it’s sometimes tiresome to watch. Then when it comes to Selena and Ken, with Ken being such a minor part of this season, we don’t get to see him and Selena. So what interest are we supposed to have in a couple who now are going to be long-distance?

Then with Desna and Tony and Dean and Eve, things are just too dry. Desna and Tony, well, Tony is just this season’s boo thang, and while there is some interest in him being her potential downfall, that’s about it. As for Dean and Eve? I like seeing Dean in love and loving an older woman at that, but this seems more about getting a big-name actor than creating a notable character.

And I could go on with Jenn and Bryce but, we’ve seen their marriage go through more downs than ups, and Jenn’s pill-popping, Bryce becoming an underground street fighter, and the threat of losing their kids? It just doesn’t have any sort of punch anymore. Everything feels old, rehashed, and even with new factors like Selena being trans, it doesn’t significantly change things. Mainly since the show seems comfortable in giving us more of the same in nearly every facet. 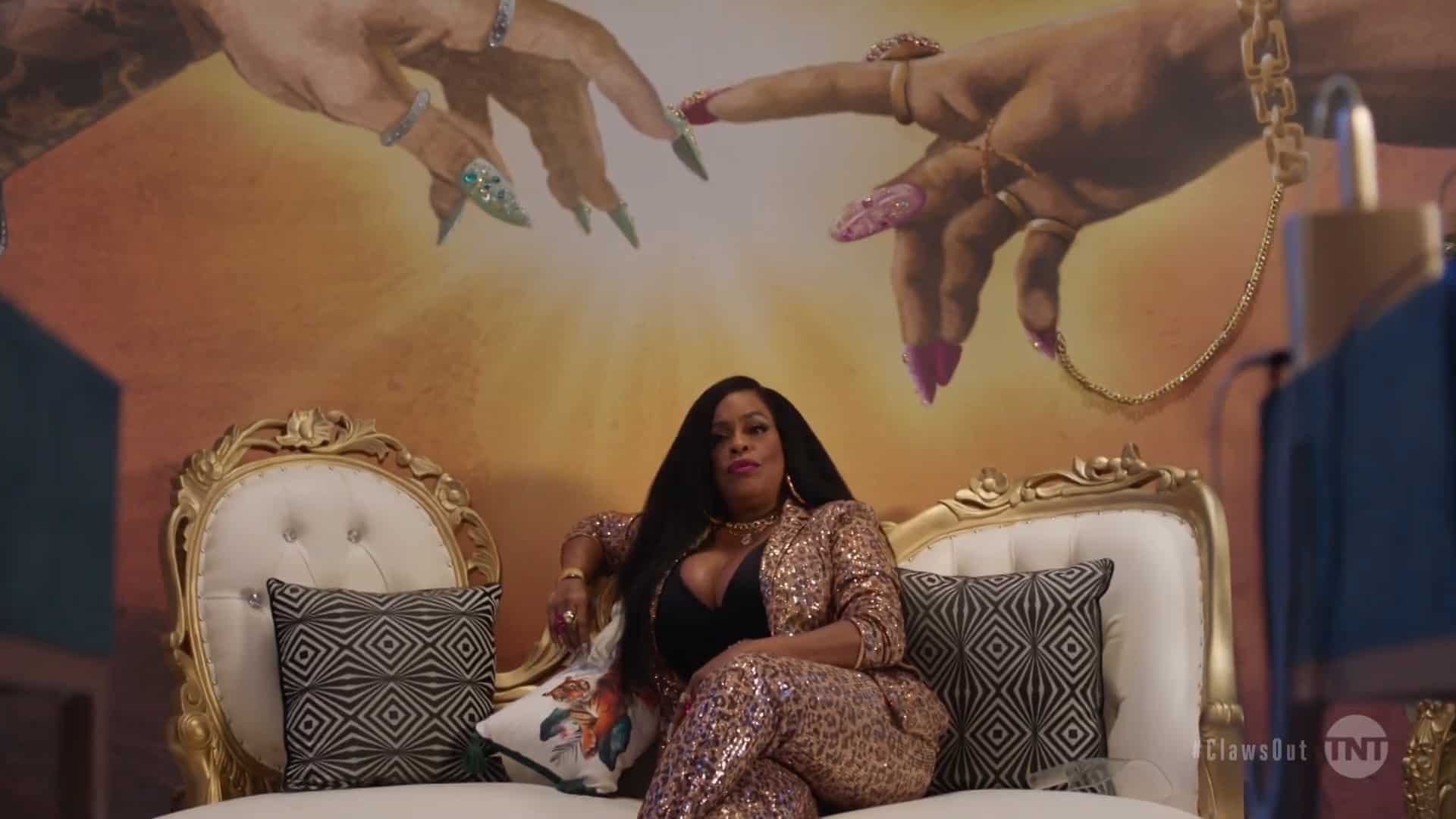 Claws: Season 4/ Episode 6 “Chapter Six: Greed” – Recap/ Review (with Spoilers)
Overall
With Claws continuing to use violence to compensate for rehashing old stories, it still struggles to make this feel like the last season and that it'll end with a bang.
Highlights
Things Starting To Escalate Nicely
Disputable
The Relationships
77