Quiet Ann finds herself blowing up Mac, Melba, and Desna’s spot and with that, it is determined someone has to die – and someone does.

Trying To Get Dean Back: Desna, Roller, Dean

Desna is willing and able to pull out every rabbit and trick, even the truth, to get Dean back from Mac and Melba. She tells him about the kidnappings, something they say they will do later on, and so much more. She even brings Roller into it by getting Dean back into dancing. However, Mahjong, and the tournament, are so ingrained into his routine and mind he can’t give it up.

Toby is having a huge issue with Brenda. Unlike with Juanita, there is no thrupple situation, Toby doesn’t feel chosen, and he doesn’t see Brenda as a queen. He looks down on her. So Clay trying to calm things isn’t going to work. Toby is talking ultimatums and considering her attempted to kill once, don’t think he won’t kill again. But he isn’t the only one with relationship issues. EJ goes on a date with Virginia, and clearly his thoughts are squared in more on Jenn than Virginia – despite his pursuit thus far. Hence why he just so happened to choose a restaurant Jenn’s husband was doing a book signing at. One which he learns ends up being for white nationalist, and you KNOW Jenn wasn’t down for the crowd when she learned that. Leading to fights happening and EJ more worried about Jenn’s safety than twiggy Virginia. So, needless to say, they aren’t going to last.

However, in terms of Joe and Polly? Well, bets are still ongoing. For Polly does seem to love that man and that she can be her full-on eccentric self around him. Problem is, Desna doesn’t support the relationship which creates a similar situation to what Quiet Ann dealt with. Not to the point of ultimatums, since an inside person would be useful, but Polly definitely gets the third degree.

Though, and maybe this is a testament to Polly and Desna’s relationship, Desna is reflective during their back and forth – without Polly coming for her. Showing that Polly has a special place in Desna’s heart that Ann seemingly has not found. Thus allowing Polly to try to not only give Desna a spy but allow her to still be with her man. A man who isn’t fond of being replaced by Dean and while he isn’t at the point of killing him, he may very well be willing to do something to reassert himself in Mac and Melba’s eyes.

With no one paying any mind to Dr. Ken, rather than kill him off he gets a new job – he’s dealing drugs. As you know, with Clay going straight, it means less money, and while that means less stressful situations for Dr. Ken, it means his lifestyle isn’t what it used to be. So, on the recommendation of Toby, he decides to go rogue.

Something Henry, Ann’s brother, does when debating Governor Patel. For with Governor Patel outing Henry comes Henry revealing Patel taking bribes and naming Mac and Melba’s casino in the process. Information Ann leaked so, of course, she seems like a dead woman, Desna is freaking out and so is Ann. After all, Mac and Melba aren’t doing things on the up and up when it comes to the San Ho Hui triad so having their business televised? That is a death sentence.

One Arlene tries to circumvent, but that leads to her getting her throat slit. Making her the first notable death of a regular since Juanita.

This show needs something to shake it up. As noted previously, it has hit a bit of a rut. Between repeating itself, as seen with Desna and Dean, now Desna and Polly, there is a sense all this show can do at this point is escalate the situation surrounding familiar plots. So with Arlene being killed, it wakes you up a bit. For no one on Desna’s side has died – ever. Juanita died, but she wasn’t an ally of Desna and, at this point, she is part of the rogue gallery of villains beloved but a bit forgotten.

Making The Professor’s introduction sudden, but effective. Granted, it is similar to Zlata’s introduction when she killed Riva, sudden and bloody, but let’s just hope that’s a coincidence.

I say this recognizing getting killed off means not having a job but, Dr. Ken needs to be killed off. I don’t know if what is keeping him around is a contract or what but, he is so disconnected from the rest of the show it is like he has a short going on within the Claws universe. Polly doesn’t interact with him, Clay barely does, I can’t remember the last time Desna, or her girls, sans Polly, even had a conversation with him last. So while giving him the proper send-off might be hard at this point, it would be greatly appreciated. 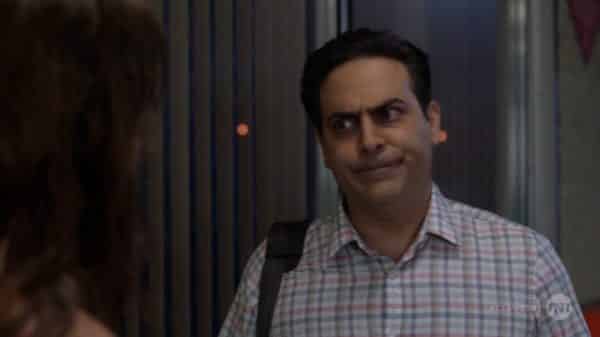