Wherever I Look
Recaps, Reviews, and So Much More
Home TV Series Claws: Season 3, Episode 3 “Welcome To The Pleasuredome” – Recap, Review (with Spoilers)
TV Series

Just as Desna thinks she got Melba and Mac in check, they remind her all that ambition won’t make up for lack of experience.

While Jennifer would love to fight for sole custody, it is made clear between EJ’s record, Bryce’s, and Jennifer’s, at best they would get joint custody. Though, all things considered, if a judge heard all these backgrounds, they might get CPS involved. But that’s just my opinion.

Personal thoughts aside, while Jen is pretty upset she can’t shut EJ out, Bryce seems to want peace. This shocks Jen since she thought he, like her, would fear being replaced, but that isn’t the case. In his mind, taking note of when he and Jen were going to split, he remembers the fear of Brienne maybe leaving his life, so he has sympathy for EJ.

Leading to Jen approaching Brienne about the idea and while hesitant, when she sees EJ and warms up to him, she smiles. Making it seem EJ might just be a decent person. At least when it comes to Brienne.

Uncle Daddy, Bryce, and Toby are struggling with trying to have an actual rehab. Making it seem they are truly wasting their time. However, then Jen’s mom, Brenda, shows up and it seems like they may have their first real client. One Bryce doesn’t really want to interact with, but Uncle Daddy pushes him to. 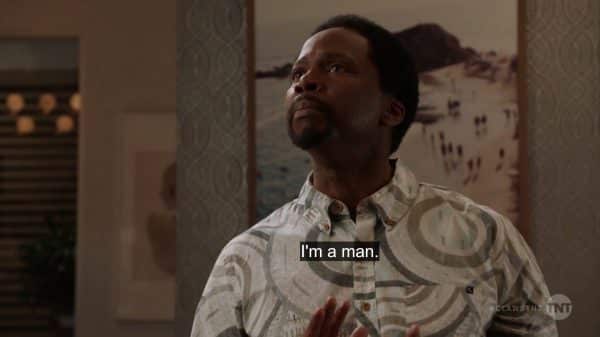 Speaking of push, thanks to Desna still trying to maintain a tight grip over Dean’s life, he decides to push her out of his. Not in terms of disowning her or anything like that, but pushing back on her attempting to control his life and using her money to try to use Virginia to double team him. Which is growing increasingly hard for him, so he puts some bass in his voice when he is ready to leave, and Virginia isn’t moving quick enough.

But, while Desna may have drama with her brother, things aren’t looking so bad with Roller. For one, he is being consistent in courting Desna, which she likes. He even asks Polly, strangely, for some fashion tips and starts wearing nice suits and looking like a grown man instead of a kid who hangs around a 7/11.

However, all that work appears for naught when it comes to Desna since Roller doesn’t show for their date. But, unbeknownst to her, the reason he didn’t show is because Mac and Melba had him kidnapped. You see, partly thanks to Polly, Desna is able to get deeper and deeper into Mac and Melba’s business and with her making demands, throwing her weight around, and being disrespectful, they aren’t taking this laying down. So, since a dead body in their shop didn’t mean anything, they have to get personal.

I want to like EJ, I really do, since he is a Black dude fighting to spend time with his child. However, the way he was looking at Virginia, and considering the situations she put herself in this episode, it got me side-eyeing him. Especially since Dean has pent up anger and the last thing I want is for him to direct that at someone who could get him killed or in prison. 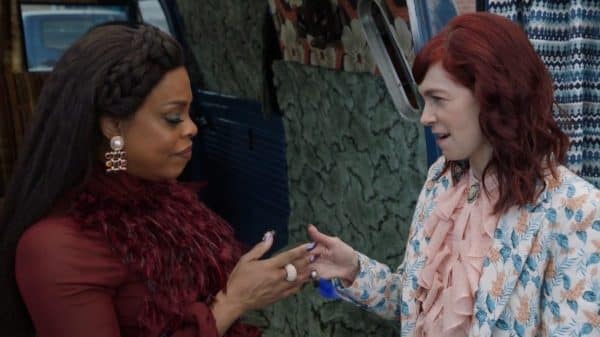 This is Polly’s season to shine apparently. From letting her embrace her crazy, to this thing with Joe, she is comic gold. Yet, while often a comedic character, they are also addressing a realer side to Polly. Be it her recognition she is in no shape to be in a relationship, or reminding us that, even if she doesn’t have a fancy degree like Ann, this doesn’t mean she isn’t a huge asset. Her being co-GM at the casino isn’t just to be a spy but because she is capable of doing the job. Much less, she can handle rough and stressful situations.

Take note of the dead body, who has a coroner ready to handle it and talked Desna down from a panic attack? Polly. So while Jen may get best friend credit, Polly surely deserves to be seen as Desna’s right hand – One that will smack a b****.

Roller Stepping Up & Then Getting Kidnapped

What this season’s villain needs is something which makes them less campy and more formidable. So, what better thing to do than mess with Desna’s heart since playing with her money, and dropping a dead body, aren’t doing much. But, with it being just as Roller was stepping it up, it also gets you a bit mad as well. For him not being a ho, or a f*** boy, has taken a long time, and Desna deserves love and happiness. Especially after that Ruval nonsense.

Dean Stepping Up & Out

It isn’t like Dean is just not pushing back when it comes to Desna trying to control, or heavily influence, Dean’s life. It’s just now he is putting some oomph into it. Especially since it is starting to appear Virginia is under Desna’s influence. Which, for Dean, is likely a problem when it comes to Virginia. For now he might be wondering if she likes, or loves, him or is she Desna’s pawn? If not someone more so in love with the life Desna will provide Dean than Dean himself? An issue I’m sure is going to be addressed soon as Virginia wasn’t happy about heading back to that motel.

Jennifer Letting Brienne Spend Time With His Daughter, And Bryce Encouraging It 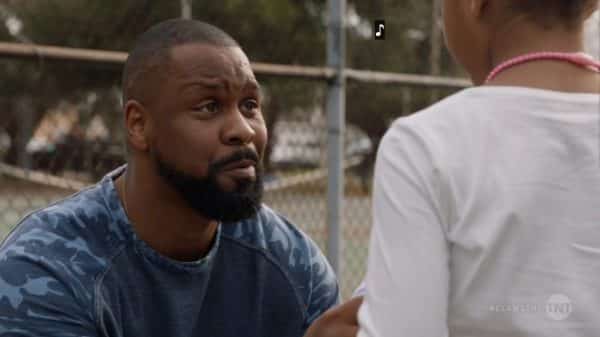 While Jen’s fears are understandable, I loved that she put Brienne’s needs before her insecurities. Especially since EJ seems like an okay guy. Yeah, what he may have in mind with Virginia seems a bit suspect, but it isn’t like Virginia wasn’t a bit out of pocket this episode. So maybe he might stir some trouble, but not too much.

All things considered, you’d think meeting a government official on this show would be a big thing and yet it wasn’t. He was easy to access, a dummy who was easily tricked, and it made for another reason to find Mac and Melba a bit lackluster as villains.

Though they aren’t the only ones disappointing a bit. Uncle Daddy’s storyline is a bit of a drag, and this Brenda thing doesn’t seem like it’ll help much.

After all the drama of Ruval, Zlata, and Ruval’s mom, getting Mac and Melba seems like a step-down – villain-wise. Neither really have the panache you’d want in a Claws villain and even with them killing, assaulting and kidnapping people, there is no fear. Maybe it is because you know they likely won’t last past this season? Perhaps it is because they seem a bit too camp and corny to take serious? Either way, here is hoping the professor brings more to the table than these two.

#ClawsTNT #ClawsUp You support the idea of Polly and Joe?

Roller Stepping Up & Then Getting Kidnapped - 80%

Jennifer Letting Brienne Spend Time With His Daughter, And Bryce Encouraging It - 84%