Desna comes to a crossroad in which her loyalties will lay and Zlata does something which makes the decision go from difficult to easy.

Bryce makes it official and serves Jennifer papers. Making it very clear, as many have said, between him becoming someone new and her cheating, there have come to a point of no return. Despite how much Jennifer may cry, plead, and drink.

But she isn’t the only one who has a desperate need for a breakdown. Polly, who so desperately wants Marnie to fill the void her twin left her, keeps trying to push her to become similar to her. Even to the point of talking about asking her to dye her head red. Which, of course, Marnie rejects and at this point, as Dr. Ken’s mom takes note of the interaction at dinner, she notes Polly has a problem which will make it impossible for her to get close to Marnie if she doesn’t deal with her issues.

And speaking of dealing with issues, Dr. Ken may have said he is working for the Russians, but now they want him to wear a wire to prove it. Though, with Zlata having taken everything from Uncle Daddy, him snitching may be a blessing for him. Especially since he just isn’t the same man he once was. He is letting people whisper and make fun of him and is just plain ole miserable. That is, until the ghost of Juanda reminds him of who he is and he brings hell to the country club. Making him feel so invigorated that he plans to make his move on Zlata earlier than planned. 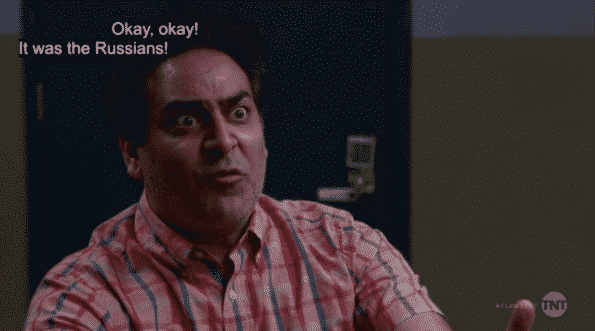 Dr. Ken: Okay, okay! It was the Russians!

It really does seem Jennifer maybe free of Bryce after this episode. Albeit not on her terms, since she still wants to be together, but she has needed to be disconnected from him for what feels like a while. Her moaning, groaning, crying, and whining about Bryce has felt like it has gone on forever and defines the character more than being Desna’s right-hand lady. Never mind someone outside of her relationship with Bryce.

As for Polly? While you have to love how eccentric she is and how she adapts to try to fit into any and all situations, there is such a real need to meet her sister. Just to get a full sense of who Polly is, who she could have been, and maybe where things went wrong. For while Desna clued us in during the first season, who knows if what she believes to be the truth is in fact, well facts.

Then, in terms of Uncle Daddy, well he is the hot mess we have always known him for. Which does push you to wonder if he may ever change in the same way Bryce, Roller, or Desna have, but then again, would you want him to? Honestly?

This whole season has pretty much been a come up for Desna. Working with Zlata has led to money, a Maserati, kind of stealing Jennifer’s house, and far more than Uncle Daddy EVER offered. Yet, Ruval proposing takes the cake. For, as made clear by his mom, and this whole saga, Desna has dated many men but never came to the point of marriage being an attainable goal. Things she can buy, like homes, fashion, and stuff like that, yeah. However, a man like Ruval? Heck, friends like she has, little Desna who was being abused back in the day probably couldn’t envision that. Yet, here she is. And with Uncle Daddy threatening all that, she decides to tell Zlata what he has planned and tries to arrange a sit-down. However, with her not expediting that task, the bliss ends. 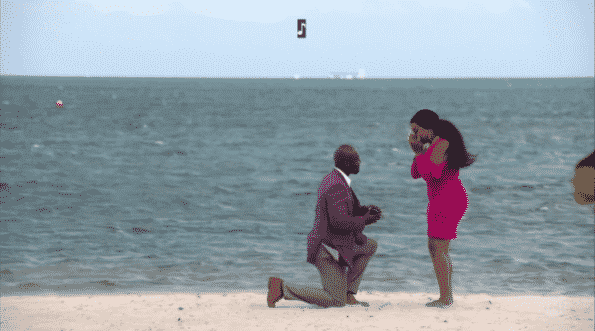 You know, sometimes you have to wish good things could have some kind of permanence. That when a character finds love, especially something with bliss, while it has complications it isn’t made into something finite. Especially when it comes to characters like Desna. For while she is kind of acting brand new, look at how hard she has worked to get to this new money status. Each person in her salon she has taken care of, taken in, when they were at their worse. Even Virginia who was sleeping with her man! She took that girl in, protected her, and gave her some semblance of a family. Even let go the fact she was screwing her brother and got pregnant by him.

And while we could run down her resume, the sad thing is, this show probably wouldn’t last without Desna’s hopes being built up and knocked down. Her life being miserable is strangely what is entertaining. Hence the original opinion of the pilot where there was a serious need to question if this show will find a new path to take to keep interesting. For as much as Zlata may have provided a bit of a sugar rush, Ruval to a point as well, with that dying down, comes the question of how can the show remain lively and, in a rather crowded Sunday marketplace, especially at 9 PM, become your go to?

Where to begin. How about the fact Ruval and Zlata are messing around? Meaning whatever he and Uncle Daddy have is as much of a ruse as whatever Ruval and Desna have? Oh! There is also Uncle Daddy trying to have an insurgency against Zlata and her killing nearly all of his people and shooting Bryce in such a way to leave us on a cliffhanger.

When a show starts to get ho-hum and you begin to feel like you are going through the motions, what happens? Well, someone has to die and you are given the idea a lead cast member may kick the bucket. Hence Bryce getting shot in the chest while so many others got shot in the head. Never mind Zlata not pointing the gun at Uncle Daddy as well. But, this is a comedic drama. While it has its serious moments, for the most part, nothing is supposed to be taken seriously. This show is rooted in reality by a string and though the tone may imply I wish it was more serious, I feel anything but that.

While Claws can get ridiculous with its soap opera twists and turns, like Zlata and Ruval together, which is a serious WTF?! At the same time, you don’t really see characters like this on TV, nor hear about ones like them popping up considering how popular the show is. So it makes it where this remains the only destination to get these people who seem familiar but live very foreign lives.

Which, naturally, leads to some frustration. The problem with this early stage of diversity being about culture and not just skin tone is shows like Claws, similar to Grown-ish are expected to address and bring everything and everyone you knew. So when the need to be entertaining, not just real, kicks in, so comes disappointment as you see a slightly remixed story you’ve seen hundreds of times before. Something which may technically be different, but the trajectory is always the same. So while we may need to fear for Bryce’s safety now, does anyone believe he may actually die? They shot Roller, sent him off on a burning boat and he came back. So any real belief they would kill a lead has long left the building.

Never mind Virginia somehow talking Desna out of going to the back to check on Dean, before his performance, alongside Polly encouraging him, but seeing this dude do his dance was something. Mostly because, with the kind of autism he has, him being so comfortable with his body, moving in unison, close to other people, and dealing with all that external stimuli meant concentration. It means Dean truly loves what he is doing enough for him to combat all his usual thoughts and neurosis and just do the damn thing.

One of the main things I was loving about Zlata is how much her being so good to Desna conflicted to whatever loyalty Desna had to the Dixie Mafia. Then, with Zlata shooting Bryce, it meant she would be further torn between her loyalty to her best friend and this woman who changed her life. However, with this discovery that Ruval and Zlata are smashing, so goes anything complicated about Desna’s story. Now she clearly is going to be on the Dixie Mafia’s side, sneaking around the Russians, and now the Haitians too.

Which, to me, is a less intriguing storyline since the issue returns to trying to survive against an oppressive threat. Albeit one which is treating her like a child thrown a dollar or toy to be happy, but still a threat to Desna’s people. Making it where the whole Dr. Ken situation may not need to be much of a worry since now they can collectively snitch. Maybe even get a whole new location for season 3 as they go into witness protection. Thus shaking things up a bit.

There is the slightest possibility that Bryce may actually die. Thus amping Jennifer’s moaning and groaning yet also presenting what will be a short lived shock. But, again, there is something about threatening a main characters life which seems desperate. Especially when a death was faked previously. So whether he lives or not this needs to be the last time they play this game unless they are going to shift the tone of this show. Because this cast isn’t big enough to make the idea so and so may die something truly believable anymore. Particularly core members.