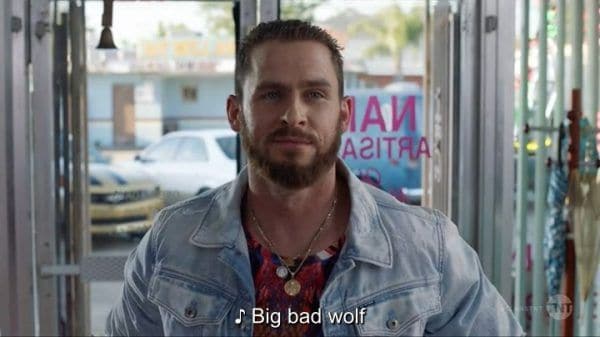 Roller somehow goes from kidnapped by the Russians to walking around freely. Alongside this, he is acting funny. Making Desna, Virginia, and everyone else who knows the truth about him getting shot, antsy.

Not too long after Virginia and Dean continue to defend they saw a man everyone thought was dead does Roller appear in the salon. Screams are all around but Roller makes it seem there is nothing to fear. He barely remembers what happened after him working out that day. So neither Desna knocking him out or trying to strangle him is remembered. Nor Virginia shooting him in the chest.

With that in mind, Desna thinks it is safe to let Uncle Daddy know Roller is alive and when he sees him it is like he is seeing Jesus. Tears are wept, Toby faints, and when Bryce sees him he breaks down as well. And naturally, as he does to commemorate any great moment that happens, Uncle Daddy throws a party.

But the night before, in order to keep up appearances, Desna continues to act as if she and Gregory aren’t together. Meaning she has sex with Roller. However, there isn’t the usual choking included. Something truly has changed with him. Even during the party, after he learns about Gregory and Desna having a new boo, you don’t see the Roller you expect. He isn’t calling her a whore or mad she didn’t wait. He just asks for another chance. That is until a corked bottle pops and it seems his memory returns. Considering all the shocks, and who knows what else Gladys did, I’m surprised the popping of a bottle is what helped Roller get all his memories back. Also that he was forthcoming about his relationship with Virginia. Who, I should add, is outed by Dean as someone he had sex with. However, being that Desna learns of this at Uncle Daddy’s party, and Roller is acting weird, she doesn’t wrong Virginia by the neck. But it will come soon. Especially if things die down.

That aside, bless Gregory for to see a man who your girl has a past with walk out of her home in the morning, granted with the rest of his family, takes a certain kind of man. But, at the same time, Desna is a certain kind of woman. One who straight up lied to his face and considering how much Jenn has been trying to put into the universe karma coming for Desna, this may become the thing she loses. 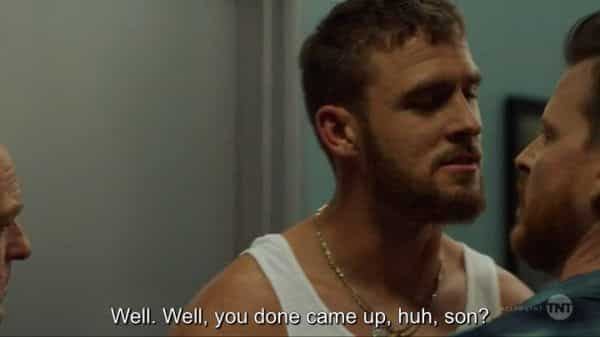 Speaking of Jenn, despite her attitude in episode 7, she and Desna are already back on their way to being chummy again. Including Jenn working at the salon and talking about working at Glint Nails. If only because the dust has settled and with her looking at how her life has become, and what Bryce is becoming, it is a wakeup call. Once again, she doesn’t want him working at the clinic and not just because of the Dixie Mafia but because Bryce is really changing. That sort of manipulable fun guy is slowly morphing into some Uncle Daddy type and Jenn doesn’t like it.

In fact, she isn’t the only one. Roller doesn’t like how his brother has taken over everything and has him relegated to the MRI trucks either. Thus leading to a lot of posturing and even a fight between the two brothers. One Uncle Daddy resolved by firmly stating that Roller is the head of the truck fleet and Bryce is handling the clinic. After all, between him digitizing records, improving security and what not, he has shown a real knack for that part of the business. Which puts Roller in a tight situation. 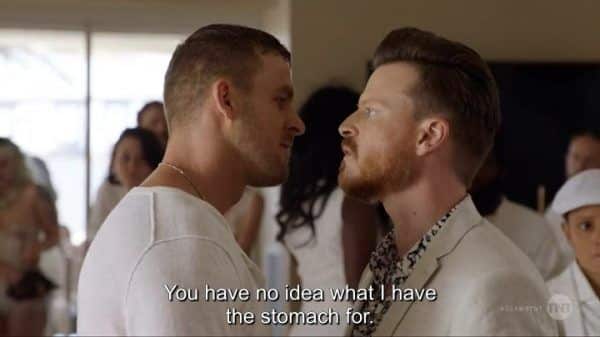 Taking note I’m watching this after the first season is over, I still find myself forgetting things. Like did Bryce and Roller interact all that much at the beginning of the season? This is something I ask because with them fighting and Roller noting Bryce’s drug addiction past, it leads me to wonder how much beef they may have had in the past. Like, maybe it isn’t just because of what is noted next that Roller comes after Bryce so hard.

After all, it seems that Uncle Daddy has long played favorites, so who knows if maybe Bryce had a special place in his heart before? Making it where Roller, to compensate, and win over Uncle Daddy, got into the crime business.

Sibling drama aside, I was kind of surprised after all that was said between Desna and Jenn that she returned to the shop. For while I get that being home all day probably isn’t good for Jenn’s sobriety, you’d think she would join the PTA, make new friends in the area, or something like that. That is, rather than make it seem everything she said was just the alcohol talking.

Which I would love to give the excuse of, “maybe it has been days or weeks since Jenn put two and two together, hence the reconciliation. However, with the Roller situation comes it being clear that 2 – 3 days have passed at most. So I guess they didn’t want Jenn to dwell on her differences with Desna or show their friendship is so strong that Desna setting up the first good guy in Jenn’s life and turning him into an ass, it can be forgiven.

Mind you, Jenn has only begun the process, but still.

Every since Roller has reappeared he has been getting a lot of text messages. Something strange for a man who disappeared for weeks and was held captive by some crazy swamp woman. It becomes a bit more side-eye worthy though when a cork is popped and Roller seems to remember everything — yet claims it was the Russian twins who shot and tried to kill him.

Which doesn’t settle right with Desna so she has Ann and Polly investigate. Leading to her learning Roller has been making $30,000 deposits to the Russians monthly. But, being that Polly and Ann’s threat work their way up the chain, it leads Riva, the matriarch of the local Russian mob, coming to Desna’s shop. Leading to the idea that someone is about to be killed but then Desna and Riva level with each other. Desna, for some reason, reveals she tried to kill Roller and Riva reveals Roller has long betrayed Uncle Daddy [note]Which Desna picked up on due to fake invoices over at the clinic[/note].

Leading to Desna confronting Roller and it sort of seeing there may be more to his dealings with the Russians than we know. 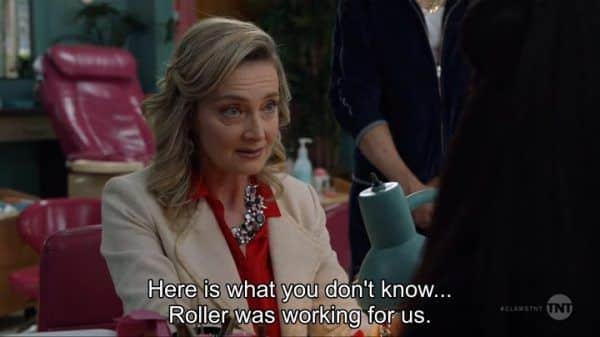 What’re the chances of Roller being a snitch? There has to be a reason he is working for the Russians and betraying Uncle Daddy right? To me, working with the feds or DEA would make a hell of a lot more sense than him truly desiring to betray Uncle Daddy. For it isn’t like Uncle Daddy isn’t generous to his family. He has been bank rolling Roller’s habits for who knows how long now. Also, with how dumb everyone makes Roller seem, he doesn’t seem like the type who would try to strike out on his own with Russian backing. It just wouldn’t make sense.

But, unfortunately, we don’t get an answer as to why Roller betrayed his father figure. Though with two episodes left, fingers crossed for getting an answer.