Philo’s father has been revealed, just as it seems he faces death, and Imogen seems to have picked up her father’s habits in sympathy for fae.

Watch The World Burn & Be Part Of Its Rebuild: Runyan, Sophie, Jonah

Sophie is intentionally sowing chaos. She seemingly wants war, or destruction, for it is clear to her there is no fixing what her father and Jonah’s made or maintained. It has to be dismantled and a new world rebuilt. An idea Jonah doesn’t necessarily jump at since he doesn’t really want to do politics. Hell, when Runyan, out of sheer luck, in terms of pay, but unlucky, considering who he is assigned to tutor, comes into his life, he tries to threaten him with destitution.

Yet, Runyan somehow breaks through to Jonah in a way neither his father nor mother ever did. He pushes him to not live off his family name and really reads him for filth. Which leads to him wanting to join Sophie in what she is doing and, because teachers never get the credit they deserve, he says it is because of Sophie he wants to do more with his life now.

Ezra, by no means, is comfortable with how often Imogen and Agreus are together, so he is doing his best to plan for an endgame. The problem is, Imogen and Agreus may be in love. At first, it seems merely to be lust, as they have sex with one another. However, she spends time with him now without pretense or for appearances, and it pushes the idea there is something beyond her initial impression. And as much as he, at first, wasn’t comfortable, it seems he is willing to give in and fall in love.

Does The Truth Ever Set A Person Free – Outside Of Their Mind?: Philo, Vignette, Ms. Fyfe, Sargent Dombley, Constable Berwick, Magistrate Flute 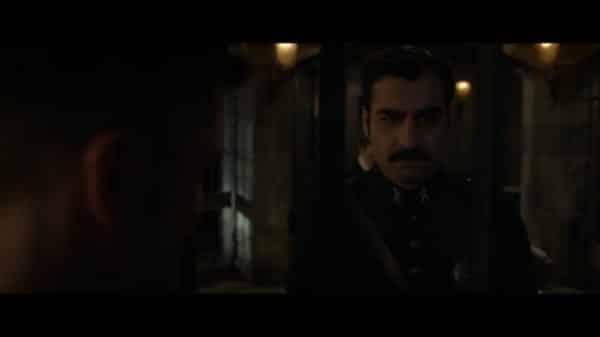 Philo is in jail, and it is Ms. Fyfe’s fault. Which, by her showing up and trying to recant her statement, it seems she regrets what she said. But after beating up a bunch of guys, and reconnecting with Vignette, who is also locked up, he owns who he is. Which is a bit of a problem since him being a half-blood means some of the highest officers of the city, for years, didn’t discover him. It makes them look very incompetent, so Sargent Dombley is talking about killing Philo to avoid a trial and any embarrassment. Which, because he knows the Magistrate would likely allow this, Constable Berwick warns Philo. However, a warning doesn’t stop a bag from being put over his head and him being taken to some secluded house where Absalom, strangely, await him. Pushing the idea that he is Philo’s father.

The Slow Burn When It Comes To The Show’s Romance

What you have to appreciate is that, while this show’s selling point isn’t the romance between characters, there is a notable investment there. With Imogen and Agreus, the writers took their time, and while Philo and Vignette did have a hot and heavy beginning, in terms of the reconciliation, they didn’t just jump in. Through actions, Philo proved he is no longer the man Vignette once knew, and he is willing to fight for her and beside her now. That is alongside own who he is for rejecting that half of himself is, in a way, like rejecting her. Presenting the idea that it isn’t just his lack of wings but a desire to live in a privileged world as why he was passing. If not a sense of self-hatred or shame since, up until recently, he didn’t really know who he was.

Where Is The Black Raven Group?

They don’t storm an auction which is selling heirlooms from their homeland? One of their own is locked up for trying to stop people from treating their history as a tourist attraction, and there is no attempt to break her out? Are you kidding me? Where is bad ass Dahlia and the rest? Or is it they were the ones who smuggled all that over and that’s why they aren’t getting involved? Never mind Vignette not mentioning them and her having sudden amnesia.

You got two random characters, who haven’t been established enough to say who is who, talking about lore which isn’t fleshed out with visuals, just people talking. How are people supposed to get invested in this? Honestly.

So About How Much Imogen Has Changed

Character development is always a good thing. It’s just, the way this show’s timeline seems to be, Imogen going from someone who seems deeply racist and conservative to making love to someone of a different species seems like a lot. Don’t get me wrong, I like this new Imogen. However, It’s hard to believe a person’s way of thinking can be wiped out by enjoying hanging out with someone, as far as we have seen, two to three times. With the other times being awkward and Imogen being dressed down by Agreus. 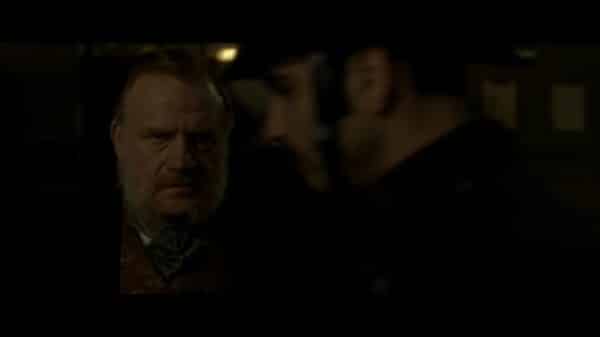 This is a show with multiple murders, sex workers, a person discovering their mother, a rekindling romance, racism, classism, sexism, police brutality, political drama, and so much more, yet none of it feels heavy. Why is that? What’s the problem here? Is it just the tone is off, considering what happens, or because the story doesn’t have a book proceeding it? Thus allowing the actors to make the characters their own, they are more so being themselves than these beings who live in a rather dark fantasy world? I can’t pinpoint what feels off but a part of me strongly feels there should be more oomph to all that is going on.

So About How Much Imogen Has Changed - 75%