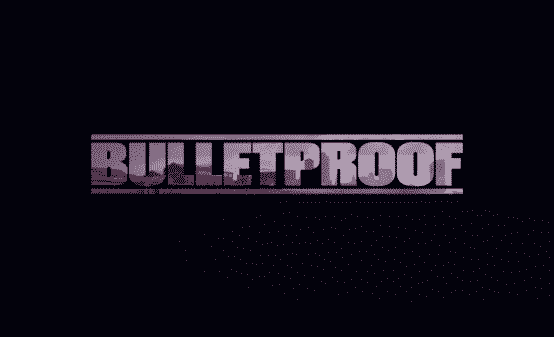 Though Bulletproof does have a lot of familiar traits to other cop dramas, Walter & Clarke bring just enough in their dynamic to make this show stand out.

Partners Bishop and Pike are like any run of the mill cop duo. There is one with his head on straight, who is a bit of a square to a point, and then there is the more loose and goofy one. Pike is the straight-laced one, son of Ronald who is a notable cop so he is a bit of a legacy kid. In fact, on top of being a legacy, with a kid at home and a wife in Arjana, pretty much he comes off like a golden boy.

As for Bishop, if you read news reports about the show, his upbringing was a bit less stellar. He was a foster kid, a bit of a wild child and add in his wife or girlfriend Sophie might be cheating on him, needless to say, he is a bit emotional. Something you don’t really want a cop to be.

Leading to their first case which deals with car smugglers who, in pursuit of quieting Pike and Bishop’s informant, Sabine, run her over, back up, and skid her body before taking off. Thus setting the tone for a surprisingly violent, at times dramatic, and slightly comical program.

The basis of any show is how our lead character, or characters, hook you and while, admittedly, not blown away, you can tell why Walters and Clarke are staples in British entertainment. There is a certain charm to Walters which makes him the perfect legacy kid who checks off all the boxes yet still is able to hang with someone like Bishop. Then, in terms of Clarke, when it came to Bishop believing his girl was cheating on him, the softness in his eyes, that hooked me.

Don’t get me wrong, he is low-key comical, makes an adequate loud mouth to the straight-laced Pike. However, comical partners are a dime a dozen. Even his background of being a foster kid and all that, which wasn’t really touched upon, doesn’t really do much more than present a simple trap. However, seeing a silly person get dark and broody, over his lady, that strangely was appealing.

That is, alongside him wanting vengeance for Sabine since that pushed his reason for being a cop beyond good benefits and things like that. You can see this desire to want to help people and that cuts through the scripted nonsense and gives you an actual person.

You know, there was something about the intimacy of them talking in the bath about life and their future which was just sweet. Especially when you combine the realness of their daughter busting in when she needed the littlest thing. It showed us a real family and didn’t just seem like another part of making Pike and Bishop complete opposites.

The First Case Was Solely Made Interesting Thanks To The Violence

A woman ran over, and dragged underneath a car; realizing a baby lost their mom violently; car chases; and also blood splatter. That was the interesting part of the episode’s case. Not that Sabine moved to East London to better herself, provide a good life for her child. Even in terms of Sasa, who seemingly was the father, we don’t really get to know much about him or the organization he works for. All we know is his people are the bad guys, they killed Sabine, and by the end of the episode, they meet justice.

It’s so rushed it doesn’t really give you much of an idea about anything. Which includes the people in the show besides Pike and Bishop

Outside of Pike and Bishop, No One Else Really Popped

Setting aside how cute Pike and Arjana are, without him, there isn’t much reason to invest in her. Same goes for Bishop’s lady Sophie. Then, when you expand outside their significant others, honestly there are a lot of characters who are just there. Mind you, they say and do stuff, naturally, but similar to how Pike and Bishop are written as common archetypes, so are everyone else.

But, the problem is, be it the actors or us not getting to spend enough time with them, they don’t break away from seeming generic. Making it so the tough but fair boss, smart-aleck co-worker, and all the familiar things we have seen done to death in shows like this, make it where even Pike and Bishop can’t compensate really.

At 6 episodes, the show isn’t asking for a long and strenuous commitment. So, going by how most programs become insufferably by episode 5 if they are truly iffy, going towards bad, by that point this will end and you’ll be fine. However, taking note of how Bishop evolved once he was more than this comic relief, alternative upbringing kind of character, there is hope.

Hence the mixed label. Over the course of the 5 remaining episodes, maybe each character we’ve met will break away from the generic foundation they have and truly become noteworthy. I can’t make any promises, admittedly my faith isn’t that high, but it is entertaining enough to have my fingers crossed.