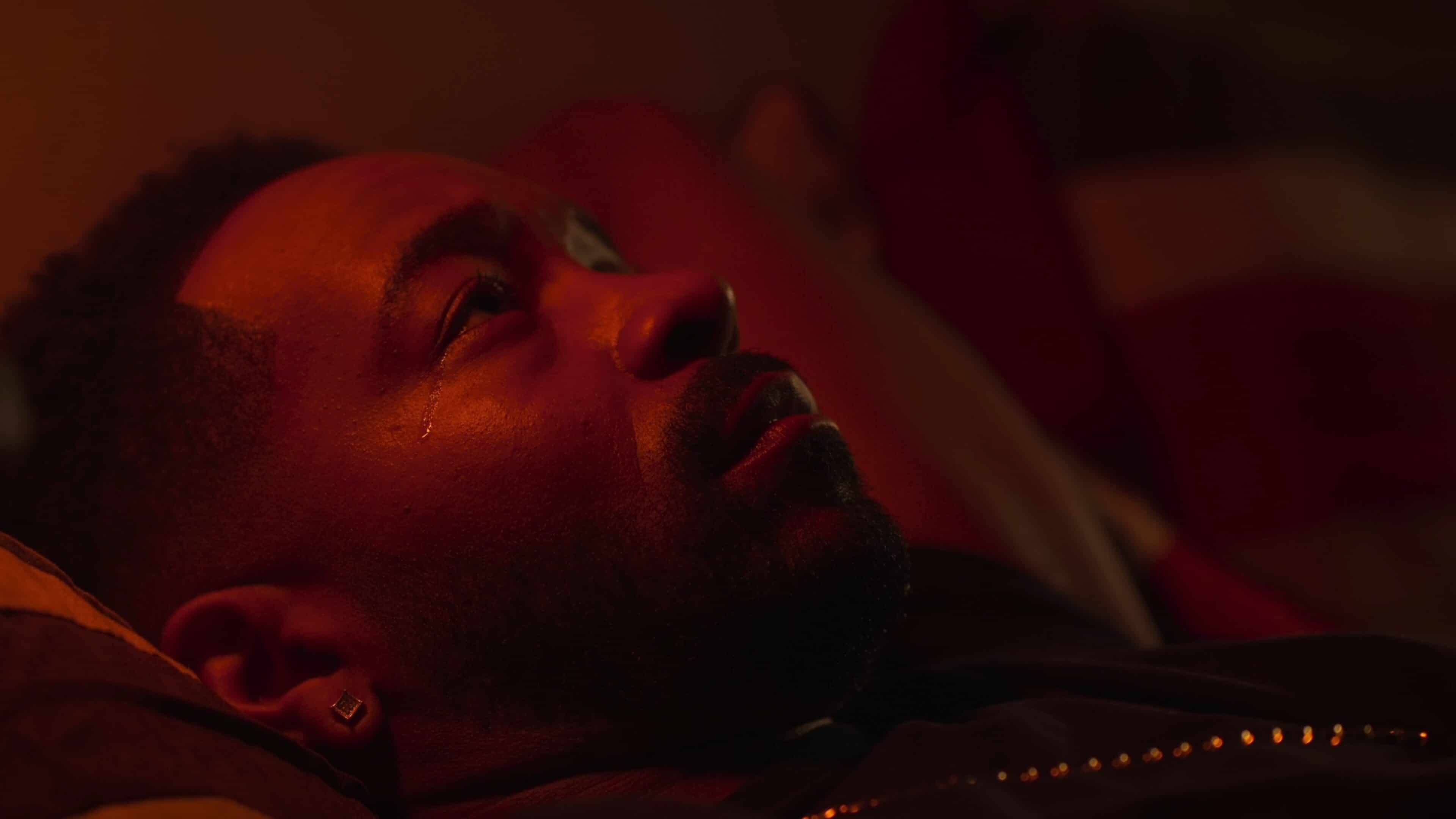 In a Vince and Shoshana-focused episode, we meet not only her family but Vince’s beyond Layne.

From Engineer To DJ – Sheila, Vince

With Sheila’s boys good at math, and one of their uncles doing well as an engineer, she pushed both of her boys to follow in his footsteps. Thus Vince’s older brother works at Carolina Poly, and Vince was expected to go to Georgia Tech, get his degree, and make money.

However, during his interview to get into the engineering program, he got the opportunity to DJ for $1000 a weekend. So between being broke with a student loan and money in his hand for a night’s work? Vince went for the money in front of him than promised down the road.

7 Days Too Many – Shoshana, Lindsay, Vince

With Shoshana’s brother, Mason, dying, so begins a Shiva. One that Vince is invited to for support since Shoshana doesn’t have the best relationship with anyone in her family. She blames her mother, Lindsay, for her dad’s death, since she thinks he died of a broken heart after Lindsay cheated. In terms of her step-dad? He was the other man, so that caused a rift that has yet to be filled.

Then, when it comes to her brothers? With them both being ass****s to Shoshana, she doesn’t like either of them. Add in some racially insensitive things said to or around Vince, and it makes the situation tense. However, after a blow-up which includes one of Shoshana’s brother’s divorce being made public information and the other one possibly being gay? Everything gets aired out, and there appears to be a path forward.

Now, whether that includes Vince? It is hard to say she he made sure to be known as Shoshana’s friend, thinking it would help, and it seems while their relationship is intact, they may need a few conversations to clarify things.

Momma, Can You Hear Me? – Vince, Rance, Sheila

Just as we got to know the current state of Shoshana’s family, we do the same with Vince. This, unfortunately, includes learning his mother, Sheila, has dementia, thus his older brother, Rance, taking care of her. As for Vince’s dad? Well, he has been absent most of Vince’s life, so, like Shoshana’s dad, he is considered dead.

Getting To Know Vince Better

Like Liberty, Vince has often operated as a comic relief on the show. If not Layne’s cousin looking for a come-up that, in season 1, seemingly was never going to happen. However, in this episode, things got real. He got to be an individual with his own life, separate from Layne’s friends and got developed more in this one episode than the entirety of season 1.

Which, honestly, we appreciated. For whether it is establishing how he became a DJ to getting to see him with his mom, his origin story was far better than anyone else’s this season. Heck, in the end, when he was crying, I must admit I was a little misty-eyed my damn self.

Appreciating Getting To See Shoshana’s Family, But Wishing We Got More Liberty

Don’t get us wrong, we love what Tori Spelling has brought to this season. However, it is hard to not feel like Liberty is getting slighted. Mind you, Liberty isn’t on Vince’s level and has barely evolved beyond being Layne’s employee. However, if she is cool enough with Layne to get invited to Aaron’s birthday party, she can’t get a dedicated episode?

Getting To Know Vince Better - 85%

Appreciating Getting To See Shoshana's Family, But Wishing We Got More Liberty - 77%

Tristen J. Winger shows himself to be a leading man in this episode, as we venture into Vince's life as an individual and not just part of the Ride or Die 5.