by Amari Published: May 1, 2021Last Updated on May 2, 2021
FacebookTwitterPinterestRedditEmail

As things start to get real, and certain partners aren’t playing anymore, so comes the question of what future could be had with certain issues lingering in the air? 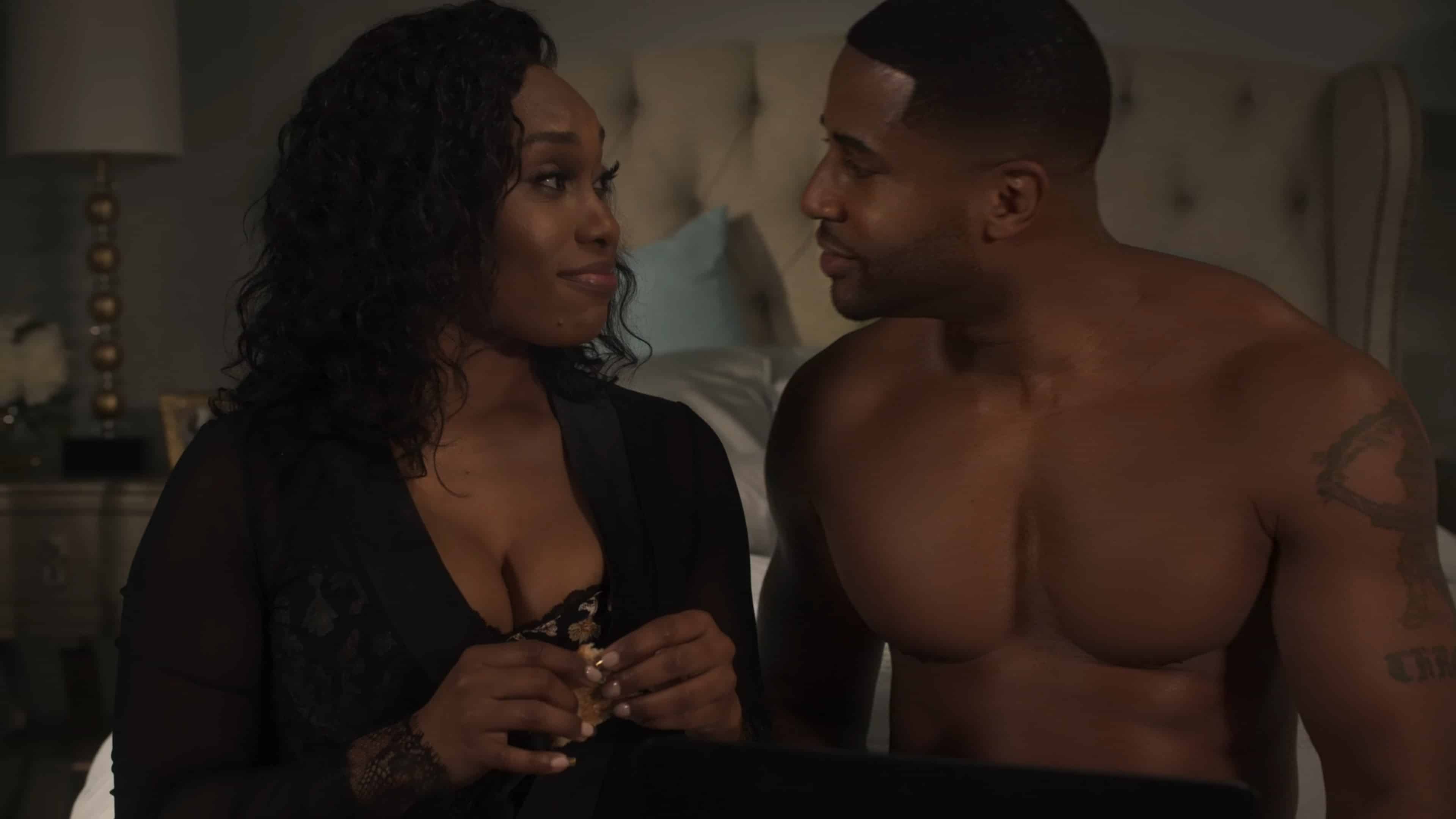 Veronica and Ken having a moment

While Veronica is getting used to Ken, being that she has lived a no-strings-attached lifestyle for quite some time, he is getting too comfortable, too quick, and she isn’t sure how she feels about that. Especially since he pulls her away from potential clients so he can hook clients at Aaron’s birthday party. Yet, as shown early on, she does desire to have someone. It is just, like most couples, she needs to communicate how she sees them going forward.

After 15 years in the league, Aaron wants to retire, and one of the issues with that is, Tracey is a reality TV star. That complicates their life because Aaron wants to shift his life away from being seen and Tracey requires being seen for her business. And considering the cameras even crash his birthday and make his retirement announcement a thing, it does leave you wondering, with the contract Tracey has, can she get away, and stay away, from reality TV?

Being that Deon wants to work for a Fortune 500 company, he has been rejecting job offers! Now, as for how long has he been doing this? That is hard to say. What we do know as fact is that he is reliant on sleeping in Layne’s house, and renting his condo, to avoid selling it.

But as you can imagine, things are awkward. For one, Liberty has signed up Layne for online dating, and when Layne brings a guy home, Deon gets in his feelings. Luckily for him, the guy is a little too spooked out to stick around, but this does lead to the need for tough conversations. Specifically boundaries, but with the conversation veering towards Deon not having sex with “Layne-lite,” so comes the idea in Layne’s head something could happen.

Liberty reacting to hearing Layne and Deon had sex

In season 1, one of Deon’s major issues was Layne would tell him something, he’d blow it off, and guess whose advice was right all along? But, in dire straits, it seems rather than be a butt head and press forward, Deon listened to Layne and took a job at a small firm. Now, whether it was for more responsibility and flexibility or just because he doesn’t want to live with Layne forever? Time will tell.

The Struggle To Go From I To We

When you’re single, independent, and have done well alone, it’s hard to become a “we.” Especially if you have a solid friend group and don’t struggle to find sex partners. So for Veronica, the consistency is nice, but the caveats that Ken presents? You can see why she is iffy about his long-term potential.

Take note, she is losing the power dynamics which has made her feel safe and strong, as shown by her binge eating at Aaron’s party. So here is hoping she has a real conversation with Ken about how their relationship is going to work. Otherwise, they may end up breaking up when they hit a real rough patch.

Whether intentional or not, you have to appreciate Aaron stopping Tracey from rearranging her whole life for him. It really shows he may not be the selfish man he once was and that he truly values what she can give in his life.

As relationships grow closer, so comes the need to look at the cracks and handle them before they become a future issue.