Beyond: Season 1/ Episode 7 "The Hour of the Wolf" – Overview/ Review (with Spoilers) 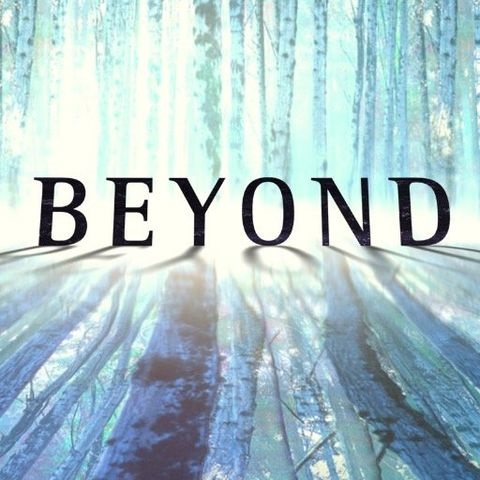 All I can say is, I wish I didn’t have work tomorrow for I have finally gotten excited about this show.

Luke sees Willa and asks about Holden’s drawings, which lead to her just barely revealing information about the realm. She basically gives him enough to be intrigued but then points him toward his brother. Jeff is continuing to investigate Hollow Sky and now has connected Pastor Ian to them which gets Tom riled up and he goes to Diane with that. Leading to us hearing how he became distant during Holden’s coma and that being part of the reason those two ended up separated.

Charlie and Holden take their relationship to the next level. Not just because they have sex, but you can see a mutual interest and what is a genuine love. On top of that, she is trying to get him to accept and hone his powers rather than hide and try to suppress them. Perhaps hinting at why Mustard Jacket things she is pyscho, for maybe her powers are beyond just predicting patterns, but who knows. What is for certain is these two definitely have feelings for each other and for the first time since this show started, I got a rush.

Let me speak on how cute these two are. Charlie brings the rebellious side out of Holden, that “let’s make up for the 12 years you missed” side out of him. She helps him fulfil his wish of seeing out of this fancy telescopes, playfully flirts with him and seems enamored by his life and family. Heck, even the sex, it wasn’t some usual hot and bothered, let’s do it like softcore porn stars. No. It was Holden’s first time and he was excited and awkward and she was understanding. Also, there was a point made to show they were using condoms. Which I feel rarely ever happens anymore. For while she may like Holden, she is not trying to get pregnant by Holden. She doesn’t need to use her powers to know the high chance of pregnancy.

Jokes aside, while Willa may have presented a longing like Jo in Twisted, Jamie maybe that sort of Amanda vibe from Kyle XY, Charlie is her own person. She, again, is weird, has a past which may not be fleshed out, but you get the point. For with her noting her childhood, making it sound like she has some body insecurities, and making it seem like friends and especially guys like Holden are rare in her life, you feel something for her, you want to see her happy. And honestly, sort of like how Javier made Letty into someone you’d care about in Good Behavior, that is what Charlie does for Holden.

Under Tess’ approval, though not per se Dr. Frost, Mustard Jacket (I stick to the color Tess called it), is allowed to build a task force to bring Holden in. Thing is, they weren’t expecting Jeff to be watching over Holden with a shotgun or were prepared for the full extent of Holden’s powers. However, even with Charlie trying to help Holden hone his powers, he doesn’t stop a bullet from hitting him in the chest. Thankfully for him, neither Charlie or these nice people they met, while pretending to be married, get hurt. Leaving us watching Charlie on the run and Holden barely hanging on as Jeff drives him to the hospital. Leading to us seeing, as Holden seemingly is blacking out, Arthur’s vitals becoming erratic and him waking up.

That shootout had me hyped. If only because with Tess saying Charlie was expendable, I feared Mustard Jacket would have killed her and thought nothing of it. Which had me so on edge I was actually rooting for Holden, so glad his powers existed, and that Charlie has been teaching him how to hone his anger and stress to make them work for him and not against him. Plus, seeing Jeff act as a guardian angel in that shootout, I honestly think he may have found a place on this show. For even with us seeing what Holden can do, he is still highly vulnerable and the more we hear about Hollow City, and see how Dr. Frost’s vision differs from his team, the more Holden needs some military trained dude to have his back. Leading me to think, between Charlie making Holden more interesting, and not just a cute puppy being passed around; Jeff bringing in some action, and trying to make Hollow Sky something to care about; and then Arthur waking up and us maybe getting some idea of who he is in modern times, this show may end up worth watching by the time it ends. Definitely not something to binge watch, which has been a frustrating experience but, then again, the creators didn’t expect FreeForm to release the show like this so it wasn’t written to be watched like this.