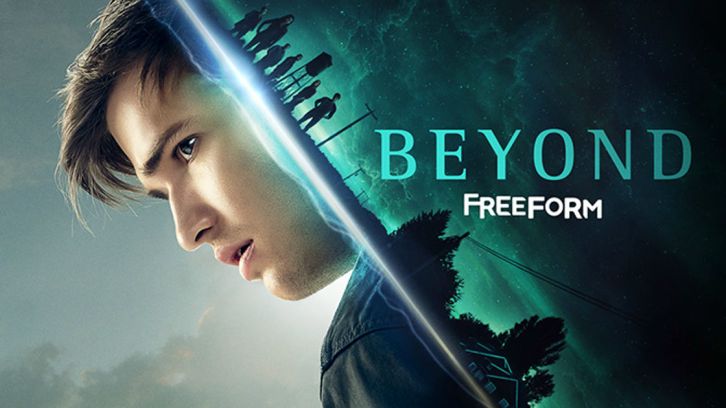 As the PTSD-like symptoms continue, we are introduced to the personal life of the man in the mustard jacket.

It is revealed that the man in the mustard color jacket works for this strange company named Hollow City. We don’t see much of it, but there is a camp like area and then the main mansion where a Mr. Frost lives. He seems to be the head of the organization but we don’t see him this episode. Instead, we meet Tess Shoemacher (Erika Alexander) who is his assistant. Someone who delivers that MitMJ’s lack of discretion is detrimental to Mr. Frost’s life’s work so he is being reassigned.

“Hollow City” is an odd name for a company, but with it likely having, or hunting, beings like Holden, it seems appropriate. Yet, at the same time, something about this show feels off. Like, despite how MitMJ acts, he isn’t necessarily evil. For while he is socially awkward, stupid (he offers a kid the opportunity to hold his gun), and reckless, it could just be his ambitions don’t match his assumed intelligence/ importance. Ambitions which stem from Mr. Frost, a kind of crappy villain name, really being some kind of good guy. Though, who knows, maybe there is no good or evil here but just opposing opinions? It is too soon to tell.

With the cops asking about what happened at the bar and Kevin renouncing his friendship with Holden for his own safety, that leaves only Luke and Willa to hang with. Now, Willa isn’t treated as an option, for she freaks Holden out, but Luke doesn’t seem like the best option either. Not because he is a bad guy but it seems whenever Holden isn’t on whatever path which would fulfill Arthur’s mission, much less being social, that is when bad things happen.

As seen, when he is stimulated to a certain degree it seems his powers overwhelm him. Thus leading to hallucinations and his powers, which seeming deal with energy, manifestating and causing harm and destruction. As seen from him becoming over stimulated by making out with a girl named Julie, possibly being offered sex, and thus leading to Arthur hallucinations.

Why is Arthur such a haunting figure? Much less, taking note he seems trapped in the other world, while Holden and Willa aren’t, why is that? For, again, it is like this show wants everyone to seem like a possible villain for the sakes of putting you in Holden’s shoes. Which I enjoy and appreciate, and it pushes me to keep going. However, I do hope like we got to see a different side to MitMJ, and the people he works for, with Holden seeing Willa, maybe Arthur could be properly introduced.

Willa has been blowing up Holden’s phone to the point he hides it in the garage. However, with her being the only person who has the answers, besides maybe Kevin who is just a puppet, he has no choice. He goes to her new apartment, which she is paying for with cash, and asks about this life they once had together. Also, where was said life?

Willa speaks multiple languages, was with Holden in the other world, seemingly has money, and has some sort of relationship with Arthur. It’s amusing how everyone is very murky and ambiguous in terms of whether they are on the side of good or evil. Yet, what needs to be questioned here is the ability to cross from one world to another. Did Willa wake up as Holden did or has she perhaps mastered her ability to transverse from their world to the other? Also, considering how normal their world looked, could it just be another timeline? Until Holden was dealing with some dog behind a wooden door, leading to thoughts of Cerberus, it didn’t seem that “other.”

Again, like with Arthur, we can only hope the amount we have learned about the Hollow City we may get to learn when it comes to whoever Willa and Arthur work for. We still have 8 more episodes so there is time, enough intrigue for patience but, I got to admit, they need to kick things up to the next notch by episode 4.