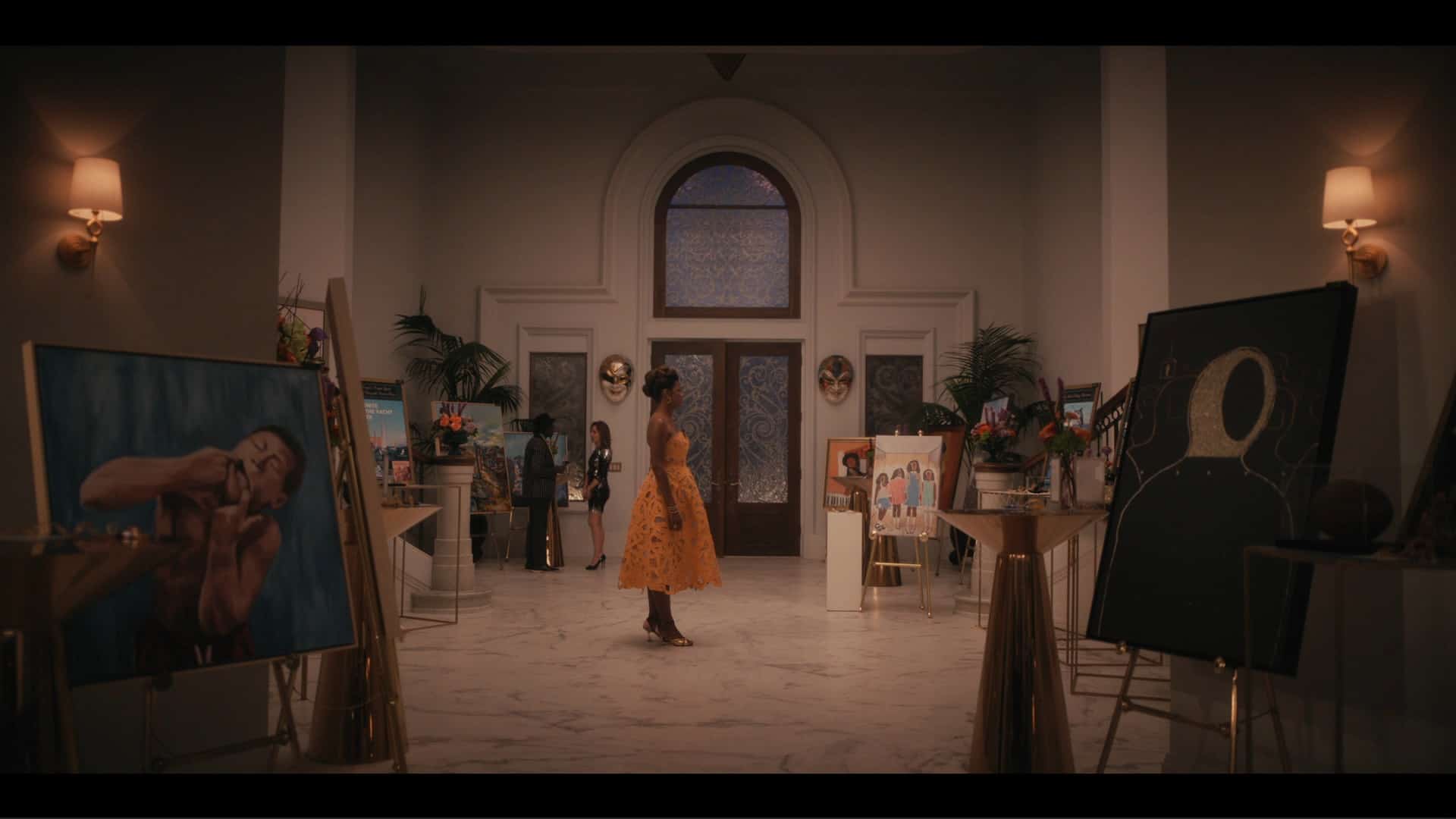 It’s time for the event, which honors Gayle, Lisa’s mother, and Viv’s best friend. But, naturally, personal drama is brought to the event and leads to a few tense moments.

It’s the day Viv is hosting a fundraiser to honor her sorority sister Gayle, and best friend, while raising money for Lupus, and it is utterly hectic. The caterer drops out thus, she has to call Hillary, who is struggling to meet Kylo’s demands of going viral, to stay in the influencer house. But, being that she’d do anything for family, she shows up, cooks, and turns it out.

But, while she and Viv salvage the day, Ashley isn’t able to turn things around. Romario and Lucia get invited to the event and spend a good portion of it with Ashley, who is lowkey showing off. Sadly, this doesn’t have its intended effect in potentially winning Lucia over. It does potentially attract Romario more, but Lucia has her eyes on Will.

With learning that, Ashley doesn’t have a Carlton moment but does come up with an excuse to have Lucia and Romario go home; under the guise, Ashley has too much to do to entertain either. This leads to Hillary helping her little sister with her first heartbreak and Ashley noting she still isn’t comfortable coming out.

Not Looking To Take Any Steps Back – Reid, Phil, Viv, Hillary, Kylo

With the food crisis over, Viv’s next problem is Reid skulking around and finding himself where Viv’s unfinished pieces are. This is uncomfortable for her and a violation, but Reid sweet talks her into a bet that would have it, if she puts the piece up in a silent auction, and it gets to $15,000, he gets to put her work in his gallery. This bet, with hesitation, is taken, and after some time, Phil pops up, and between himself and Viv, they reinforce that they are married to Reid’s eyes so that he hopefully gets the picture.

And speaking of putting work up, Kylo is really on Hillary to post, and with her working, she doesn’t find the time. Especially to make something viral, as Kylo desires. But, in an attempt to keep herself from having to move back, as her parents expect her to, she decides to do a cooking video in lingerie.

Let’s do some math. Gayle died in 2019, and Fred’s new wife met Fred in 2018 at an LAPD golf tournament. What is the probability that he cheated on his dying wife? That is the question on Viv’s mind as Angela introduces herself to Will and starts potentially snitching on herself and Fred.

However, that is by no means the most controversial part of the day. You could say it is when Geoffrey discovers Fred got one of Phil’s endorsements pulled or that he is going to run against Phil? Maybe it is when Aunt Viv tells off Angela, to Lisa’s delight, when Angela thinks she is going to go on the mic and give a tribute to Gayle?

How about Carlton, jealous of the minimal time Lisa and Will spend together, getting so messed up on Xanax and his Kanye level anger over lacking control over the woman he wants, he can’t do the poem he helped Lisa concocted? Which forces him to let Will step in? All around, things are a bit of a hot mess.

But luckily, the night ends off well. Because of Reid’s anonymous $15,000, followed by Phil’s $20,000, Viv’s painting sells. Also, with spending time together comes Will and Lisa connecting and kissing. With, this time, Carlton is nowhere in sight to interrupt. Yet, if this goes public, you know what’s going to happen.

Sometimes your pain gets misdirected.
— Viv 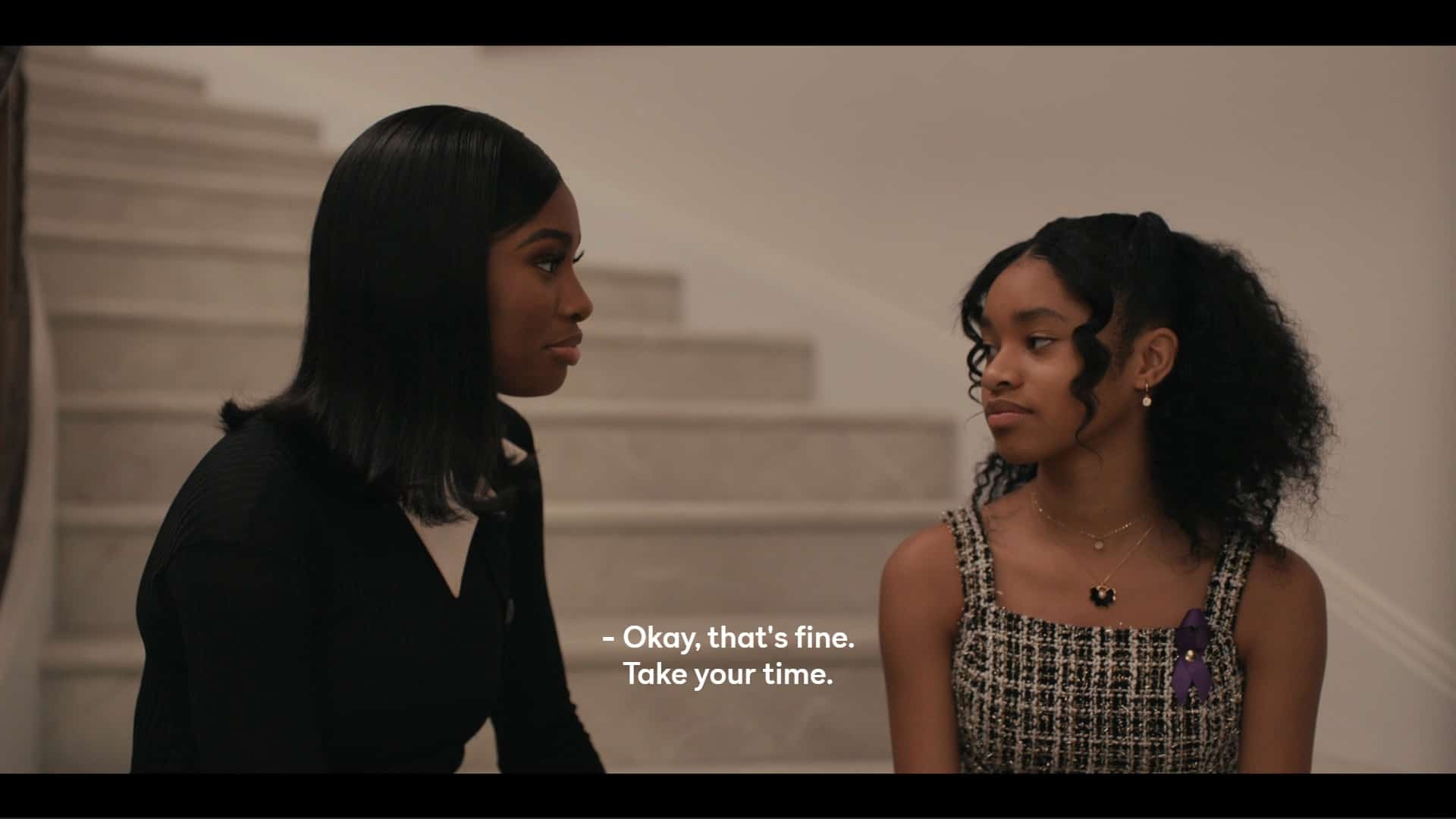 More often than not, seeing Black women of all ages bicker and be against each other feels more normalized on television than them loving and supporting one another. So watching Hillary be there for Ashley in a vulnerable moment and Ashley supporting her sister when she can? It’s so precious. Hopefully, it becomes the norm, or at least equal to what we (meaning I) often see.

Viv, Mildly, Going Off On Angela

At first, when you meet Angela, you don’t get why there is beef. For Lisa, it makes sense since her dad is married to someone new, well before she was ready for a stepmom, and she Angela integrating or assimilating to her life, but rather expecting Lisa to do so. With Viv, however, it didn’t make sense. Yes, Gayle was her sister and best friend, but there had to be something more.

Well, with learning Angela likely was circling like a vulture, we saw why. And damn if there isn’t something invigorating about seeing West Philly Viv compared to Bel-Air Viv.

It was a bit weird that, despite Phil noting that he had many competitors in the election, we haven’t met a single person, right? Well, now we have, and it should be interesting to see Fred challenge Phil. Take note of how Phil handled his fraternity brothers and how contentious that was, and they were friends. So imagine with Fred going against Phil to protect the police, then Viv embarrassing Fred’s wife, how nasty this fight might go.

While we appreciate Kylo coercing Hillary to think of deadlines and remaining active on social media, and seeing it as a job, I feel like the way they are handling this may not be the most beneficial. For rather than present Kylo as a mentor who is taking Hillary from learning as she goes to schooling her, it just seems like she has found someone new to control her output and pressure her into doing something she may not wish to do.

In my mind, if Hillary didn’t want to wear certain clothes and water down her recipes, then why would she cook in lingerie? Yes, it was her decision, but I feel like this is desperation with the whole “You gotta go viral” thing. On top of that, has she forgotten her father is running for public office? Is Hillary about to be set up to show how low Fred will go? Maybe even Phil in retaliation?

Even though Phil and Reid may not have met in person previously, I don’t know how you can walk into the house he shares with his wife and act as he does. Now, granted, We can be reading too much into this. Not all men who show an invested interest in a woman could be seeking a relationship, sex, or inappropriate contact.

However, let’s be real – that is what Reid wants, and I don’t know if it is a punch in the face he needs to understand boundaries, but I hope he learns it soon. Mainly because the possibility of Phil walking in on something seems high with the kind of drama Bel-Air flirts with.

Right now, I feel like Carlton is stalling, trajectory-wise, due to his focus being squarely on Lisa and trying not to lose his prominence to Will. I’d like to see this character expand and either the show have his drug use addressed, maybe show the fallout of what he did on the rugby field, something which doesn’t make it seem like Carlton’s life revolves around what Will does or doesn’t do. 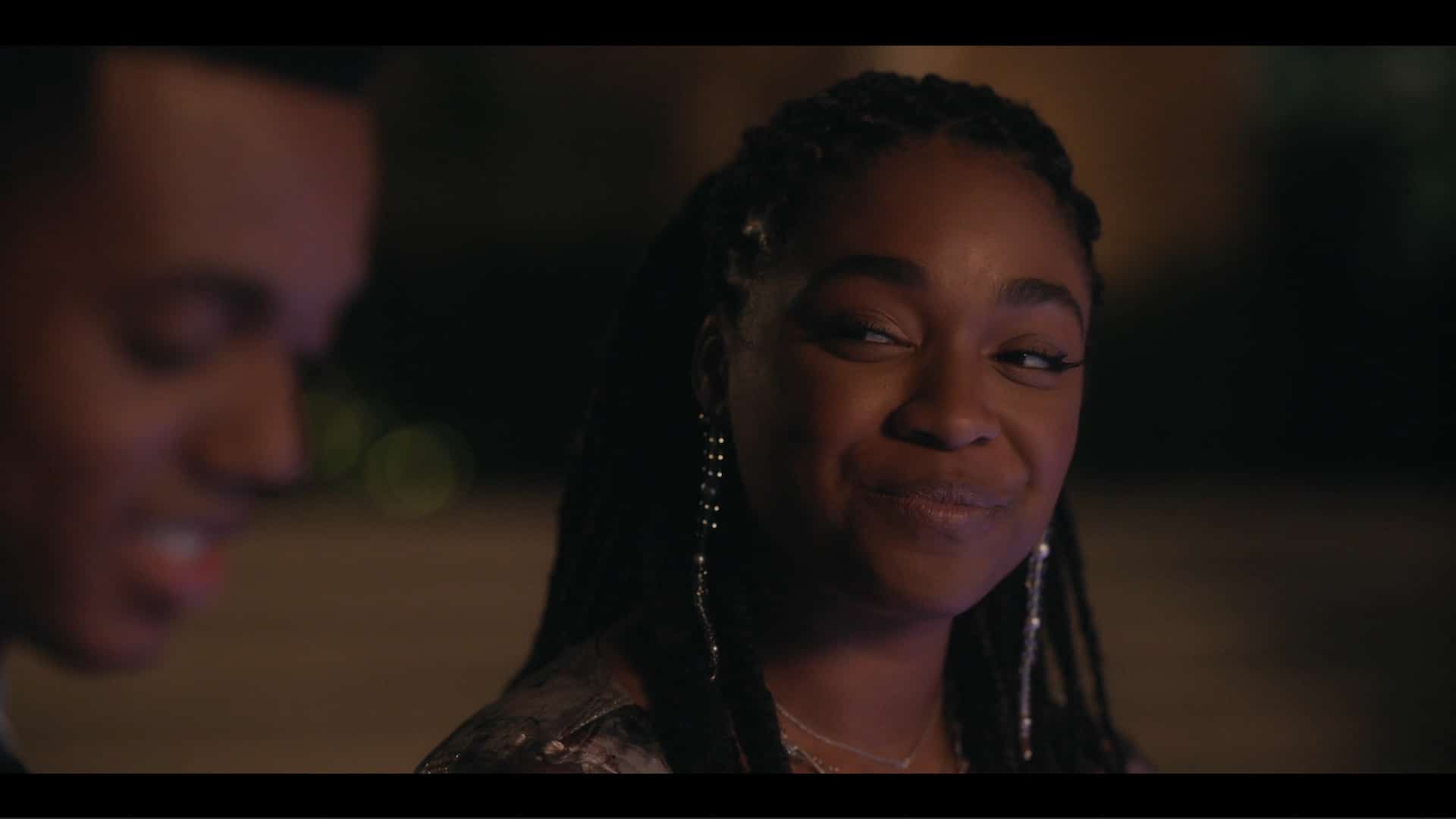 Like Carlton, Lisa has so much potential that I think gets limited because of Will. She is training to be in the Olympics one day, reveals she wants to go to Howard, and has a whole life and backstory beyond Will and Carlton’s desires for her. Yet, it seems whenever she gets any notable development, she is dragged back to being someone’s love interest. Now, this isn’t to say she can’t be Will’s girl and pursue all that she can be. It’s just, increasingly, I feel the need to question if being in a relationship, or shown as desired, for any female character on this show is beneficial?

The only one not dating is Hillary, and I’d submit she has the best storyline amongst the women. With Ashley in second, mainly due to the scarcity of queen teens of color. As for everyone else? There is a need to question the end goal more and more each episode.

Bel-Air: Season 1/ Episode 6 “The Strength to Smile” – Recap/ Review (with Spoilers)
Overall
While there is an increasingly high need to raise an eyebrow regarding how female characters are being handled, Bel-Air hasn’t lost its luster yet. However, it is starting to show signs that it could have kinks to work out that weren’t noticed before.
Highlights
Hillary and Ashley's Relationship
Viv, Mildly, Going Off On Angela
Phil v. Fred
Disputable
Will and Lisa
Carlton
Reid's Antics
The Influencer House Storyline
79
Follow Wherever I Look on Twitter and Instagram, Like us on Facebook, and Subscribe to the YouTube Channel.