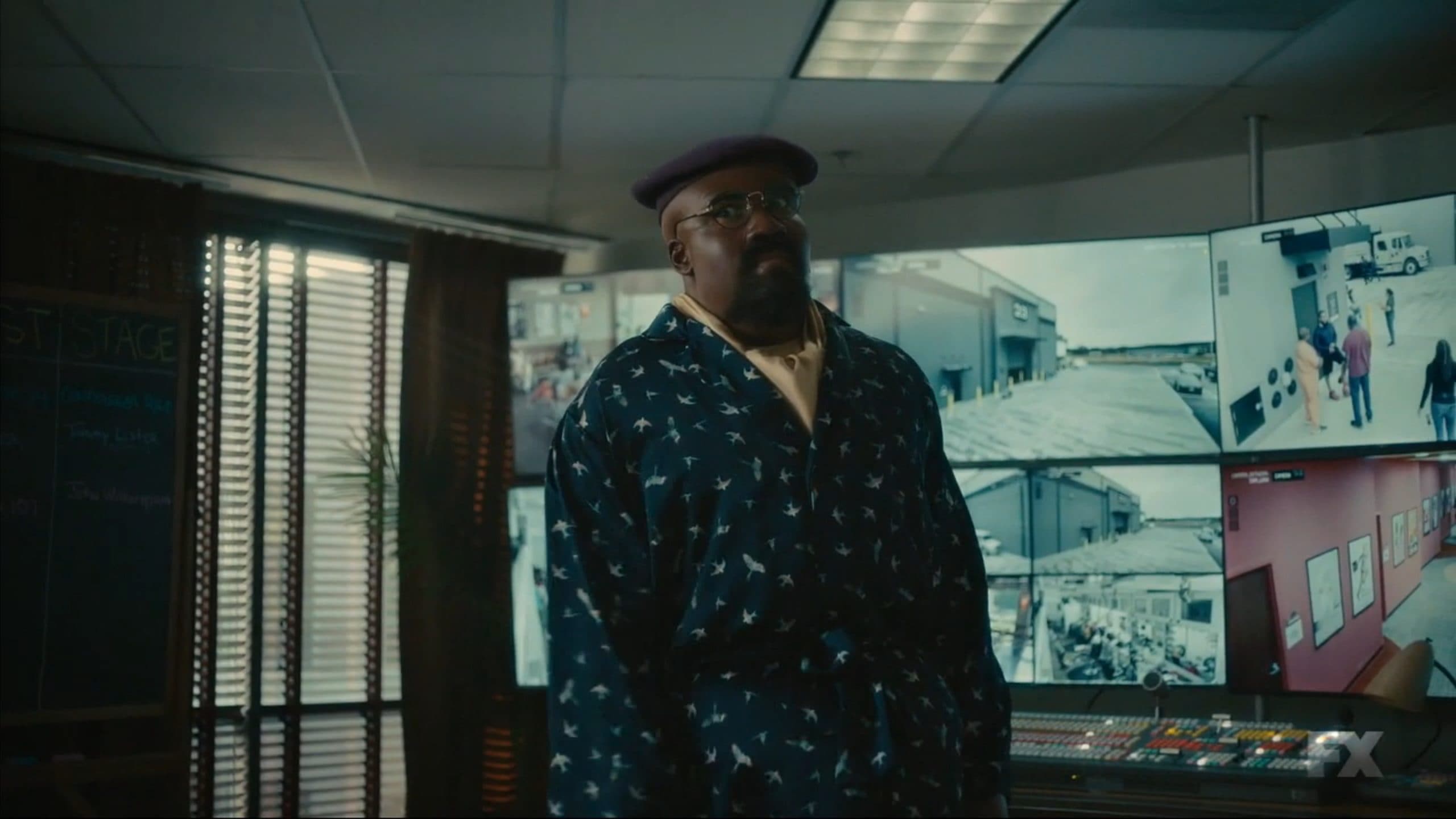 Can you really be a show that focuses on Atlanta, and Black culture, without bringing up Tyler Perry?

For some extra money, Van takes her friend up on an opportunity to do a bit part at Chocolate Studios, run by Kirkwood Chocolate. Lottie comes along because Van wants her daughter to see her work, and while things start off good, then it gets weird.

How? Van is working, doing her thing, and when an actor says the wrong thing to Van, Lottie tells him to shut up. With that, Van quickly tries to explain this is pretending, but the omnipresent Mr. Chocolate sees and hears what is going on and decides he wants Lottie in the scene.

This begins Lottie’s career as she is taken to set to set, with Van rarely knowing where her child is, and unbeknownst to Van, she finds herself in a Chocolate Studios production. Note, not on camera. But her storyline in this episode is proof that, while she may not like Mr. Chocolate’s output and may find it unrelatable, it’s only because she refuses to acknowledge she falls into the trappings Mr. Chocolate has built an empire on.

But, even with that acknowledgment, Van doesn’t appreciate or like the idea of Lottie getting sucked up into Mr. Chcolate’s machine, especially since he seems to barely be in control of it anymore. So despite Lottie’s protests, she takes her home, and thankfully, Lottie’s attitude about it fizzles once Van explains why she did what she did.

Critical, But Fair, Depiction of Tyler Perry and His Media Empire

Is “Work Ethic!” a dig at Tyler Perry? Absolutely. From noting how he can film so quickly, noting his control over everything, and poking at the quality of his scripts and wigs, it’s all there. But, on the flip side, it shows all the Black people Tyler Perry likely does give jobs and experience to. It reminds you that, while many of his films can seem over the top, unrelatable, and things of that nature, it isn’t like he makes productions for everyone. He has a set audience he seeks to appeal to, and if others decide they like it too, excellent. If not, why should he care?

On top of that, there was the excellent question, which wasn’t explored much, of the value of Black award shows. There is just so much covered, including the exploitation of child actors and how their parents are part of that. Never mind colorism in the industry, even when those behind the project are Black. Thus making this the kind of episode only “Atlanta” could make. Something biting but not cruel, and likely the type of thing you won’t ever see done in such a way again – for better or worse.