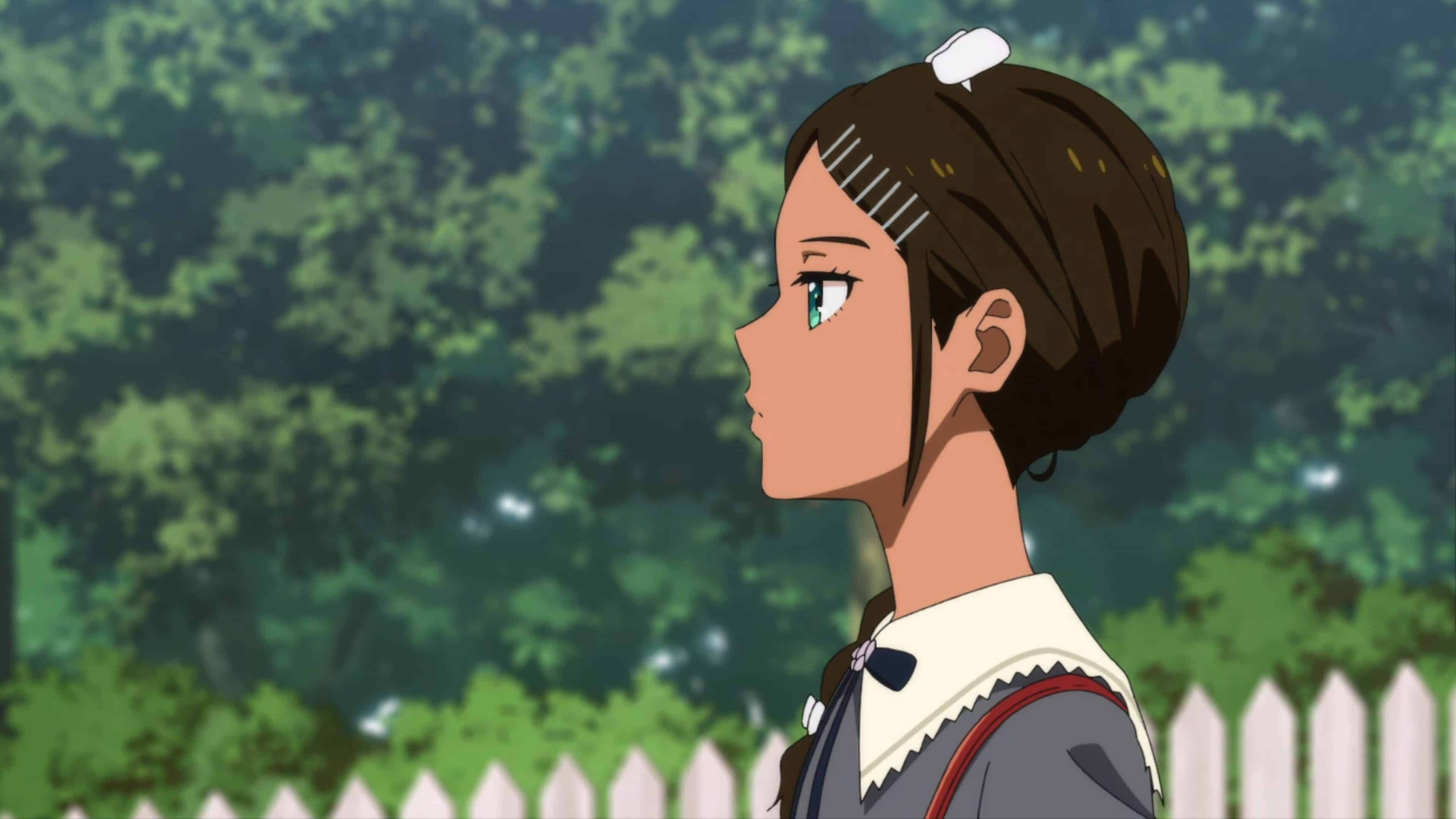 To the surprise of Ai’s mother, Ai now has multiple friends. She has Rika, who has made herself comfortable, Neiru, who is ultra polite, then this new girl Momo. Someone who is the niece of Mr. Sawaki, which is a factor in what the girls talk about. For when talking about Koito, Rika wonders if Mr. Sawaki did something.

As you can imagine, Momo denies this – immediately. But isn’t this the most likely theory? Take note, Ai doesn’t know why Koito killed herself but does know Koito was getting close to Mr. Sawaki and that Mr. Sawaki drew her, Ai’s, portrait, and Koito’s, and Koito even knew Mr. Sawaki wanted to be a painter. Thus, when it came to Ai’s participation in his work, she asked Ai to take it seriously. Now, whether or not this was just her appreciation of her counselor or a crush? That’s hard to say. All that we know for sure is they spent time together beyond the school day.

As the girls continue to chat, we learn Ai’s dad left her mom because she was too perfect – in Ai’s mind. When it comes to Rika, she sees her mom as toxic and awful, hence her parents’ divorce. As for Neiru? Well, she doesn’t talk about her parents but does about her sister, who she is trying to save.

So, what happened? Well, her sister stabbed her, leaving a rather notable scar, ran away, and jumped off a bridge. Which leads to the conversation of, why are we saving these people? That is started by Rika, who is growing tired of risking her life, and seemingly feels that they are all better people now, made friends, and have grown, so, trying to revive someone from their past, it’s just like, why?

However, it seems she might be alone in this feeling, and with the eggs connecting them, she may not abandon the fights just yet.

Finally Learning Something About Neiru’s Sister 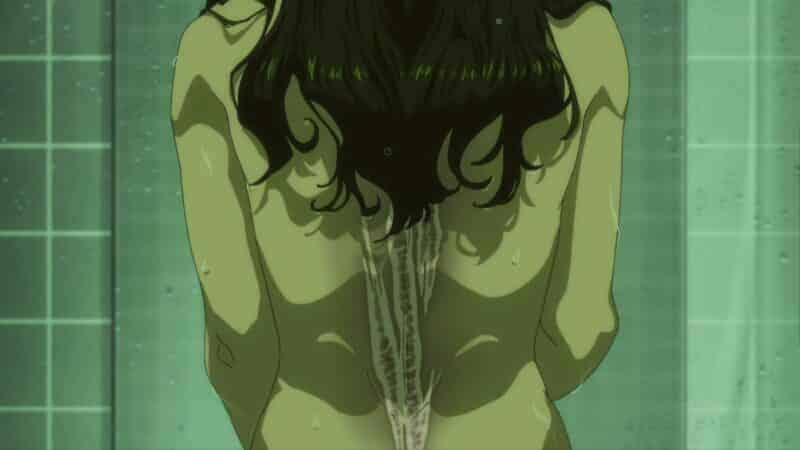 Unfortunately, we don’t see Neiru’s sister or learn that much about her, beyond them attempting to murder Neiru. But considering how much we learned about Rika and Momo while Neiru played the private type, I’m glad she got to catch up. Here is hoping they continue to develop her because, with seeing that scar, which seems to be all across her spine, there has to be a story to tell. One likely dealing with money.

I felt so validated when Rika pushed the idea Mr. Sawaki could have been the reason Koito died. Yet, with Rika presenting that theory, it makes you wonder if that’s a sign that it may not be true or that she should be given more credit for picking up on things than we expect from her?

And granted, Mr. Sawaki could just be young, attractive, and didn’t have strong enough boundaries with the girls he was supposed to counsel? It’s hard to say, but with Rika saying he comes over in case Ai has dirt, or maybe as a subtle threat (my words), it really does make you realize Rika might be selfish, but she is by no means dumb.

Rika’s Feelings About Continuing With The Eggs

With each of the girls, there is a gap of information. With Rika, we don’t know how she became an idol and what happened after her friend committed suicide. Also, why she isn’t an idol now is also questionable, alongside her home life.

The same goes for Neiru. She is the president of a company, not close with her parents, and is either emancipated or her parents just leave her to her own devices. Then with Momo, while we know so many girls have fallen in love with them, and only one befriended them for who they are, their androgyny and being Mr. Sawaki’s niece is the only information we have. That is, outside each girl could have used a friend, and, as Rika says, they have that now. So why continue to dwell on the dead who either didn’t give you the opportunity to help, Koito, tried to kill you, Neiru’s sister or did something selfish, in the case of Momo’s friend?

Her push to move on may sound callous but, like with the Mr. Sawaki theory, it addressed the elephant in the room. Why get beaten, battered, and put into the ICU on the assumption that, after saving enough eggs, fighting enough monsters, this person will be brought back. There is no proof they will, and all you know is these two weird puppet looking things, clearly with powers, could do something, but they have yet to prove you are doing anything more than giving them money.

Rika's Feelings About Continuing With The Eggs - 86%

Finally Learning Something About Neiru's Sister - 82%

We finally get some information on Neiru's sister, a theory about what happened to Koito and Rika? Well, she presents the idea her thoughts should be taken far more seriously.