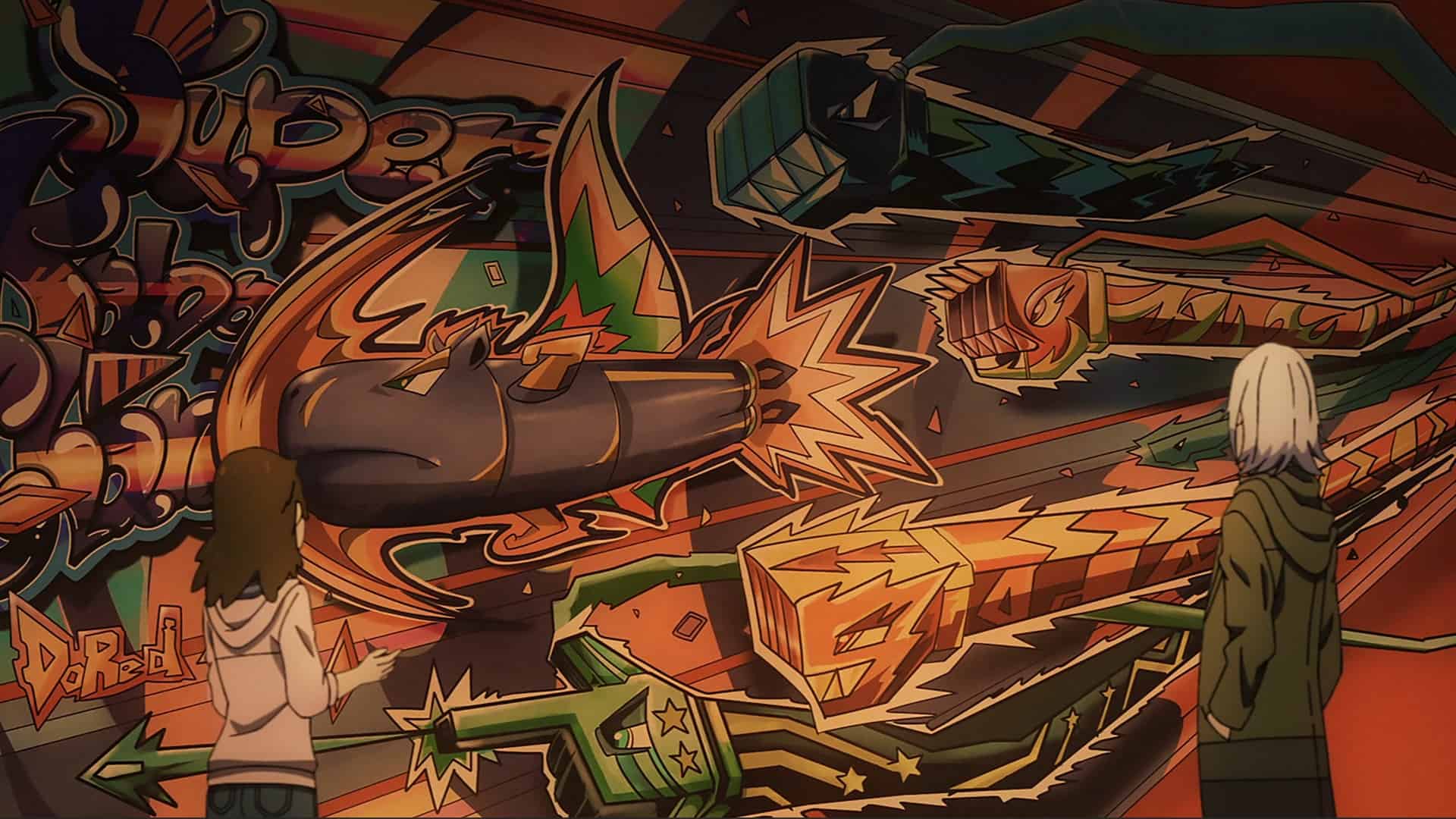 As RGB mourns their mentor, they all find themselves in the Shantytown, where a new drug is starting to emerge as a serious problem.

With the death of Kaba over their heads, both Shuta and Kozue carry that weight with difficulty. For Shuta, it becomes increasingly difficult to be that hero persona if it means potentially losing those he loves. As for Kozue? Well, lest we forget, this is the second person who died protecting her. So with that in mind, she wishes she died instead.

But, she does find some peace in Ran’s graffiti pieces dedicated to her dad. Also, despite her disappearing into Shantytown, luckily, when Shuta can’t keep up, a DoRed member, Kunai, finds her. Granted, before he becomes part of the latest Trolley situation, but more on that in a moment.

Shantytown is considered not only an eyesore but an economic opportunity. Hence why Mayor Suido is working with a Casino King, Mr. Howard, on possible redevelopment. However, how do you take out an area with a notable amount of people and far too many to simply strip the rights away with buying up properties? A drug. At least, that seemingly might have been what Mr. Howard does as we learn about the rise of Drug D.

Now, what does Drug D do? Well, based on DoRed members Lucky, Yamamori, Kinako, and Ran’s experience? It makes a person quite violent and able to take on quite the pounding – almost to zombie levels. Also, according to Mr. Chikushi, the highly addictive Drug D causes loss of judgement and heightens a person’s tendency towards violence.

With that in mind, Koki and Chikushi find themselves investigating the drug and finding the source. This leads to Koki running into Shuta, as he tries to follow Kozue, and them both running into Ran, who is from Shantytown.

With all three young men in the same area, and with what Mr. Howard is trying to do, so triggers a new ultimatum situation. One in which Kunai, a member of DoRed, has to be killed, or the wealthy on a cruise ship will die due to a terrorist attack carried out by Kunai. It is cut and dry for Koki since terrorist means villain. However, with Ran knowing Kunai and needing more details, it isn’t as straightforward for him. Thus, Shuta may find himself torn between two of his friend’s points of view and potentially dealing with yet another death on his conscious.

The Question If Working Together Will Be Enough

Working together for the situation that saved Mari allowed a third option. Yes, for Mayor Suido, it did lead to some issues, but overall it led to no deaths. When it came to the GourFest casualties, because everyone was doing their own thing, and it conflicted, people died. So, there comes the question, with it seeming maybe two out of three might agree on an approach, will that be enough to save all parties or do all three have to be in agreement? 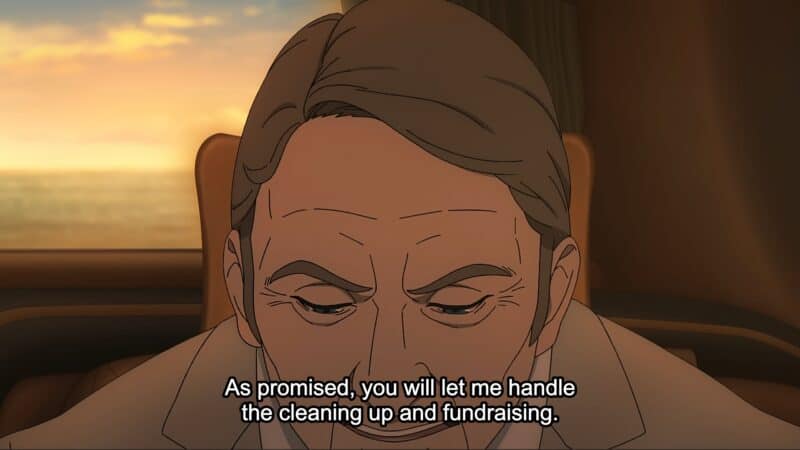 Shantytown has been mentioned before, but it almost seemed like a ward of its own which may barely get touched upon. However, with noting Ran is from there, seeing him talk about a building’s elevator usually being broken, and us really getting to traverse through the area a bit, it seems notable now. I’d even say it comes off far more interesting than the rest of the ward.

Ran always comes with a word. In this episode’s case, it is about how crime rates work. If there is over-policing, there will naturally be higher crime rates as the police seek out and assume crimes are happening. And because one leads to the other, numbers will continue to go up. It’s a simple few lines, but considering not a whole lot of anime that we watch, talk about political matters, this was quite interesting.