It’s the end of Fushi’s time in Jananda, which comes with the question of whether he will leave with more trauma than ever or not?

What is Hayase’s deal? From killing March and Parona, to constantly threatening Tonari’s 14-year-old life and even being ready to assault Fushi, Hayase has been weird. Well, she finally reveals why and it isn’t because she thinks Fushi is God’s gift to humanity, but because she loves him in the most unhealthy way possible. Hence, she is willing to track him down to the ends of the Earth and kill children, whatever is necessary to convince him that she isn’t going anywhere.

Which Fushi rejects, so using the knockout serum Hayase uses on everyone, he knocks her out and handles the rest of the Nokkers, including what remains of Tonari’s friends.

With the Nokker threat over, for now, it is time to rebuild, and with so many valiant fighters dead and many injured left behind, the people of Jananda are at their most vulnerable. Because of this, it seems Tonari is able to begin a transition from the Jananda of yore which was harsh, destructive, and callous, to something resembling the society she always dreamed of.

Now, how exactly will she maintain this society on what still is very much a prison island? That’s hard to say. But with people investing in her vision, maybe this dream will not only come into reality but won’t fade away?

The Next Chapter – Fushi, Tonari, Hayase

Fushi is well aware that when he stays anywhere too long, Nokkers follow, so after Nokkers killing Tonari’s friends and making zombies rise, he knows it is time to leave. This is, of course, bittersweet for Tonari, but she knows Fushi has to go. It is weird that Fushi is taking Hayase with him, but he did have a plan for her, maybe. 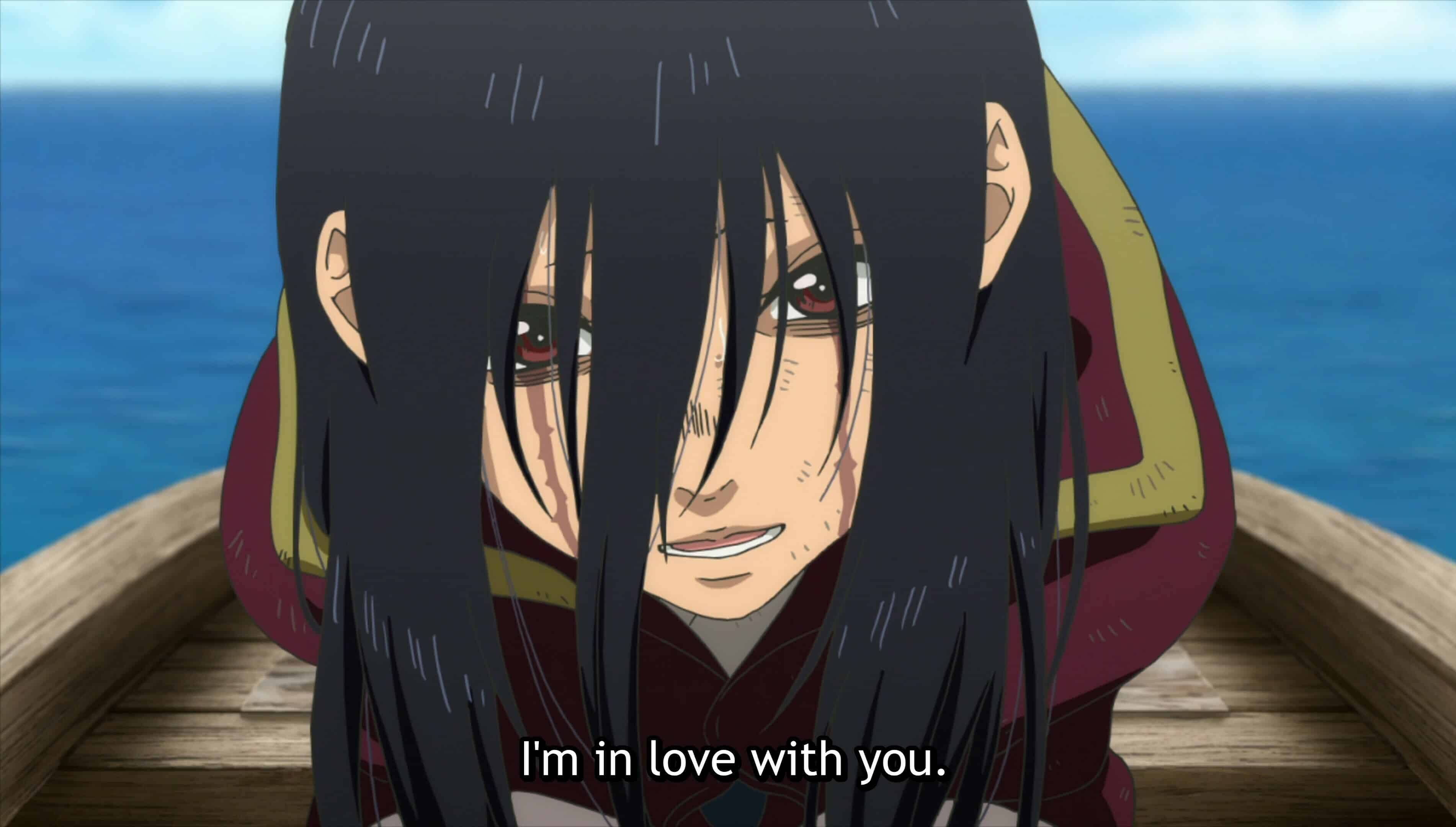 However, with her confessing her love and desire for him to kill her so she could be eternal and yet another figure he can become, Fushi leaves Hayase tied up in the middle of the ocean. Which ends up causing her to be absorbed by a Nokker, something she could fight off if only she wasn’t tied up.

But that’s a problem for another day as Fushi hits a port town and is ready to continue his journey.

Not Killing Off Tonari

By not killing off Tonari, it feels like the show not only broke a cycle but also made it seem that Fushi can leave places in a better state than when he arrived. For with March’s death, there was a family in mourning, and the likelihood Hayase used the Yanome army to harass and defeat members of the Ninannah villages. Gugu’s death led to the destruction of Rean’s home and left a community shaken. So while the Nokkers did cause some destruction in Jananda, at the same time, the people are far more a community now than they have ever been. They provide each other food, medical care, and while it isn’t clear if the tournaments will end, at least for now, they aren’t on anyone’s radar.

Anyone else feel weirdly bad for Hayase? Granted, she killed a child, Parona, threatened Tonari’s life multiple times, but there is a certain tsundere vibe to her. One that made you somewhat admire her owning her crazy. Plus, of all the people Fushi could become attached to, honestly, she might have been the one he could have learned from the most. She is the only person he was around that was skilled in combat and in terms of love, while her’s was toxic, we’ll admit, I think with Fushi learning about familial love, romantic love would be beautiful to see come next. 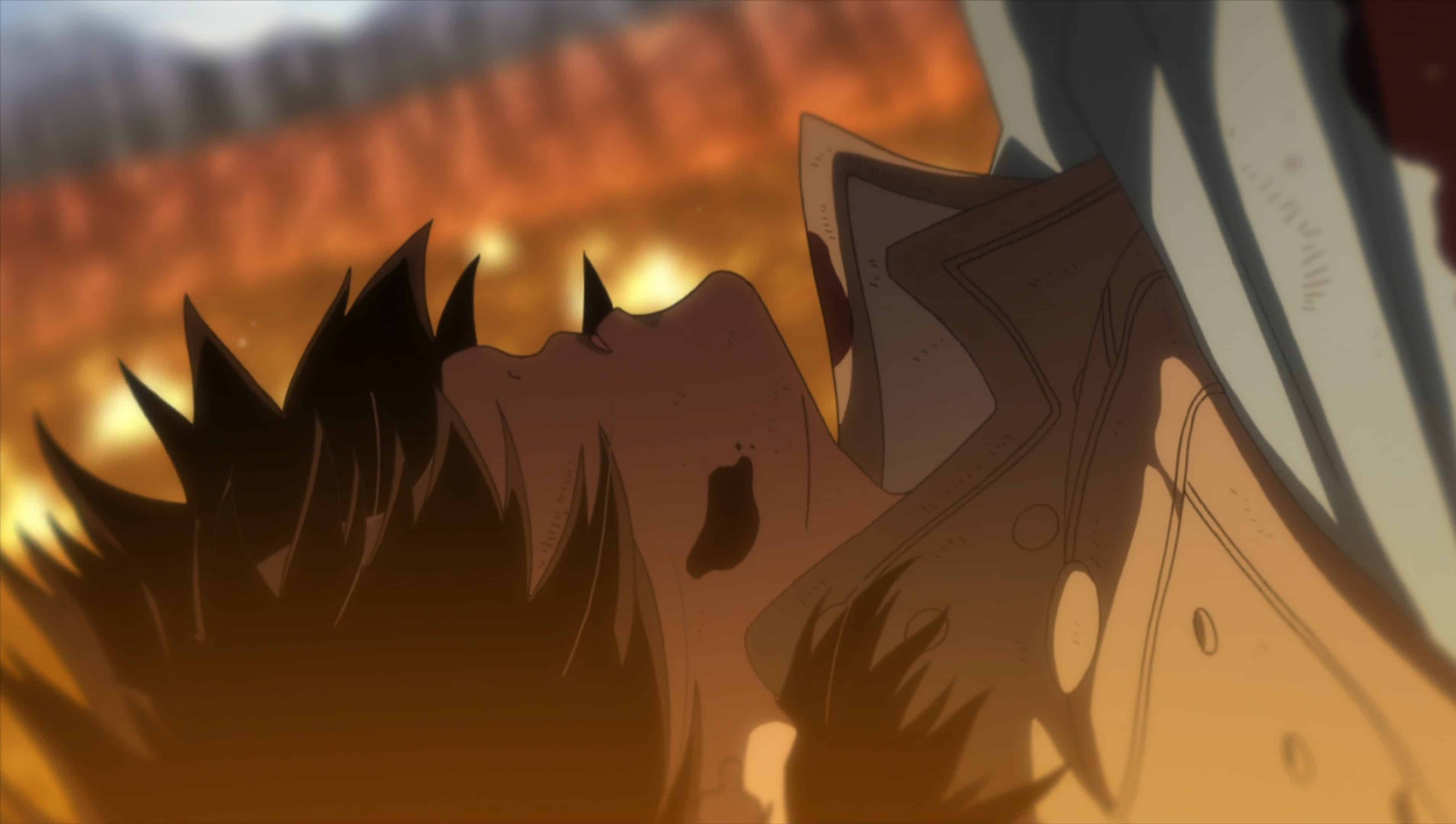 To Your Eternity: Season 1/ Episode 19 “Wandering Rage” – Recap/ Review (with Spoilers)
Trajectory: Plateau
In what might be the penultimate episode of the season, we get a nice conclusion to the Jananda Island saga while setting up Fushi’s next adventure. However, while the cycle of introducing characters, developing them, and killing them off is broken, I can’t say the lull the show has been in since it shifted to Jananda is gone.
Highlights
Not Killing Off Tonari
Hayase
Disputable
82
You Might Be Interested In