To Your Eternity: Season 1/ Episode 18 – Recap/ Review (with Spoilers) 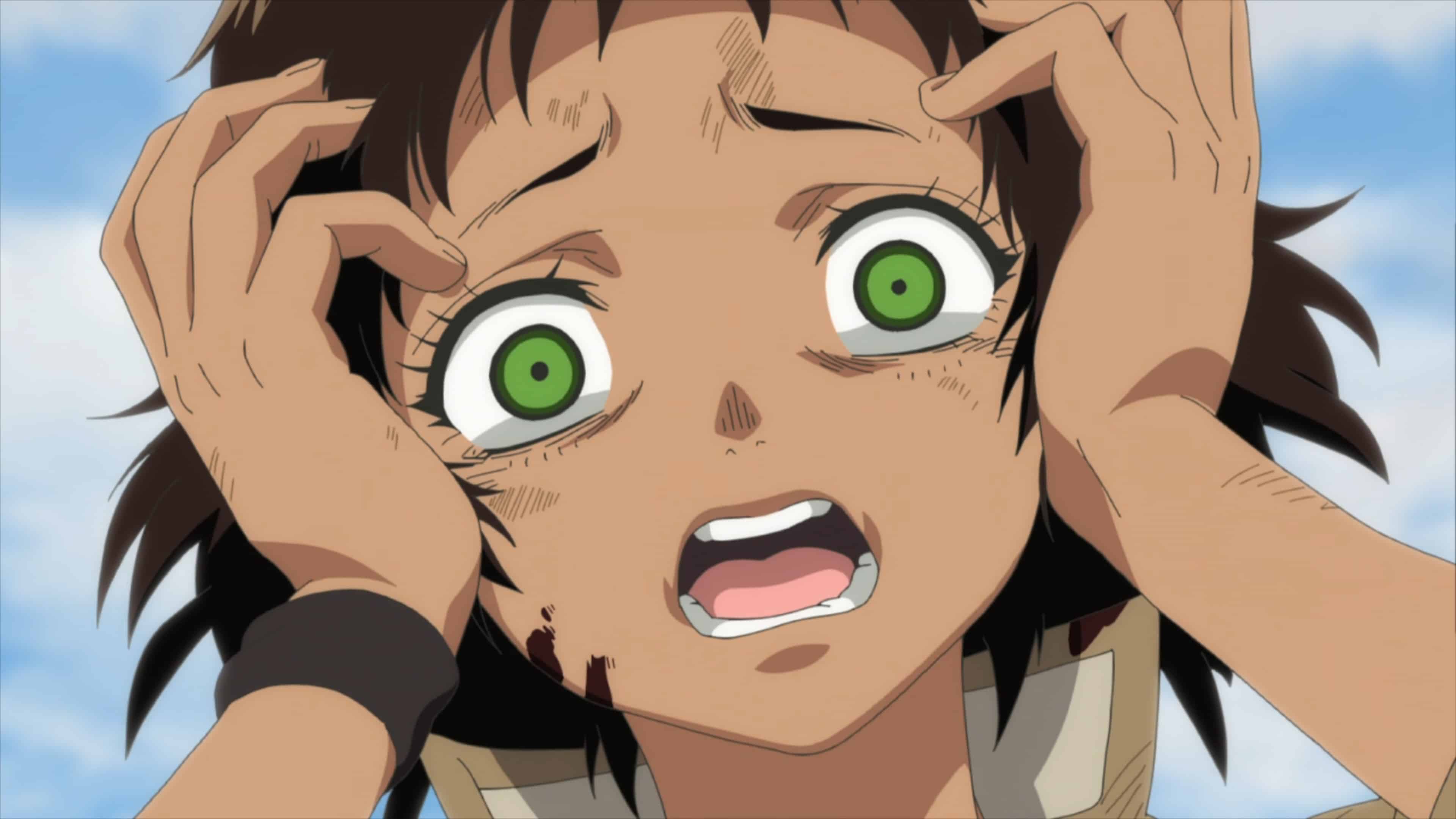 The Nokkers return, and with seeing Fushi had strength in numbers, it decides to take the same approach.

Can’t Leave Without You – Tonari, Fushi

Tonari coming back for Fushi is a shock and not fully appreciated. He thought he sacrificed himself valiantly so her and her friends could escape, yet here she is, trying to rescue him. So, with both parties free, the original plan was they would leave together the following day. But during the night, they talked about God, parents, and Tonari admits her dad probably did kill her mom, and he was as bad as others painted him to be. Which is hard for her, but it seems she has long come to accept it. She just didn’t want to admit it out loud.

This Is All Too Much To Ask – Tonari, Fushi, Hayase, Kansatsusha

Just as Tonari and Fushi were supposed to leave, Kansatsusha shows up and tells Fushi the Nokkers have arrived, and off he goes. Because of this, Tonari decides she needs to join Fushi, and her friends end up showing as well. This ends up a huge problem for the Nokkers are rising some underground, and by penetrating Tonari’s friends, it takes them over. Leaving only one left human, while the rest are zombies.

Oh, and I should add, all those bodies in the pit where the Janandian people throw their dead? The Nokker takes those bodies over too, which means Fushi is quickly becoming outnumbered, and thanks to losing his default form and quickly losing others, it seems this might be a real uphill battle. Luckily, one which Hayase might be able to help with, but who knows at what price?

If there is one thing we enjoy about the Nokker or Nokkers, they always come with something new to force Fushi to step up and evolve. They took his forms previously, were strategic in their attack, yet eventually lost. So now they are taking the form of humans, children, as well, and with that have found a line Fushi may not be willing to cross. And it is just their strategy of consistently finding Fushi’s weakness, and killing indiscriminately, is why they haven’t gotten old yet. Even though they have no personality and are purely about destruction.

There is a reason I have yet named any of Tonari’s friends, and it is because they just never seemed that important. This is why their deaths have little to no effect, and honestly, it makes me think the show might be at the point where it can kill off characters, and all that does is make us hunch. But what you expect when you use the same formula multiple times and then with Tonari? I want to like her because she is a little brown girl in an anime, but when you compare her to March and Gugu? It feels like we got the bare minimum, if not an eye-roll-worthy sob story that just wasn’t given all it needed.

To Your Eternity: Season 1/ Episode 18 – Recap/ Review (with Spoilers)
Trajectory: Plateau
While the Nokkers deserve praise for always making notable comebacks, at this point, Fushi being immortal and his friends not being so doesn't have the same effect anymore. Him seeing them die, get maimed, or turned into Nokkers doesn't bring tears to our eyes or a sense of shock. They are but memories.
Highlights
The Nokker Stepped Up
Disputable
Whose Dying
80
Follow Wherever I Look on Twitter and Instagram, Like us on Facebook, and Subscribe to the YouTube Channel.