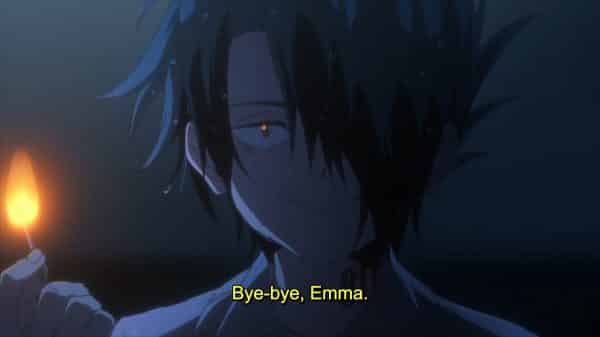 The kids finally escape but as for how, with who, and how they deal with Isabella, you may not have guessed it.

After two months of virtual silence, Ray and Emma meet up once again and reveal their plans to one another. Ray’s dealt with starting a fire to allow a big enough distraction to keep momma preoccupied as she ordered everyone out to safety – including the babies. Then, to keep her from just abandoning the house, he’d be set on fire too. Also, for good measure, molotov cocktails would be thrown towards other plants to really cause disarray.

However, that plan doesn’t happen. For one, Emma doesn’t allow it for letting Ray die for her sakes, and the others would be too much to bear. On top of that, Norman, in his brilliance, realized that is what Ray would do and came up with an alternative. One which would use the fire idea Ray came up with but not the self-immolation. Instead, thanks to Emma expanding those in the know, a team effort would be made so that it wasn’t just on all the older kids. An idea Emma had.

Making it so, since Sister Krone was around, the number of kids who knew grew, and they were allowed to do things the older ones couldn’t because they were being watched. Thus allowing Emma to stop Ray, proceed with Norman’s plan, and escape.

What probably wasn’t expected though is for the plan to go so well. Yet, let’s not forget things were made to do so. To recreate the burning smell of a person, hair and meat were donated or given, on top of clothes. Emma, who has long healed, was meant to seem still like she was weak and messed up. Add that in with a masterful performance for Emma, and cutting off Ray and her ears, and things were going well. 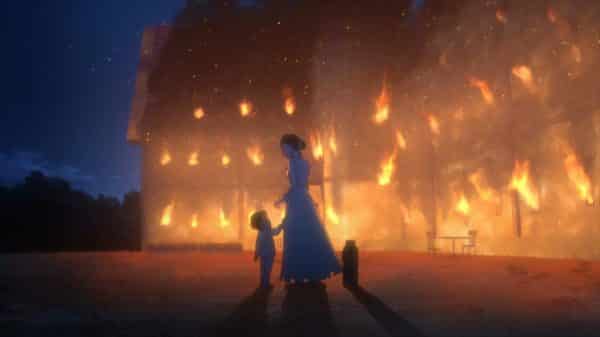 But, Ray noticed they were going too well and with no Gilda or babies, he realized what Emma did – she left people behind. This is shown as Phil tugs on Isabella’s apron moments before she is ready to dash off to get Emma and Ray. Leaving us to wonder if the kids may truly escape and what may, if anything, be done for those left behind?

There is a constant need to remind oneself that these children are all barely 11 or 12 years of age. They haven’t experienced much and yet some, like Ray, are willing to set themselves on fire to save and protect their family. Also, for 6 or so years, Ray has lived with a secret, been a co-conspirator with a monster, just to survive and protect certain members of his family. Can you imagine the toll and how mentally, if not emotionally, he is hanging on by a string to function?

So in a way, as much as the sacrifice might have been for the others, it seems what Ray was also looking for was a suicide so he could be free of his guilt and shame. A powerful thing for a 12-year-old to come to and it’s hard to not be left uncomfortable by the idea as well as feeling bad for a kid willing to sacrifice his life in a rather painful way.

Emma’s mental state also deserves to be noted for whether Gilda is to do a second round of escapes or not, Emma had to leave kids behind. As you can imagine, this guilt of leaving kids, who could very well be slaughtered while young, has to weigh on her. Yet, something broke her staunch position of having to have everyone. Be it Ray breaking through, Norman, or her growing up and realizing she can’t save everyone and can’t convince all parties that said idea could work.

Leaving you to wonder if we may learn how she justifies this to herself and if there was a plan made for those left behind? Nevermind, has she made a personal plan for herself in case that plan never happens and she ends up a lucky one and the rest slaughtered?

What Is To Come Next 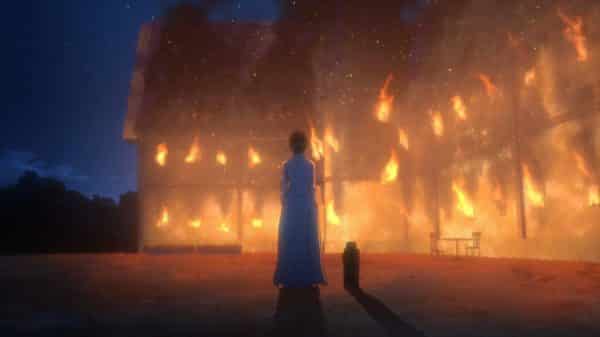 The next episode is the last one, and unless a movie or OVA is made, that likely will be it. So there is the need to address if the kids who are escaping make it, are there rebel forces, and what will happen to those left behind? Not just on the farm we know, but the others as well? Not to forget, there are the monsters who we know little about, the men who seem to work with them, and what will change with one of the few, possibly first, major escapes?

To say this episode doesn’t raise expectations for the finale immensely would be an understatement.