Wherever I Look
Recaps, Reviews, and So Much More
Home Anime The Ancient Magus’ Bride: Season 1/ Episode 23 “Nothing Seek, Nothing Find” – Recap/ Review (with Spoilers)
Anime

Joseph and Cartaphilus, they are two different people, have their shared past explored as a rescue effort begins for Chise.

Table of Contents show
1 The Rescue Effort Begins: Elias, Titania
1.1 Commentary
2 In The Shared Mind of a Psychopath: Joseph, Cartaphilus, Chise
2.1 Commentary
3 I’m Not The Only Person To Save Here: Chise, Joseph, Elias, Ruth, Marielle
3.1 Commentary
4 Highlights
5 Low Points
6 On The Fence
7 Follow Wherever I Look on Twitter or Like us on Facebook.
7.1 Previous Episode’s Recap

Elias, abandoned and lonely, finds himself crawling about the outskirts of his home crying out for Chise. Something which has started to disturb others to the point Titania’s knights are ready to take Elias out. However, despite him being between worlds, Titania still considers Elias her child and wants to help him be happy. So, using her powers and connection to the Goddess Morigan, she stretches her being across nature to find where Chise is and enlists help in case they find Chise in a dangerous situation.

Can we just pause real quick and acknowledge how Oberon spoke of Titania’s former lovers. How when she took her eyes off them they died. Was that because they were human and she is immortal or between him and Spriggan, they were killed? Because with the conversation of how faeries love vs. humans sounding very possessive, it really pushes you to wonder if, ultimately, because Titania claims Elias, and because he claimed Chise, that is the only reason she is helping. Not because they truly give a damn about Elias, but because they still want Chise to never leave the faerie world and Elias dragging and keeping her down there could give them what they want. Versus letting her die.

In The Shared Mind of a Psychopath: Joseph, Cartaphilus, Chise

Yes, Cartaphilus isn’t Joseph name from eons ago but a completely separate person. One who supposedly threw a stone at the son of god and son he was cursed with pain and immortality. As for Joseph, he was just the son of a gravedigger and perhaps a witch. Someone who, even in childhood, practiced in mixing things together. It is just, back then, it wasn’t body parts but herbs and berries. However, with his dad gone and mom gone, finding Cartaphilus and him asking for help, it gave Joseph a higher purpose. It made it so he felt he belonged and wanted Cartaphilus to get better so they could run away. Problem is, Cartaphilus can’t get better so it somehow got decided they should merge together. Don’t ask how that happened since it doesn’t make sense. It wasn’t simply taking Cartaphilus’ body parts but them, perhaps, merging souls. Which now Chise understands and Joseph is quite upset about her knowing and forcing him to remember. Leading to them having a bit of a fight until Titania and half of the major cast we have met showing up. Sans Angelica and the priest.

Thanks to Google, it becomes clear Cartaphilus is an actual figure which struck the son of God whose curse was to live until he was reborn. Which, considering the whole resurrection thing, does make it seem Cartaphilus didn’t get to die on a technicality but will have to wait until the end of days. But with that noted, again it kind of makes me hate how so much of The Ancient Magus Bride is based off various lore but not really dived into. And while you can google it, and Anime News Network did an interesting feature to go into some of the legends and myths in the show, I can’t get over this being a 24 episode show which doesn’t dive much into any being or thing going on.

That thought aside, I’m really wondering how Joseph and Cartaphilus merged. It wasn’t by Joseph’s usual method of combining body parts, but it seems their souls did. How was that allowed to happen? Especially since, at the time, Joseph wasn’t necessarily a bad person. We didn’t see him do anything horrible so why was he allowed to merge with a being cursed by the son of god? It just doesn’t make sense.

I’m Not The Only Person To Save Here: Chise, Joseph, Elias, Ruth, Marielle

As Joseph releases his abominations to fight Chise’s rescuers, he is still wrestling with the memories long suppressed and thought forgotten. Leading him to eventually leave the situation and Chise chase after him. Not too long after Elias and Ruth following suit.

As this goes on, Chise runs into Marielle who is in some trouble for going against coven rules. Seemingly because of something dealing with Chise. Leading her to assist in chasing down Joseph and what may be the final confrontation. 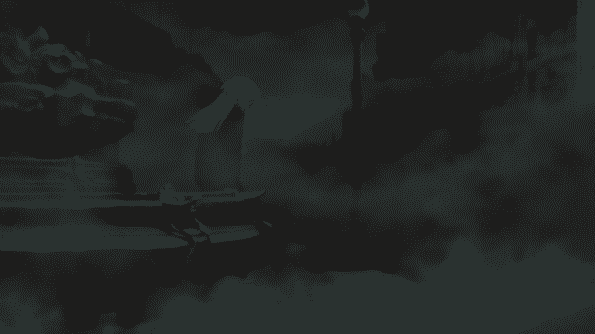 I assume what got Marielle in trouble is the spell she told Elias to do in order to force Stella to take on Chise’s curse. But, all things considered, what is the goal here with chasing Joseph? Are they going to try to split him and Cartaphilus? Maybe cure Cartaphilus of his curse? In the end, I’m expecting Chise’s 18th birthday party but what is going to happen before that, and if they can pact in 25 minutes solving Joseph’s issue, reconciling with Ruth and Elias, and Chise’s birthday party seems to be a bit much. Which does make me wish, like most anime, they didn’t put all the weight of the show towards the end and kind of meandered through the middle and seem aimless.

This anime really has focused in on Chise, Elias and later Joseph. Other characters barely get any real screen time making it hard to know all that much about them or their motives.

Or truly appreciate their part in the show. That is, outside of giving Chise a sense of community and feeling worthy.