Wherever I Look
Recaps, Reviews, and So Much More
Home Anime The Ancient Magus’ Bride: Season 1/ Episode 10 “We Live and Learn” – Recap/ Review (With Spoilers)
Anime 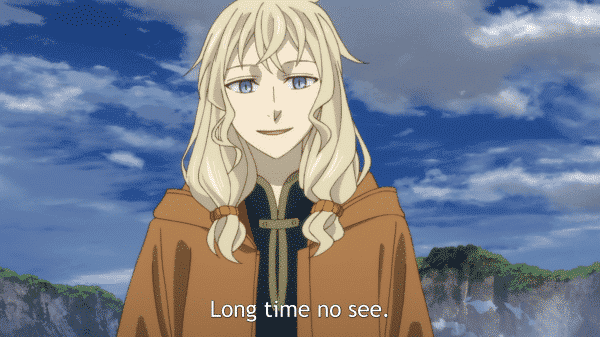 Lindel begins to reveal Elias’ past to us, alongside a bit of his own, and it seems we’re at the good before the horror.

Previous Recap: Episode 9 “None So Deaf As Those Who Will Not Hear”

Table of Contents show
1 Previous Recap: Episode 9 “None So Deaf As Those Who Will Not Hear”
2 Spending Time With My Granddaughter: Lindel, Chise
3 Master Rahab and The Truth About Me and Elias: Chise, Elias, Rahab, Lindel
4 Other Noteworthy Facts & Moments
5 Question(s) Left Unanswered
6 Highlights
6.1 The Truth About Elias and Lindell
7 Catch Up or Follow Along: Here [External]
8 Follow Wherever I Look on Twitter or Like us on Facebook. 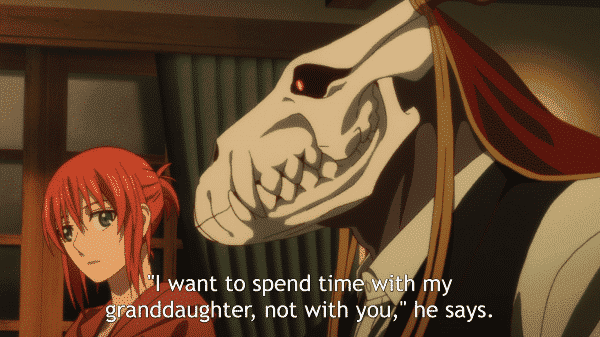 As most people do, there is some worry about Chise – especially in terms of her relationship with Elias. Hence why Lindel sends Selkie, this being who is between a human and seal, to go fetch his granddaughter for a one on one. After all, it is coming to the point where she needs a wand and she needs to learn some truths about mages, who he is and Elias.

So, he has her brought to the land of Dragons, has her cut a piece of the tree Nevin became, and they sit down, alongside Ruth, and have a chat. One which begins with revealing the kind of otherworldly mage he is, which is that of the healing hand people. Beings who can heal basic wounds, like the nicks Chise got from climbing, and falling, out of Nevin, but not mortal wounds.

And while eating, like Angelica did, Lindel openly talks about his worries when it comes to Chise and Elias. What, for anyone else, would be a red flag. After all, has any of Elias’ friends or associates not warn Chise about Elias at this point? I mean, it is repeated that due to Chise being abandoned by her mom, dad, and even her brother, Elias accepting her pushes her to just be thankful. Even to the point of being fine with the idea of him trying to “tame” her or even keep a watchful eye on her at nearly all times.

I mean, when all of your relationships have been terrible with people, what maybe questionable or bad for others is the best thing that could happen to you.

Master Rahab and The Truth About Me and Elias: Chise, Elias, Rahab, Lindel 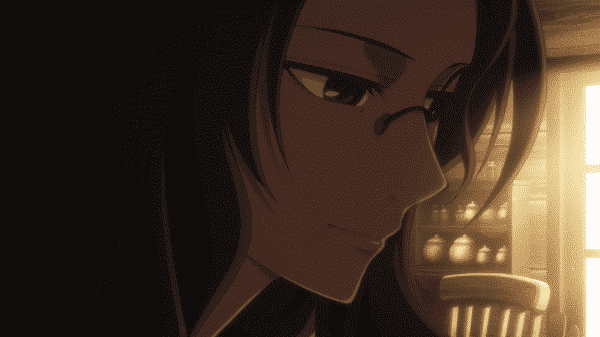 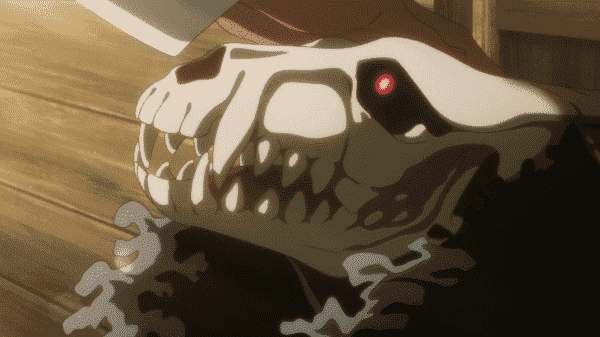 Yet, it seems Lindel, maybe like the others, might ultimately be fine with Chise and Elias being together. However, they want her to fully know what she has thus far blindly accepted. Hence why, as a bedtime story, Lindel reveals his and Elias’ origins. Of which include the origin of their names given by Elias’ master, perhaps mother in this adopted family thing, named Rahab.

You see, many like Lindel and Elias, beings neither human nor fairy, used to be nomads who’d wonder and perhaps ponder about their purpose till death. A death which seemingly didn’t come from old age as much as just perhaps giving up on living. Yet, Rahab, who looks more human than Lindel and Elias when he decides to look human, seemingly give some of the inbetweeners some kind of direction. For Lindel, she gave him a name and gave him some form of a home in her person. Someone to seek out and who would meddle in his life to show she cared.

As for Elias? She too gave him a name and assigned Lindel with being his master. A task he doesn’t necessarily cheer for, but he has already taken an interest in this wandering being, found nearly starving to death, so he accepts him as his acquaintance.

But this is but the beginning of establishing who or what Elias is. For with his past being mostly unknown to him, besides seeing red, there is a lot left to address.

The Truth About Elias and Lindell 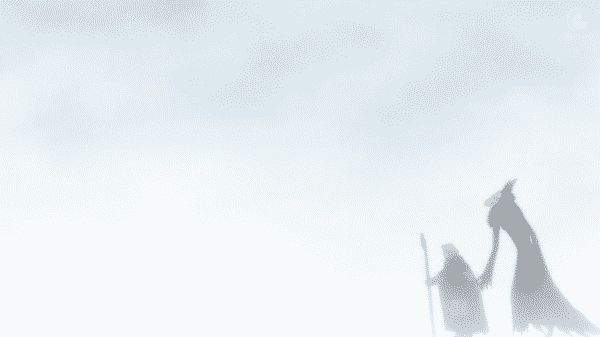 Though I know I have complained and will complain about how this show has such a slow pace, and it isn’t clear where it is going, I also appreciate how it uses its fairly large episode count. After all, most shows, especially anime, have 10-12 episodes and that’s it. So, within a half hour, since I don’t think hour long anime exists outside of OVAs, they have to pack so much and leave a lot of things out.

Which, like when it comes to shows like Princess Principal, you see this difficult juggling act of trying to give each character a backstory while pushing the narrative forward. Yet, in the long run, either leaving some things unresolved or putting us on a cliffhanger in hopes a second season might get financed. Of which, more often than not, that doesn’t happen.

Leading me back to The Ancient Magus’ Bride’s way of taking advantage of the rare privilege to really dive into nearly every character we meet. Including setting up some who, like Lindel, we meet one episode, and don’t see for quite a few. Thus really crafting this idea that these people have a complete life outside of what we see and it by no means revolves around our protagonist. Are they someone they love, hate, or have some feelings toward? Yes. But, like in the case of Lindel, he has lived hundreds of years before she came around and likely will live 100s of years after she dies. Why stop his life suddenly just for this girl? Even if she is a rare Sleigh Beggy?

But, getting to the point, the more we learn about mages, the fae, and those who bridge the world between humans and the fae, it brings further depths and question about the rules and lore of The Ancient Magus’ Bride’s world. Of which, honestly, we keep getting put off from knowing sometimes. Yet, it seems Lindel may finally give some answers. Not the big ones that even he doesn’t know the answers to, but at least illuminating who he and Elias are.

Of which, he kind of sidesteps a lot of the questions we may have about him and instead recounts Elias’ origins. Somethings that Oberon and Spriggan hinted to in “The Faerie Queen” episode – like his dark past, which surely is what seeing red is about. Yet, also how he got his name and how they came to be a family. For it was hard not to raise an eyebrow as Lindel referred to Chise as his granddaughter, much less make it seem Elias was his son. Especially since that would lead to questions of who is the mom or was it some asexual kind of reproduction? If not Elias being born out of an experiment.

However, from what it seems, with there being about 14 episodes left, maybe we may learn what birthed Elias, Lindel, and maybe even Rahab? Maybe we may learn how, despite having no memory of his past, Elias knew how to use his powers to shrink himself and eventually learned how to even masquerade as a human. Hell, maybe we’ll learn how old these beings actually are?

Plus, with us being reminded about Chise’s past life, here is hoping one day we really deep dive into that. For while the OVA touched upon it, her mother, and this brother and father she apparently has, haven’t been explored much. So, fingers crossed for the future.