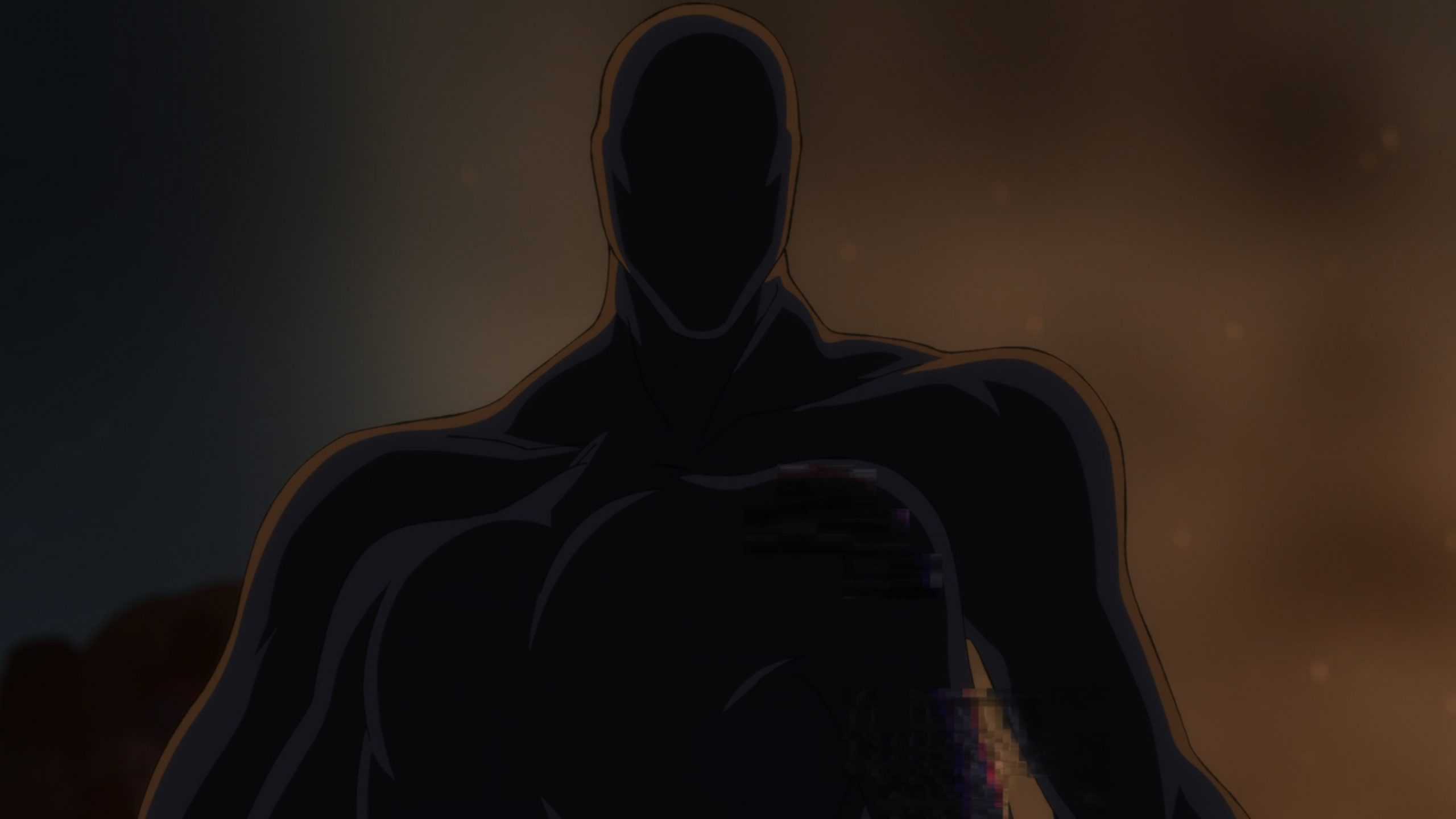 As the woman in glasses is properly introduced, so is the bad ending if Shinpei can’t figure out how to stop the being known as “Mother.”

Nearly the entire episode takes place at the foot of the stairs, as the now-named Nagumo Ryuunosuke, the famous novelist noted earlier this season, holds a shotgun. She reveals that to kill a shadow requires shooting their shadow, as they will simply regenerate if you shoot their doppelganger form. Also, shadows can be identified partly by trying to step on their shadow.

This information is good to know, but unfortunately, it doesn’t ultimately solve the situation at hand. Yes, Shadow Mio gets killed, but the being known as “Mother,” aka Haine, still arises thanks to this central shadow monster, and from Suo to Toki, one person after another dies, and then the shadow spreads, which kills almost 1000 people.

Due to what is at least a local apocalypse, Shinpei tasks Nagumo with killing him so he can go back in time, and once he does, he begins to plot the next three days – since it is now confirmed his ability to time travel is limited.

Haine consuming 1000 people, everyone Shinpei knows dying in front of him, combined with a possible apocalypse that destroys the world? It’s good to know what Shinpei is up against and the consequences of him failing. Especially when you consider preventing an event seems more likely than him identifying and killing every single shadow on the island.

Understanding How Shadows Can Be Killed And Identified

While Shinpei isn’t likely the type to hunt down shadows, and it is unlikely that Nagumo, on her own, could take them down, at least knowing that they can be killed and how is useful. We don’t know if, after killing a shadow, can it still become someone’s doppelganger, but baby steps. This episode was a bit of an information dump.

Summer Time Rendering: Season 1/ Episode 5 “Maelstrom” – Recap/ Review (with Spoilers)
Overall
In a largely informational episode, we get details of what the shadows' end game is, how they can be killed, and
Highlights
Understanding How Shadows Can Be Killed And Identified
Knowing The Worst Case Scenario
Disputable
79
Follow Wherever I Look on Twitter and Instagram, Like us on Facebook, and Subscribe to the YouTube Channel.