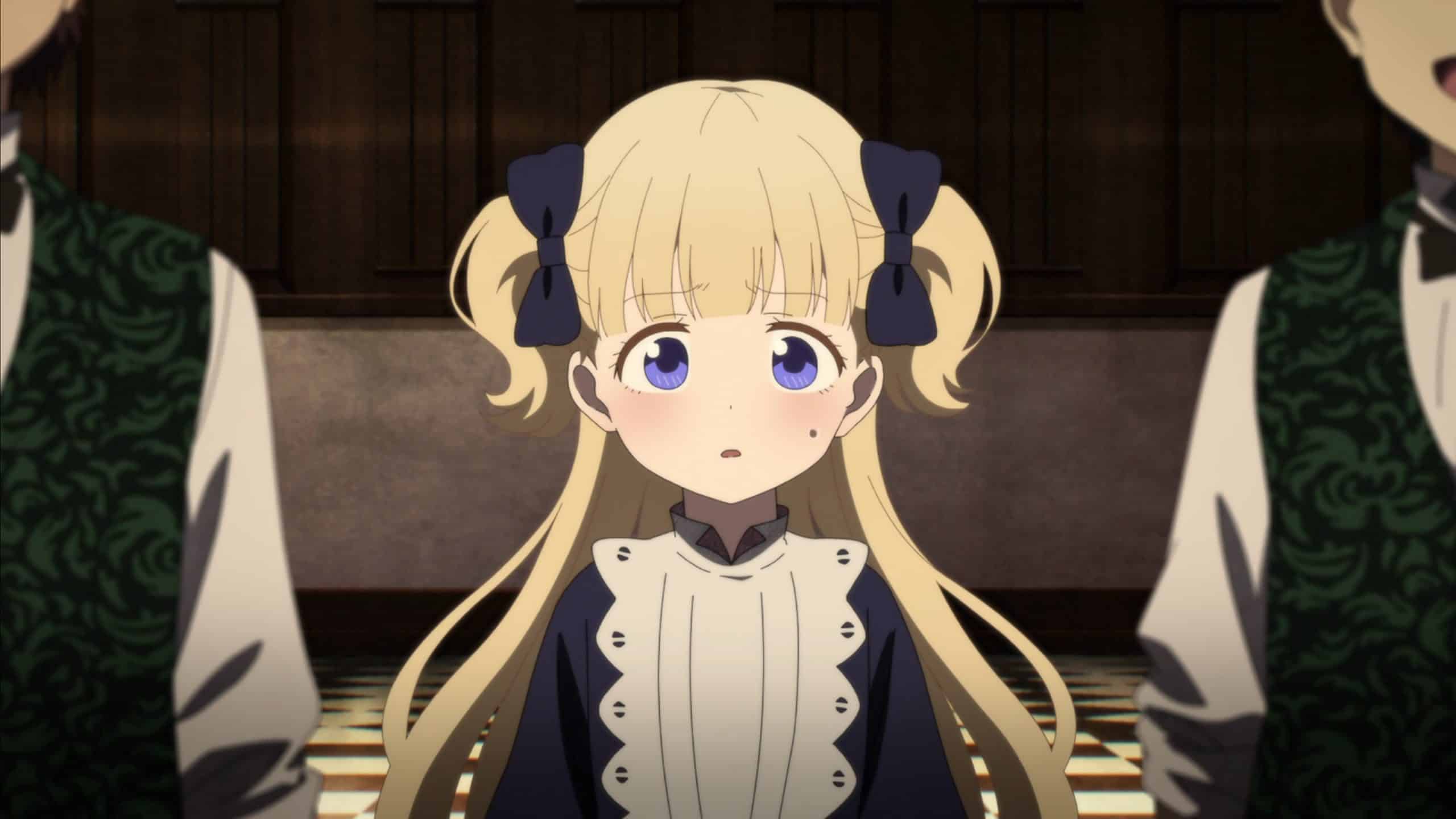 "Emilico anxious about drinking the coffee that is made to make her less inquisitive or rebellious," Shadows House, "The Best Star Bearer," directed by Miki Aoki, 2022, (Crunchyroll)

How Living Dolls are kept under control is revealed, as we come to understand the life and responsibilities of Star Bearers – Barbara specifically.

Being a Star Bearer is a position that is enviable because of the privileges which come with it, but the work to get and maintain it? As Barbara shows, it isn’t always worth the trouble. But, with being the one who emits a massive amount of soot, at the very least, her position doesn’t come from sucking up to anyone or having to be overly clever. Though maybe that would have been the easier route?

For Kate and Emilico, who now wish to join the elite, the question of how to do so is of top priority. But with Emilico and Kate both considered rebellious and not fully adhering to the rules, how can they accomplish this? Yes, Kate has an ally in John, but everyone else is hooked on Lord Grandfather’s soot coffee or power, so her allies are few.

But, with any luck, maybe she can convince the Star Bearer Oliver to maybe make something for her to gain the upper hand? Maybe Benjamin, a physical specimen, could become an ally? Heck, maybe the mysterious, “We mustn’t utter his name” Christopher, who could be the one wandering in a robe, might become the person Kate needs?

Until then, all she can do is rely on John, and hope to rescue her would be allies, and their Living Dolls, before their dolls addiction to their weekly dose of Lord Grandfather’s soot because it is unbreakable.

The World Outside of Kate and Emilico

From the mystery of who Christopher is and what happened to him to the life of Barbara, we got to see beyond Kate and Emilico’s perceptions. Now, was it necessarily in-depth and gave us a deep dive into the psychology of other Shadows? Not really.

However, as Kate seeks allies, it seems we’re going in the right direction with learning who these allies are, their individual motivations, and why they would ally with someone who clearly is asking for trouble.

The more we learn about Lord Grandfather’s empire and how he maintains control, the more the would-be villain drives interest. How did he start his family and even get the local human population under his control? Where do his powers stem from, and is he immortal? If not, has he chosen his successor, or will there be a civil war?

Also, if he is “Lord Grandfather,” then who is the person considered everyone’s parents then? Are those in his inner sanctum considered such? It’s a rather strange setup they have made, and when you add in wanting to know where Lord Grandfather’s Living Doll came from, it just adds to the litany of questions you’d want to ask and have answered.

Shadows House: Season 2/ Episode 2 “The Best Star Bearer” – Recap/ Review (with Spoilers)
Overall
As “Shadows House” expands its world beyond Kate and Emilico’s scope, the intrigue builds, and you want to question everything.
Highlights
The World Outside of Kate and Emilico
Lord Grandfather’s Dark Hold
Disputable
83
Follow Wherever I Look on Twitter and Instagram, Like us on Facebook, and Subscribe to the YouTube Channel.