… The debut still isn’t over, but Edward’s possible reveal does present something interesting.

I Could End Their Entire Career – Ricky, Louise, Lou

While Ricky and Patrick’s relationship is by no means terrible, Louise and Lou’s being as it is, creates some jealousy. Be it how Louise fawns over Lou, or they seem so in sync that Ricky is forced to see them as competition. What, of course, doesn’t help is Louise is so condescending, compared to Patrick, that when there is a chance to sabotage Louise and Lou, it temps Ricky.

However, whether or not Ricky does push Louise and Lou in the ditch Louise was found in will be held for the next episode.

I Wanna Be Like You When I Grow Up – Rum, Emilico

The way Emilico talks about Kate is strange and foreign to Rum since, as we’ve seen, Shirley is basically mute. She doesn’t speak, apparently doesn’t release much, if any, soot, and even when it comes to Rum’s name, she named herself. Because of this, she questions her ability to be a good face, but Emilico, being the kind person she is, switches things around. For example, she says Shirley doesn’t admit soot because Rum doesn’t inspire negative emotions, and she layers it on and on until Rum feels quite good about herself.

Which makes them parting to save their masters a bittersweet moment.

A Man Of Great Many Secrets – Jer, Allie, Edward

Why is Edward’s game so elaborate, and who is he really? Also, where is his master, and why is he, Allie, and Jer, roaming about rather than being their masters’ faces? It’s all quite curious, as well as this hierarchy Lord Grandfather apparently has in play.

However, the most confusing thing might be when you see Edward consumed in soot and you being led to question if he was a Shadow Master all along?

What’s beautiful about Rum and Emilico’s relationship is how they bring out the best in each other. For Rum, she gets the most obvious benefits since Emilico’s optimism brings a perspective that is foreign to Living Dolls’ upbringing. However, Emilico benefits as well since, like Shaun, Rum fully accepts who Emilico is and has become her best friend.

The whole game Edward has crafted, and him clearly having his favorites, may play into the politics we’d thought we’d see early on, but it seems clear Shadows House may not touch upon that potential storyline. However, his transformation into a Shadow Master at the end was intriguing. It pushes you to wonder what secrets he holds rather than the focus being solely on his ambitions which, with getting to know so few Shadow Masters who are adults, we’re not sure of what his obstacles are.

Really Wanting This Chapter To End

We’ve spent way too long on this debut, and with each episode hinting more and more to what goes beyond the teenage lives of Shadow Masters, it is making them seem more like liabilities than the mediums who should be introducing us to this mysterious world. One that, with 13 episodes, can’t possibly cover all that we’ve seen Edward hint at or was alluded to thanks to the Shadow Masters watching from afar. 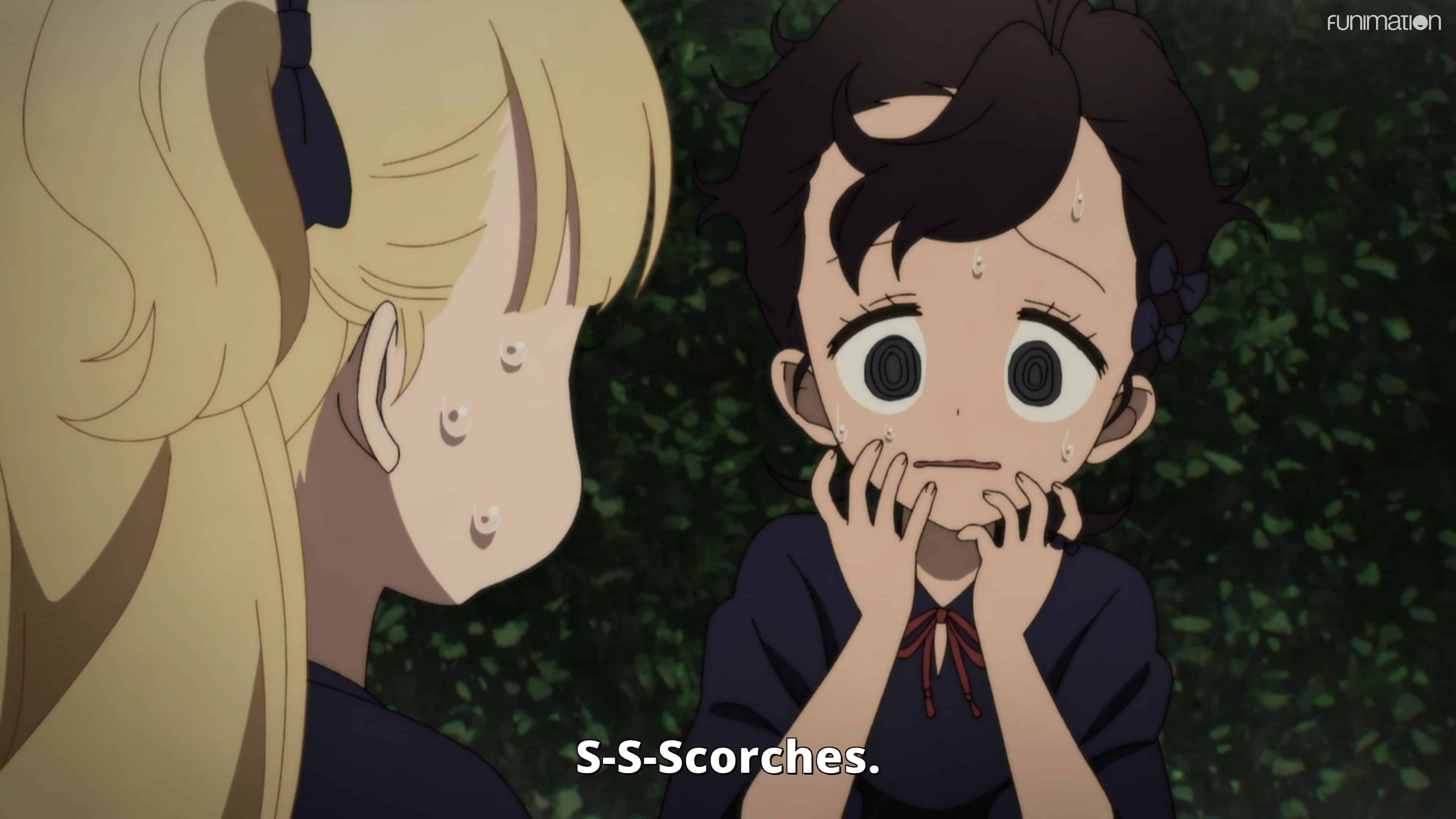 Shadows House: Season 1/ Episode 8 – Recap/ Review (with Spoilers)
Trajectory: Plateau
The tease of what's to come is getting old as it seems the end of the debut gets pushed back further and further. Thus making you wonder if all the possibilities we saw earlier in the season may never come to pass.
Highlights
Edward Just Became Interesting
Rum and Emilico's Relationship
Low Points/ On The Fence
Really Wanting This Chapter To End
76
Subscribe to our mailing list