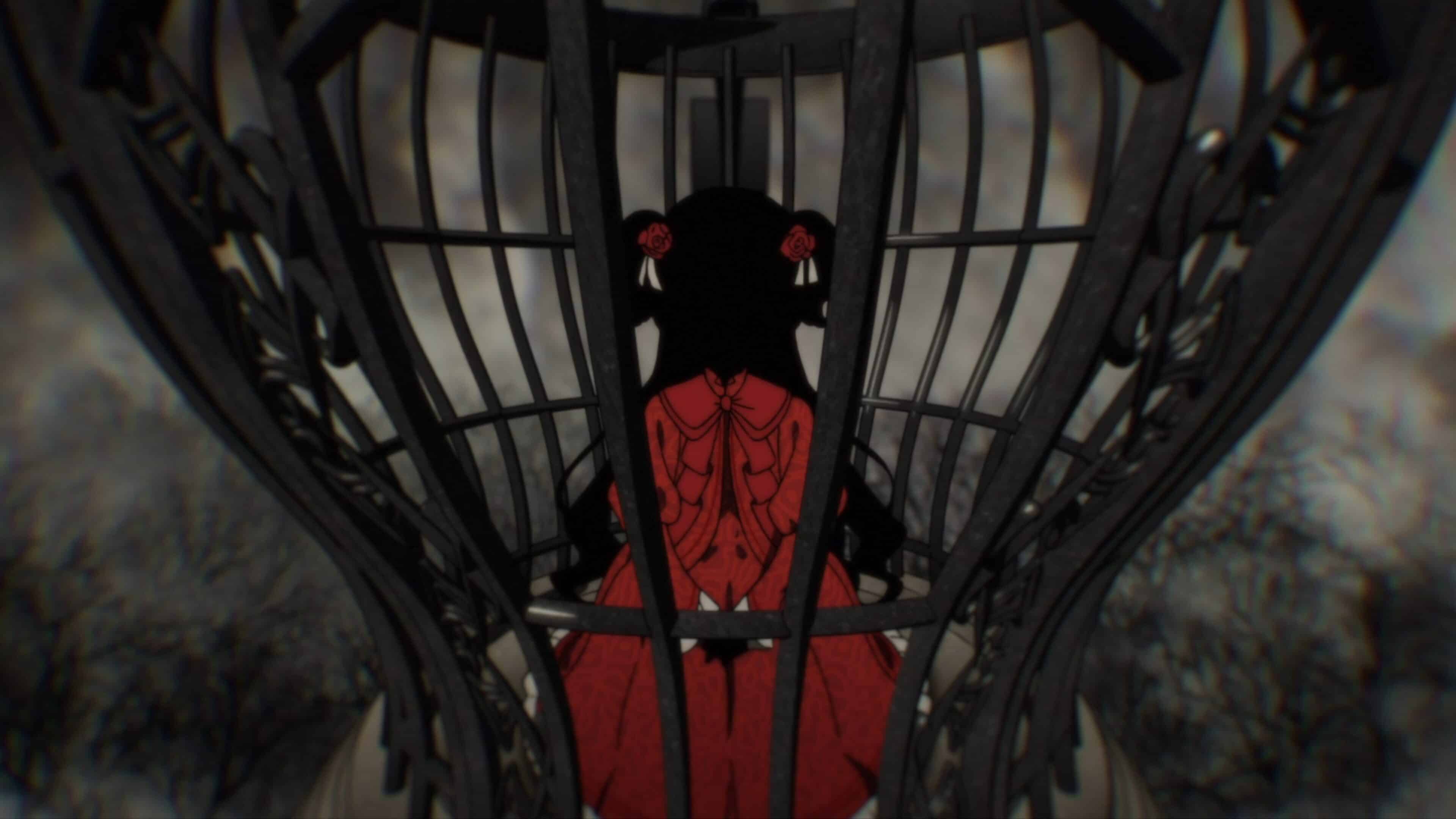 Kate in the cage Edward told her t ostay in

As Edward’s version of the debut continues, the Living Dolls are now tasked with puzzles and a hunt to prove their loyalty to their Shadow Masters.

From what it appears, Emilico has solidified her reputation as the Sunshine Doll as she not only attempts to quell Ricky, who is a bit irate from dropping in Edward’s game, but also the anxiety of the dolls in general. Now, how does she do this? Well, with Ricky, it is a compliment, which confuses him to the point of lashing out a bit. However, as for the rest, it comes from discovering a charm in her food and pushing others to eat as well. Thus leading them to decipher a code and Emilico, since she isn’t as dumb as some may think, figuring out a way out of the room and onto the next task.

Edward wants Emilico and Kate to fail but can’t deny she just got everyone to the next stage. Yet, with her being at the bottom, there is still hope to make sure Ricky and his master pass. So, what is the next challenge? Well, all the Masters were put in traps, in a rather large and elaborate maze, and it is expected of the dolls to find their masters and return within the time limit.

Oh, but to make things slightly easier, they’re allowed to get one item that Edward has set out. Lou takes sheer hedgers based on throwing a rock, and it landing on that. Shaun takes a magnifying glass, Rum a lantern, Ricky a soot cleaning suit, and Emilico? A cart.

One that comes in handy for while everyone starts off as individuals, most end up pairing up. For example, Lou and Ricky pair up, and so do Emilico and Rum. This leads to Emilico and Rum finding a nice little place, far up a hill, where they get some oranges for their master and see a large amount of soot rising into the air. Thus, it is hoped that one of their masters is there, as the map given gives them an idea of where all of them are, but the struggle is real.

To some surprise, Edward isn’t the only one watching what the dolls and their masters do. Elder Shadow Masters watch and are quite entertained by Lou and even Edward’s antics. However, for viewers, one of the more entertaining moments might be John busting out of his box with soot or him proposing to Kate when he finds her. Which, by the way, she rejects the idea of, but considering he doesn’t leave feeling defeated, likely this will come up again.

Never mind, as other Shadow Masters start proposing, do expect it to lead to some drama (we hope).

Emilico has long had feelings of inadequacy and felt the need to prove she belonged and that she isn’t a failure. This has been done through trying to help others whenever possible and foster friendship. However, one issue she has long had is accepting help without it becoming a problem, so for her to not only accept Rum’s help, but Rum taking the initiative as well? It was a major moment.

One that admittedly got us teary-eyed.

What John’s proposal triggers, even if it didn’t sound romantic, is that the next chapter could be the drama of everyone finding their match. Never mind watching them court and having their Living Dolls mimic thing, despite the awkwardness of it all. After all, everyone has been sheltered forever, but the dolls have been building relationships. So imagine if Ricky and Emilico, who aren’t fond of one another, find that their masters do enjoy one another? If not other strange combinations that could complicate the established relationships.

I just want to know more. For example, are any of these people parents, or does Lord Grandfather make children out of soot and shadow? Also, what do these lords and ladies do?