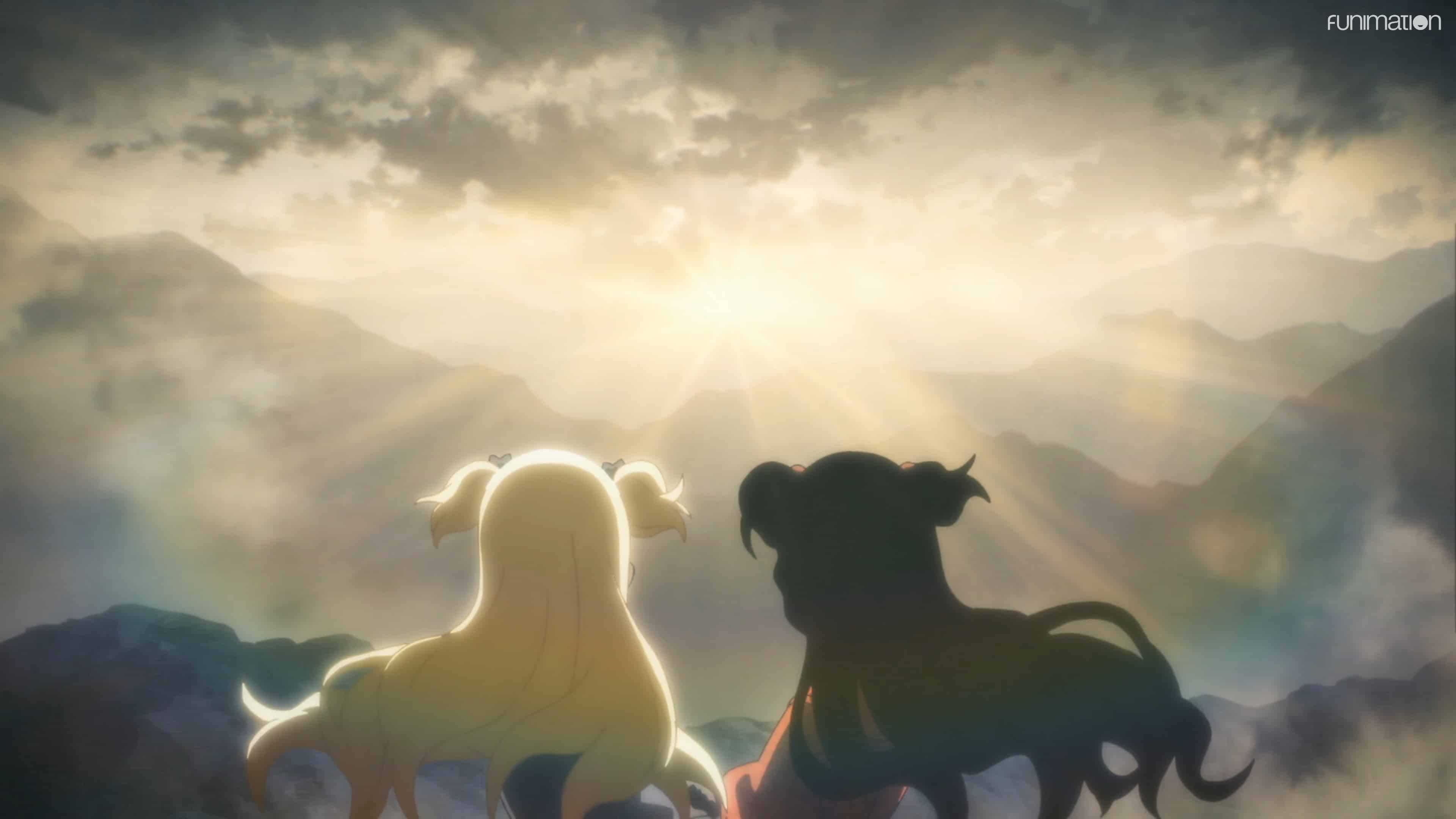 Shadows House neither ends with a bang or a whimper in its finale, but more so an ellipsis.

Because John truly loves Kate, he crosses the bridge and enters into Lord Grandfather’s wing to assist Kate, and he arrives just in time. For with Edward wanting to hold Kate till morning, then expose her, time is of the essence! Luckily, a Morph assists both John and Kate in order to escape, but with Edward, Jer, and Allie right behind them, the situation looks dire.

But, with Kate flying towards the children’s wing, with Emilico next to her, and John giving them a boost – they escape. As for John? Well, surprisingly, he makes it back with the little strength he has left.

Edward’s pursuit of Kate is unending, and thus he ends up in the Children’s Wing and catches the attention of the Star Bearers and their masters, who question his presence. He notes it is for instruction, and they note all he has done is trespass and that his actions have been reported, including abducting a child.

This act by Barbara and the others may seem like a win for Kate, Emilico, and Louise and Lou, who helped alert Star Bearers to what happened, but it is really a win for Rum and Shirley. How? Well, Shirley, despite seemingly drifting away with the wind, simply devolved into a Morph. Now, as for whether she could one day regain her former form? That’s up to be questioned since it isn’t clear whether Shadow Masters get second chances.

An image of Rum, with her face not shown, and Shirley, who has become a bow on Rum’s finger

The only clear thing is that Edward gets put on probation, despite many members thinking he should be banished and his minions sent to the first floor.

Despite what has happened and his minions noting he needs to stop being self-indulgent, Edward vows to continue. Now, how will he try to exact his revenge? That isn’t gone into explicit detail. For sure, all we know is Emilico and Kate move on, with Maryrose teaching them all the things they need to be of use in Shadows House and perhaps move up in the ranks.

Perhaps the biggest thing to note about this episode is that Run and Shirley are alive. It isn’t clear why and whether Rum is locked away or between her shift as a Veiled Doll, but her being alive is something worth being excited about. In fact, without reading the manga, there is hope that, if an OVA or second season gets produced, she could be the catalyst that actually makes Kate a certified troublemaker.

This Was A Weak Ending

Edward pretty much ruined the ending. His reasoning for Kate being terrible, kidnapping Emilico, just the whole saga, didn’t add up to much. Mainly since his suspicions didn’t make sense unless he has the power of foresight and saw Kate would reveal Living Dolls are humans. Which, all things considered, hasn’t really changed anything since no one seems to care. Never mind, considering how much the populace is reliant on coal from the Shadows House, what would really change? Both sides need each other.

Getting back to the point, with the ending on an ellipsis where Edward is defeated but still part of the mansion and seeking revenge, it leaves you wondering if there are additional episodes to finish the story? A thought that might be a waste due to most anime not being given second seasons, even if there is material to adapt from.

The heart of Shadows House’s issue is that Edward’s motive is weak, and even if you paint him as a cartoon villain from a children’s show, again, his motive is weak. Thus making every threatening thing that happens lose its edge and the show, itself, seem like it finishes just when it is getting started.

Shadows House: Season 1/ Episode 13 – Recap/ Review (with Spoilers)
Trajectory: Plateau
The heart of Shadows House's issue is that Edward's motive is weak, and even if you paint him as a cartoon villain from a children's show, again, his motive is weak. Thus making every threatening thing that happens lose its edge and the show, itself, seem like it finishes just when it is getting started.
Highlights
Learning Rum & Shirley Are Alive
Disputable
This Was A Weak Ending
75
Follow Wherever I Look on Twitter and Instagram, Like us on Facebook, and Subscribe to the YouTube Channel.