Rent A Girlfriend: Season 2/ Episode 3 “The Return Of The Girlfriend” – Recap/ Review (with Spoilers) 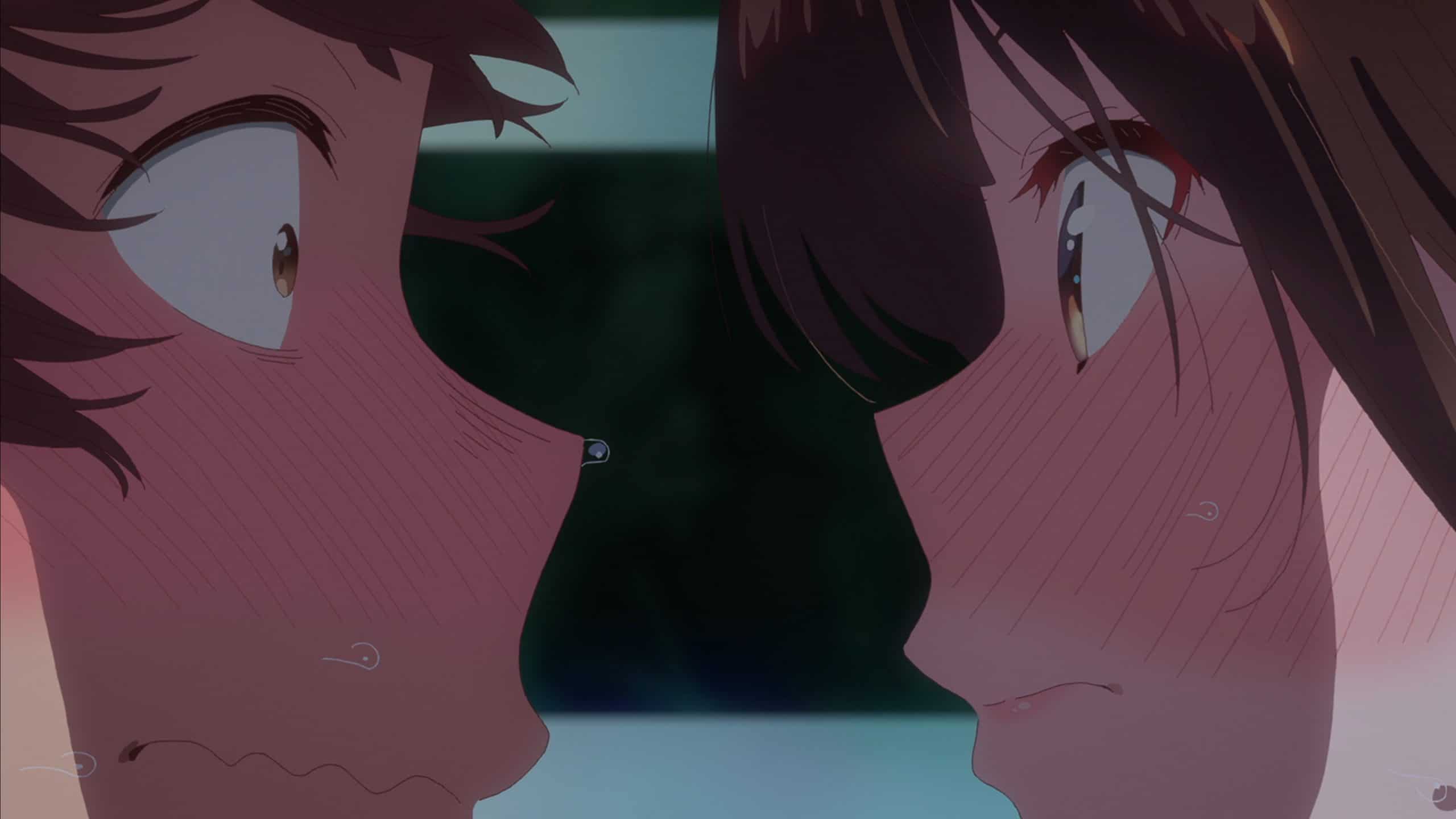 "Kazuya on top of Mizuhara, with sweat dripping off his nose," Rent A Girlfriend, "The Return Of The Girlfriend," directed by Yoshitsugu Kimura, 2022, (Crunchyroll)

While Kazuya’s mind runs wild about what he and Mizuhara’s relationship is, as usual, she drops something personal which may validate his thoughts.

It’s like a dark fantasy come true. With Mizuhara locked out of her apartment and the landlord nowhere to be found, she turns to Kazuya. At first, his thought is maybe she’ll spend the night, which makes him blow a gasket, but instead, she tries to see if she didn’t lock her balcony door. This leads to some ecchi, as Kazuya watches her struggle and then grabs her when he thinks she may fall.

All of this, before, may have led to a punch, a smack, or him being pushed off the banister, but things are different now. Mizuhara isn’t inviting this behavior yet is willing to give Kazuya grace now. The kind he needs for when Mami decides to knock on his door, it raises red flags and questions. Luckily, she doesn’t catch the two together, but it does leave the question lingering in the air of why was she there?

We don’t get that answer in this episode, but we do learn that the reason Mizuhara turned to Kazuya, rather than her parents, or other family members, besides her grandma, is because she doesn’t have anyone but her grandmother. Her dad left the family, her mom died soon after, and her grandpa died a few years ago, so her grandmother and Kazuya are the only constants in her life right now.

This triggers Kazuya to realize how lucky he is and pushes him to remember Mizuhara’s grandmother asking him to look after Mizuhara. It all makes sense now to him, and while Mizuhara still plays down their relationship, clearly, she is becoming more comfortable with Kazuya and his eccentricities.

However, this doesn’t free him from Mami’s suspicions and her possessiveness.

Mizuhara Opening Up A bit

What makes shows like “Rent-A-Girlfriend” good is that you expect less because of the ecchi and vibe people like Kazuya have. So when you are delivered more in the form of Mizuhara having an emotional moment and Kazuya being forced to reflect on his own privilege, it can be a surprise for you. It allows you to see beyond Kazuya’s manic, anxiety-ridden thoughts about what could be, what isn’t, and fantasies that make you question how in touch he is with reality?

Essentially, it reminds you this show has far more heart than most, who just see a few screenshots, maybe a blurb, are likely to give it credit for.